Following the Russia-brokered Syria-Turkey talks in Moscow, hostilities over Idlib may be turning to their last phase, but it's unlikely to be peaceful. 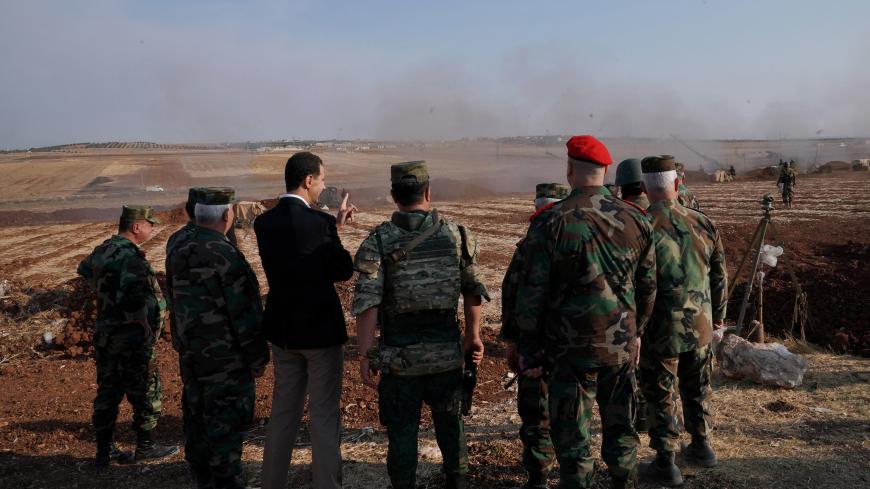 Both events focused on the situation in Syria's northwestern province of Idlib, where government forces on Jan. 26 reached the outskirts of Maaret al-Numan, a town controlled by the opposition. It is a strategic settlement that a major highway linking Damascus to Aleppo passes through. The Syrian army also reportedly wrestled control of 22 towns. The offensive was backed by Russian airstrikes that the Turkish side views as a violation of the cease-fire mediated between Putin and Turkish President Recep Tayyip Erdogan on Jan. 12.

During the first week of this month, Putin left Damascus for Istanbul, reportedly leaving Assad with a sour message. The Syrian army was strongly advised to halt its offensive on Idlib to allow Turkey to relocate some of the opposition groups to Libya and pressure others to break with the Hayat Tahrir al-Sham terrorist group. This is how Moscow interprets the commitment Erdogan assumed in the Russian resort of Sochi in September 2018 as part of the Russian-Turkish deal over Idlib.

Policymakers with knowledge of the situation who spoke with Al-Monitor not for attribution said the Syrian president didn’t like what Putin had to say. The Syrian army, backed by Russian air power, was seizing control of several towns in Idlib and didn’t want to lose its momentum. Yet Assad had to concede to Putin’s advice — some may say demand — since the initiative was part of a bigger package of the Russian-Turkish deal over Libya and bilateral agreements.

Almost three weeks in, the situation in Idlib didn’t appear to have turned for the better, with occasional violations of the cease-fire on both sides and the Syrian army intent to move deeper into the area.

The new push triggered a fresh surge of displacements, with thousands reported to be fleeing toward Syria’s border with Turkey. On Jan. 24, the UN special envoy for Syria, Geir Pedersen, was in Moscow and raised the issue of the severe humanitarian crisis in Idlib and other parts of Syria with Lavrov. During the meeting, the need for the safe and voluntary return of refugees and the internally displaced to their home areas was addressed.

“Ever since we’ve had the deal with Turkey over Idlib, the issue of separating the moderate opposition from the radicals hasn’t been completed. It’s been almost a year and a half. We concede it’s not easy, but this was Ankara’s commitment and we’ve expected them to deliver on it. We can’t just sit on our hands as the terrorist nest thrives there and the Syrian government has no control over it,” a senior Russian military official told Al-Monitor, asking not to be named as he was not authorized to comment to the media.

“The argument that it’s the last rebel-held area is bogus — otherwise what would you call the area east of the Euphrates, isn’t it opposition-held as well? But most importantly, there are no adequate opposition groups left there anymore. Those who wanted to negotiate or depart the area did so, those who stayed are terrorists, mostly HTS [Hayat Tahrir al-Sham], and there’s only one way to deal with one,” the military official said.

Russia’s grievances over Turkey’s inability to separate the opposition groups resemble Moscow’s storyline on working with the Americans over Aleppo. In the fall of 2016 Russia accused the United States of having failed to deliver on its promise to separate the Jabhat Fatah al-Sham, formerly branded as Jabhat al-Nusra, and other extremist groups from more moderate opposition forces.

At the time the United States countered the narrative in two ways. First, it said the American military had not targeted Jabhat al-Nusra because it had become "intermingled" both with civilians and other groups. Second, it argued that Moscow itself was driving the moderates into joining the extremists by massive shelling and airstrikes on Aleppo and neighboring towns.

Unlike in Aleppo, which was severely hit by Russian airstrikes, in Idlib Russia opted for a “softer scenario.” First, it allowed Turkey to deal with the opposition issue on its own and then, when that didn’t work out , Russia moved to occasionally pressuring Ankara into taking action through Syrian army offensives and Russia’s own airstrikes, gradually taking over parts of greater Idlib.

Turkey may not use variations of either of the two points the Americans used to argue with Moscow over Idlib, but Ankara does seem to have a challenge in separating opposition groups from Hayat Tahrir al-Sham, in resolving Turkey's own interest in stay in the Idlib area to project power and influence over Assad and, broadly, the rest of Syria, and in dealing with a legitimate concern about a new influx of Syrian refugees into Turkey.

In the phone conversation with Cavusoglu on Jan. 27, Lavrov seemingly tried to embrace the issues that are critical to Turkey but indicated that Russia was not going to yield any longer in the face of the security challenges coming from the Idlib area. Moscow found there to be violations of the cease-fire on the opposition side.

“The parties gave an overview to the practical aspects of joint efforts to effectively counter the terrorist threat and secure the de-escalation regime in the Idlib zone in accordance to the Russian-Turkish memorandum of Sept.17, 2018,” the readout of the talks said, suggesting that Russia is still interested in co-opting Turkey rather than confronting it.

“The Russian party listed the instances of the cease-fire violations by the radicals sitting in Idlib. It also stressed the need to separate the opposition from the terrorists. Close contacts of the military agencies will be continued. Both committed to continue to support the work of the Constitutional Committee,” the press release ends.

Metin Gurcan of Al-Monitor’s Turkey Pulse reported earlier about the Russia-brokered meeting between the Turkish and Syrian intelligence chiefs in Moscow on Jan. 13. Idlib took center stage of the discussion, with the two parties clearly defining their ultimate goals vis-a-vis the issue.

Meanwhile, Putin’s messengers in Damascus spoke with Assad about the need to “clamp down on the remaining pockets of terrorism and to set tasks to ensure Syria’s long-term security,” according to a Russian Foreign Ministry statement. Perhaps, under the international pressure, including after Pedersen’s visit, the Syrian government was encouraged to offer what the ministry called "comprehensive humanitarian aid to all those in need across the country.”

Given that Lavrentiev and Vershin, accompanied by the military, make personal trips to Damascus — as well as to Ankara and Tehran for that matter — only to convey a big-time decision made in Moscow or on the verge of the time such a decision is be implemented, some fresh dynamics on the issue are likely to be expected rather soon. This may be the last act of the yearslong saga of the siege of Idlib.