Idlib heats up, may be key to Russian-Turkish deal in Syria

As Idlib in western Syria falls to an extremist rebel faction, Moscow and Ankara consider their options there and in northern Syria. 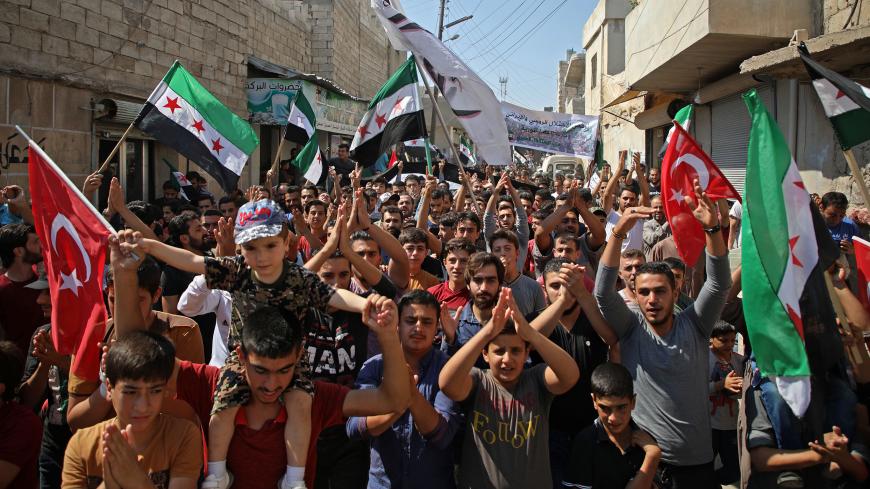 Syrians chant slogans as they wave flags of the opposition and of Turkey during a demonstration against the Syrian government, Hazzanu, Syria, Sept. 21, 2018. - AAREF WATAD/AFP/Getty Images

The sand continues to shift in Syria, as each of the many players there maneuvers for its most advantageous position.

The terrorist-designated rebel alliance Hayat Tahrir al-Sham (HTS) has managed to expand its control over virtually the entire Idlib de-escalation zone. After days of fierce fighting, HTS devastated the Nureddin Zengi Brigades (NZB), one of the largest factions of the Turkish-backed National Liberation Front (NLF). The other NLF forces there then signed a cease-fire agreement with HTS on Jan. 10 without any substantial resistance. Under the arrangement, the NLF handed over all the territories it controlled there to the so-called Syrian Salvation Government — the civil administration wing of HTS. Those moderate opposition groups then had to leave, evacuating to Afrin.

Groups that declined to move to the “Turkish protectorate” in the Afrin area have basically become HTS subordinates. Under these conditions, it would seem impossible to maintain the de-escalation memorandum signed in September by Russia and Turkey in Sochi, Russia.

Yet according to Turkish Foreign Minister Mevlut Cavusoglu, there are no insurmountable problems with maintaining the agreement. “We are taking all necessary measures to stop these attacks by radical groups … in Idlib,” he said.

Moscow also reiterated its commitment to the Russian-Turkish memorandum of September, but expressed unease with the situation in Idlib.

“We are seriously concerned by the number of cease-fire violations [there]. More than a thousand such cases have been recorded since September of last year,” Russian Foreign Ministry spokeswoman Maria Zakharova stated during a Jan. 11 news briefing. While it's important to manage the cease-fire, she said, it's also critical to keep the Idlib de-escalation zone from becoming “a shelter for thousands of terrorists.”

She said the zone should be considered "temporary."

These statements were made just as the moderate opposition was capitulating to HTS and withdrawing to Afrin. Afrin is controlled by pro-Turkish factions of the Syrian National Army (SNA, which is affiliated with the Free Syrian Army, FSA). Omer Ozkizilcik, a security analyst at the Ankara-based Foundation for Political, Economic and Social Research, tweeted Jan. 10 that the first of 1,700 NLF members from the Ahrar al-Sham and Suqour al-Sham factions were starting to leave the area and move to the so-called Turkish protectorate in the Afrin area.

It should be noted that in February and March, the Syrian Liberation Front — an alliance of NZB and Ahrar al-Sham — with Turkey’s assistance in logistics managed to inflict substantial damage on HTS, taking over large territories, numerous cities and towns. But in the recent NLF/HTS confrontation, Turkey reportedly ignored pleas by civil society activists of greater Idlib to intervene and support the NLF. The concentration of Turkish-backed SNA forces along the boundary line with HTS turned out to be merely for show. The NLF was left with no help. The lack of support and probably the absence of direct orders from Ankara to mobilize the NLF made organized resistance impossible and led to the moderate opposition’s collapse.

The mild reaction from Ankara and Moscow stirs speculation. The developments might not have been pre-planned by Russian President Vladimir Putin and Turkish President Recep Tayyip Erdogan in advance, but the events didn't contradict the two nations’ objectives. Hence, Turkey failed to intervene and Russia remains seemingly indifferent, not requiring Ankara to take any urgent actions to restore order.

There's a lot of evidence that Ankara finds retaking Idlib less of a priority than pursuing Kurdish factions in Manbij and on the east bank of the Euphrates. Turkey is preparing to attack the Syrian Democratic Forces (SDF), a Kurdish-Arab alliance currently supported by the United States. SDF includes the People's Protection Units (YPG), a Kurdish faction that Turkey considers a terrorist group.

Turkey's priorities could make Idlib a key bargaining chip for Ankara in a potential deal with Russia. Moscow and the Syrian regime have wanted to launch a military operation against HTS without the moderates in the way. The moderate groups are gone now.

Moscow could influence Damascus to allow Ankara to spread its control over some of the Kurdish territories. For its part, Ankara would withdraw its forces from Idlib, clearing the way for Russia and the Syrian regime to attack the militants there, returning Idlib to the Syrian government's authority and relieving Turkey of any further obligations in the de-escalation zone.

Turkey probably lost interest in controlling Idlib and carrying out the Sochi memorandum once it learned about US plans to withdraw from Syria prematurely. At that moment, the operation east of the Euphrates and eliminating SDF troops in Manbij became a priority.

At the same time, Ankara’s intention to move against the SDF has been criticized by certain renowned Turkish military officers. As Al-Monitor reported Jan. 7, the officers pointed out that Turkey's army would have to fight against much more substantial forces than it has previously in Syria. Thus, they said, the number of Turkish soldiers in combat — and hence the number of casualties among them — would be larger, and the outcome would be unpredictable.

With this in mind, the ongoing confrontation with HTS in Idlib and the significant presence of Turkish troops there could be considered a reckless positioning of forces. On the other hand, the moderate opposition's withdrawal from Idlib to the “protectorate” in northern Aleppo will double the number of SNA troops deployed there for attacks on the Arab-Kurdish SDF, decrease the number of Turkish troops needed in Idlib and partly deflect some military leaders' criticism of the government. Moreover, this takes care of the issue of “dividing” the moderate opposition from the radicals, which used to cause many debates with Moscow. (Moscow initially wanted all the opposition forces to leave the area, while Turkey supported and received help from the more moderate ones and wanted to keep them.) Now the radicals are staying in Idlib for the time being while the moderate opposition as a whole is moving to the Afrin area.

In this situation, Moscow is willing to play along with Turkey, at least to delay action for a while in Idlib, even though terrorists control the entire area. For Ankara this is crucial, since the United States is waffling on a schedule for pulling out troops. Without well-coordinated timing on Erdogan's part, he could risk losing Idlib without the compensation of receiving areas in northern Syria. It's not clear how long Russia will wait before attacking HTS, given the moderate opposition's departure and HTS' creation of a terrorist pseudo-state under its puppet Syrian Salvation Government.

Time is not on Turkey's side. HTS is growing stronger, and the Kurds in Manbij and east of the Euphrates are seeking backup support from Damascus. Turkey can't act until the US makes up its mind about withdrawing.

All of this pushes Turkey to respond by claiming just the opposite, saying it has everything under control and issuing harsh statements such as Cavusoglu's on Jan 10. The foreign minister denounced speculation that Ankara’s new military operation in Syria depends in any way on the status of US troops.

Putin and Erdogan are supposed to meet Jan. 23 in Russia, where they are likely to focus on Idlib’s future. The outcome is anyone's guess. 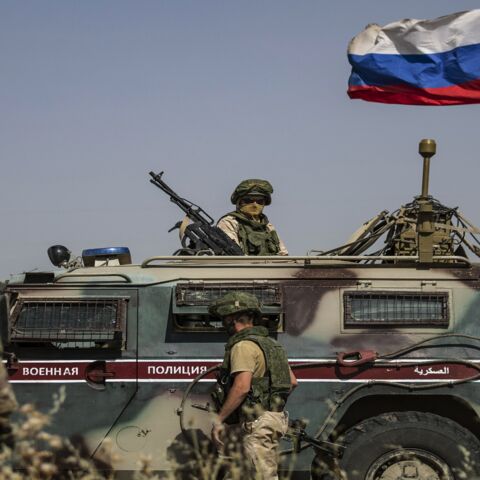 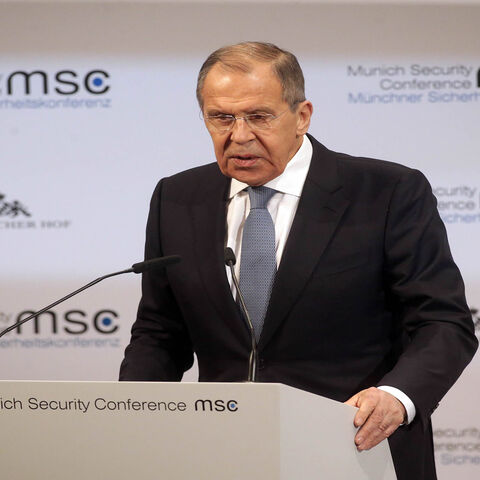