Despite the apparent progress in peace talks, there's still a lot of maneuvering going on in Syria — on the ground and among the many parties involved. 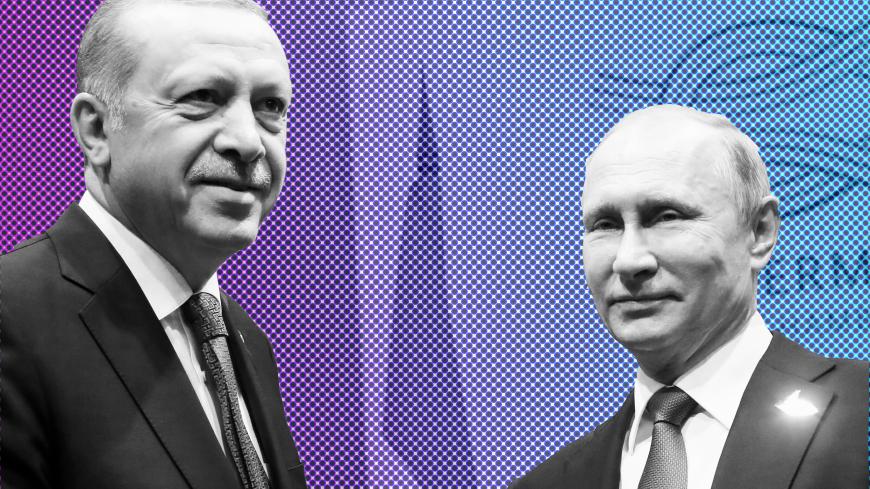 Encounters between Russian President Vladimir Putin and Turkish President Recep Tayyip Erdogan tend to leave Middle East watchers pondering the implications of their discussions for the region. The recent meeting in Ankara between the "friends," as they referred to one another at a Sept. 28 press conference, was no different in that respect.

On the surface, the pragmatic meeting wasn’t anything extraordinary; no concrete agreements were announced. The parties reiterated their commitment to de-escalation zones that “help create conditions to end the fratricidal war in Syria.” They also discussed the Iraqi Kurdistan independence referendum, as well as Russian-Turkish trade and energy cooperation. The confidential character of the negotiations in parallel with a meeting of Russian and Turkish security and military services and the recent statement from Erdogan that Turkey will be deploying its own forces in Idlib all indicate the “Syrian agenda” dominated Putin's visit to Ankara.

Remarkably, before the visit, Turkish Prime Minister Binali Yildirim said Turkey is working alongside Russia and Iran to set up a new de-escalation zone in Afrin, a Syrian town populated mostly by ethnic Kurds. On the same day, Turkish Foreign Minister Mevlut Cavusoglu criticized Russian airstrikes in Idlib that he said killed civilians as well as militants of the moderate opposition forces and could damage the credibility of peace negotiations in Astana, Kazakhstan.

As Al-Monitor previously reported, the guarantor states of the Astana agreements — Russia, Turkey and Iran — finally on Sept. 14-15 charted key parameters of the four Syrian de-escalation zones. Moscow has been deploying Russian military police on the border of Hama and Idlib provinces.

Yet since the Hayat Tahrir al-Sham coalition of Islamist factions attacked Russian forces Sept. 19 in the Idlib zone, the situation in northwest Syria has deteriorated. Russia’s chiefs of general staff accused US intelligence services of initiating a large-scale offensive by Hayat Tahrir al-Sham-affiliated Jabhat al-Nusra forces in western Syria. Moscow claims the Americans, seeking to disrupt the Syrian army's advance in the east, passed on sensitive information about the location of Russian military police on the southern side of the Euphrates in Deir ez-Zor. Subsequently, the Russians delivered a series of strikes in the Idlib zone, which includes parts of Aleppo, Hama and Latakia provinces.

Moscow said it delivered strikes only to suppress Hayat Tahrir al-Sham forces, which continue to attack Russian military police. On Sept. 28, Russian Defense Ministry spokesman Maj. Gen. Igor Konashenkov went even further, saying, “Throughout the week, all strikes by Russian aircraft in Idlib province have been zeroing in on the equipment, reserves and groups of Jabhat al-Nusra militants who tried to carry out surprise attacks to set free terrorists from the Akerbat pocket in eastern Hama.”

Given that the Akerbat pocket is known for the presence of Islamic State (IS) forces rather than Jabhat al-Nusra, the statement seemed to imply that Jabhat al-Nusra was trying to save IS.

The very idea that Hayat Tahrir al-Sham would come to the rescue of its archrival IS is a strange one. And just looking at a Syrian situation map makes it clear Konashenkov's statement was purely populist. The Akerbat pocket is far from Hayat Tahrir al-Sham positions. Militants have been operating hundreds of miles away in northern Hama, while some IS members and their families were evacuated from the Akerbat pocket to rebel-held Idlib under a deal with the Syrian regime. Besides, the locations of the police deployment cannot be secret, by default. Similarly, any foreign forces within reach of radical groups are always a desirable target. This is especially true given the word that Russia and Turkey have been coordinating their efforts to further weaken Hayat Tahrir al-Sham's potential in the Idlib zone.

In the past few months, Hayat Tahrir al-Sham has been launching more offensives against other opposition forces that opted to participate in the Astana negotiations. The Hayat Tahrir al-Sham objective has been to secure a stronger presence on the ground and replace local administrative authorities with people loyal to the radical group. Yet Hayat Tahrir al-Sham unilateral actions against Faylaq al-Sham, Ahrar al-Sham and other groups, as well as the possibility that Turkey potentially would create a buffer zone in Idlib, triggered a Hayat Tahrir al-Sham internal crisis. Additional defections — of such factions as Nureddin Zengi Brigade and Jaish al-Ahrar, and cleric Abdullah al-Muhaysini — put Hayat Tahrir al-Sham on the verge of collapse.

Under these circumstances, the only efficient way for the group to save itself was to initiate a massive offensive on pro-government forces to provoke them into retaliation and thus attract other opposition forces to its side. And that's what happened: Hayat Tahrir al-Sham launched an offensive to undo the progress made at Astana. Russian intelligence services could not have missed that intent. Deploying Russian military police in Hama and Idlib was arguably an accurate but hasty decision. Moscow moved to deploy its “monitoring force” in a dangerous zone, probably putting too much trust into Syrian government forces. President Bashar al-Assad's regime launched its own offensive on the Ain Tarma and Jobar fronts, right inside the Eastern Ghouta de-escalation zone.

In other words, the situation took a dangerous turn and indeed needed a serious conversation at the top level. Following the Putin-Erdogan meeting, Russian air forces continued delivering strikes on Idlib while Turkish troops sent reinforcements to Hatay province bordering Idlib. However, if Moscow and Ankara are to save the cease-fire and the Astana agreements, it is time for them to come to terms with reality by shaping a buffer zone in Idlib, supporting the opposition and targeting Hayat Tahrir al-Sham.

In its attempts to help Damascus — and Tehran — control more territory in eastern Syria and curb the advance of the US-supported Syrian Democratic Forces, Russia found itself in a difficult situation. On the one hand, weakening Hayat Tahrir al-Sham demands the concentration of forces and coordinatiion with allies in Idlib. Ankara will probably transfer some of the opposition forces it supports from northern Aleppo to the border with Idlib. To prevent clashes between Kurdish and pro-Turkish forces, another de-escalation zone would be needed in Kurdish Afrin. On the other hand, Moscow would need to continue its fight against IS, which has demonstrated its strong potential to resist and counterattack.

Current developments require the clearly definition of priorities and a decisive response to emerging challenges; successful IS actions at al-Sukhna and the group's advance toward Palmyra, both in Homs province, have showcased how vulnerable the regime is in those directions. Opposition forces' rising activity in southern Syria also threatens the Astana agreements. Shabab al-Sunna, a group affiliated with the Free Syrian Army’s Southern Front, operates in Daraa province and said it would launch operations against the regime should Damascus and Moscow continue their attacks on the opposition in the country's northwest.

Russia currently is operating from a position of power. But its carrot-and-stick approach is undermining the hard-won trust of regional players. Alexander Lavrentiev, Putin’s special envoy for Syria, said Moscow does not approve of opposition attempts to create the Syrian National Army. The opposition has been worried that the de-escalation zones aren’t really designed to create stability in Syria, but rather are about weakening and “taming” the opposition, using a pretext of providing humanitarian aid to restore Assad’s control over the territories.