The Egyptian minister of planning announced $316 million worth of investments in the Sinai Peninsula for fiscal year 2020, but observers are skeptical in light of the threats posed by the Islamic State in Sinai. 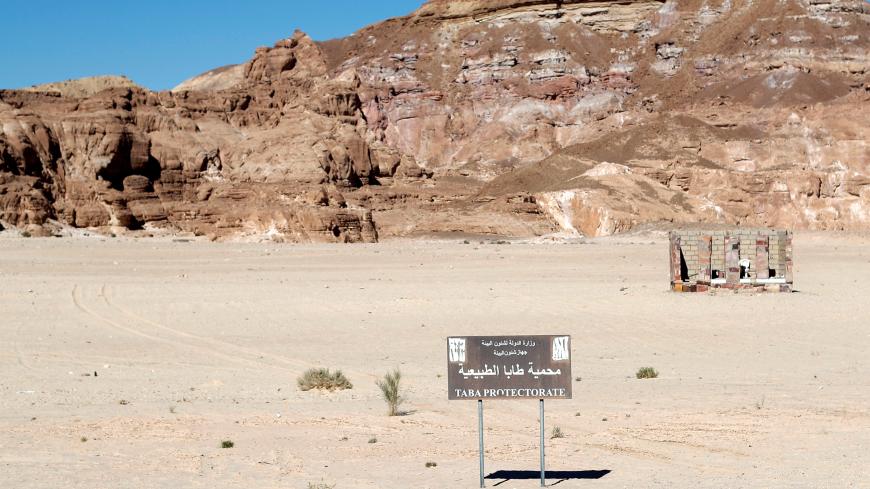 SINAI PENINSULA, Egypt — Egypt’s government is allocating investments in the Sinai Peninsula worth 5.23 billion Egyptian pounds ($316 million) for the fiscal year ending June 30, 2020. The Ministry of Planning, Monitoring and Administrative Reform announced the news in a statement Aug. 22.

This would increase by about 75% the government investments registered in fiscal 2019 in Sinai and falls within the scope of the Egyptian government endeavors to develop the area reeling under decades of neglect.

According to political analysts and economists, the Egyptian government is showing its commitments in the implementation of the Sinai development plan it embarked on in 2018. However, this plan faces major challenges amid threats from the Islamic State (IS) branch in Sinai, which the army is seeking to uproot from its stronghold in the northern part of the peninsula.

A Sinai source close to the security and government departments in Sinai said that for the first time the government has been expanding development projects in the peninsula. “But Sinai citizens have yet to feel the tangible results of these projects because of the security conditions there, especially in northern Sinai,” the source told Al-Monitor on condition of anonymity.

Sinai has been marginalized for decades ever since Egypt regained sovereignty over it following the landmark peace treaty known as the Camp David Accords concluded by Cairo with Tel Aviv in 1979.

The peninsula remained neglected during the era of former President Hosni Mubarak, and it turned into a stronghold of extremist groups from al-Qaeda to IS. But the January 25 Revolution in 2011 was a wakeup call to the Egyptian authorities.

After the revolution public demands were raised for developing Sinai, which pushed the military council that took over the reign of power in 2012 to establish an economic body known as the Sinai Development Authority.

Unfortunately, this approach was soon suspended by the unrest in the country. It was reactivated with the ascend of President Abdel Fattah al-Sisi to power in 2014, who promised to develop Sinai.

In March 2018, Sisi issued Decree No. 107 of 2018 to form a committee to tender lands in northern Sinai as part of the Sinai development plan. The decision introduced legislative amendments allowing foreign investors to have usufructuary rights over Sinai land.

The Sinai source told Al-Monitor that northern Sinai is still the scene of military operations and clashes between the army and IS operatives. “Work is already in place and there is an industrial zone in the area of ​​Bir al-Abed and housing projects for the residents, but the security threat remains an obstacle to the authorities and the residents,” the source added.

On Nov. 10, 2017, IS targeted seven trucks belonging to a cement factory in central Sinai. One of the truck drivers and an Egyptian security officer were killed.

Unlike northern Sinai, the source said, central and southern Sinai are seeing security threats receding in light of a rise in developmental activities. “The government is establishing 11 development complexes in central Sinai and tourism activities in the south are recovering.”

Egyptian tourism was hit by a severe blow when a Russian passenger plane crashed in Sinai in late October 2015.

Egypt is seeking to increase the number of tourist arrivals to 12 million during fiscal 2020 — up by about 11% from the previous fiscal year after Russian flights resumed in April 2018.

For Rashad Abdo, an economic expert and head of the Egyptian Forum for Economic and Strategic Studies in Cairo, the government's increase in investments proves its genuine intend to develop Sinai while fighting terrorism.

“The majority of these investments are aimed at creating an infrastructure to attract investors,” he told Al-Monitor. “The authorities realized that defeating terrorism is not limited to finding a security solution. A more dynamic solution is needed, consisting of ensuring development, creating projects and settlement of Egyptian residents in the Sinai’s vast desert.”

In April 2018, Ibrahim Mehleb, Sisi’s assistant for national and strategic projects, said in a speech at the Egyptian Armed Forces’ 25th Intellectual Seminar that the Sinai development plan was expected to cost 275 billion pounds ($16.6 billion) and to be completed by 2022. He described it as a “matter of national security.”

At a May 14 government meeting, Maj. Gen. Assem Abdullah, representative of the Armed Forces Engineering Authority (affiliated with the army and executing the Sinai development plan), noted that the Sinai Development Authority has completed the establishment of 171 out of 312 comprehensive development projects in the peninsula since June 30, 2014, at a cost of 199 billion pounds ($12 million). These projects include digging tunnels under the Suez Canal, developing El-Arish International Airport and establishing an industrial zone in Bir al-Abed and in the new city of Rafah.

Yemen al-Hamaki, an economics professor at Ain Shams University in Cairo, told Al-Monitor that Sinai is currently witnessing a quantum leap in terms of infrastructure projects such as Suez tunnels aimed to facilitate movement to Sinai. Yet she said, “Raising this type of government investments indicates that the government is bearing on its own the cost of this development plan in Sinai, which requires huge funding. This is a negative indicator.”

She noted that the government should encourage small enterprises and foreign and Arab investment to take part in its plan.

Meanwhile, Hassan Nafaa, a professor of political science at Cairo University, linked the development of northern Sinai to the US peace plan in the Middle East, known as the "deal of the century." He told Al-Monitor that the leaks to the media about the US plan indicate that Sinai would be part of the political settlement plan for the Palestinian cause.

The United States has denied these leaks. Trump's Middle East peace envoy Jason Greenblatt refuted in an April 19 tweet any allegation that Sinai was part of the US peace plan.

He expected to get a clear picture of the Sinai development plan by the end of this year, in light of the projected US peace process after the Israeli elections. “There will be no real development without knowing Sinai’s exact position in this [US] political process,” he concluded.