Egypt announced a plan to attract 3 million Egyptians with the aim of resettling them in the Sinai Peninsula, as part of a more comprehensive plan to reconstruct Sinai and fight terrorism. 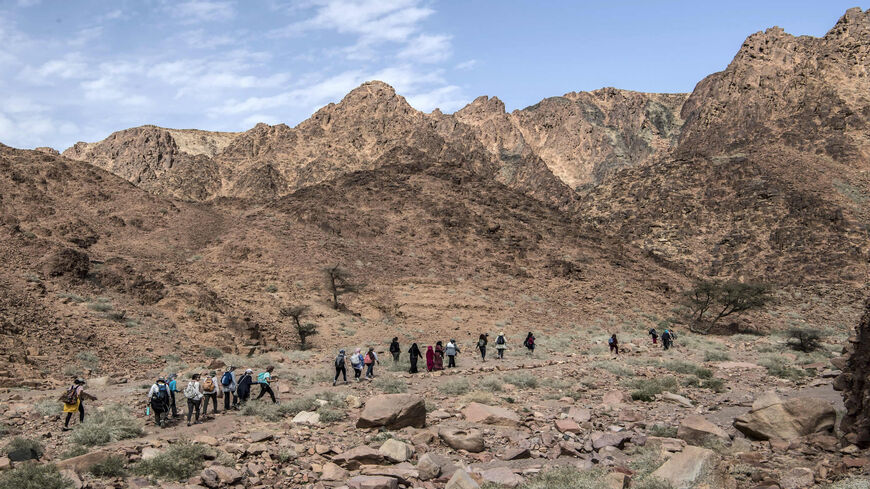 CAIRO — The Egyptian army has yet to officially announce the end of the anti-terrorism operation it launched in the Sinai Peninsula in 2018. But the expansion of development projects in Sinai with the aim of resettling a large number of residents is a sign that the government is signaling the beginning of a return to normalcy and a reduction of the threat from terrorists.

The development sector in the northern Sinai governorate revealed June 10 that the state has spent 4 billion Egyptian pounds (about $255 million) since 2014 on  projects in the governorate.

Naji Ibrahim, head of the development sector in the governorate, said in June 10 press statements that these projects aim to improve roads and services (electricity, sewage and drinking water) all the while turning Bedouin villages and areas into integrated cities and modern housing complexes. He also mentioned industrial and agricultural projects to cover the needs of the northern Sinai residents, namely the food supply. He also said that there are projects that will attract more investments and residents to permanently work and reside in the governorate, in accordance with the directives of the political leadership.

As for attracting more residents to Sinai, the State Information Service (SIS), which is affiliated with the Egyptian presidency, said in a May 13 statement that the government plans to resettle 3 million Egyptian citizens in northern and southern Sinai in the near future. This number, it added, is to reach 8 million in the long run. The resettlement plan consists of attracting Egyptians to Sinai by providing all means of comfortable and integrated life and developing Bedouin areas into residential communities.

According to SIS, each housing complex includes housing units, agricultural lands, a mosque, a school, health-care centers, youth centers (sports and social clubs) and industrial projects, among other facilities. The service indicated that Sinai already includes 18 complexes, including 11 in northern Sinai and seven in southern Sinai.

Officials in the northern Sinai governorate told the press June 5 that the residential complexes will allow every family/single individual, to own 5 agricultural acres and a house in villages with comprehensive facilities and services, in addition to greenhouses, open lands for growing vegetables and fish ponds.

Since 2013, Sinai has witnessed a steady wave of terrorist operations that targeted the police, army and civilians in response to the Egyptian army’s ouster of former President Mohammed Morsi on July 3, 2013, following popular protests June 30 deemed as the largest in the history of Egypt. These protests had called on Morsi to hold early presidential elections.

Mohamed Bahaa el-Din, a former professor of political science at Suez Canal University, told Al-Monitor that development projects and the plan to resettle 3 million Egyptians in Sinai refute all rumors that the Egyptian political leadership’s solutions to eliminating terrorism were limited to security measures alone.

“This proves that the security solution was just aimed at providing a suitable atmosphere to attract people into the area,” he said.

He noted that the development projects and the plan to resettle millions of Egyptians also refute lies whereby the Egyptian political leadership was seeking to evacuate Sinai with the aim of settling Palestinians there as part of the US Middle East peace plan announced by former US President Donald Trump.

On March 17, Human Rights Watch criticized the Egyptian army’s establishment of a 13.5-kilometer (8-mile) buffer zone along the Egyptian border with the Gaza Strip, which required the evacuation of 3,200 families.

Some politicians and newspapers opposed to the Egyptian regime, led by those belonging to the Muslim Brotherhood, considered that the evacuation in Sinai to make way for the buffer zone aims to resettle the Palestinians in it as part of the US peace plan. However, the United States denied that Sinai was part of any political settlement between the Israelis and the Palestinians.

But these same politicians, newspapers, and rights organizations disregarded the state’s granting of alternative housing to the residents of the buffer zone. The state had some of the displaced return to their areas at a subsequent stage, starting in 2016, and the current development efforts prove that there is no plan to give up any part of Sinai for the benefit of the Palestinians.

Ahmed Abdel-Aal, a professor of sociology at Menoufia University, told Al-Monitor that resettling 3 million Egyptians from different governorates in northern Sinai breaks the state of isolation that Sinai and its people have experienced for several decades due to the marginalization of successive political regimes. This, he added, “resulted in the alienation of some residents, as some city residents felt apathy toward the problems and suffering experienced by the residents of Sinai. Such situations cause the disintegration of societies, while projects to fight isolation contribute to deepening ties and achieving true citizenship.”

SIS had stated in its May 13 statement that the plan to resettle millions of Egyptians in Sinai aims to combine the culture of Sinai with the culture of the rest of the governorates.

Abdel-Aal concluded by saying that the plan will face some hurdles along the way, as urban residents rarely favor moving to remote areas. “The state should promote stability and provide comfortable ways of life in Sinai all the while promoting Sinai as a land of opportunities. The state should also monitor the problems of the Egyptians who are set to move to Sinai and constantly work on providing swift solutions to them.” he added.