Despite demands to accelerate development and land reclamation projects in the Sinai Peninsula, Egyptian President Abdel Fattah al-Sisi postpones plans for a crucial canal due to health concerns. 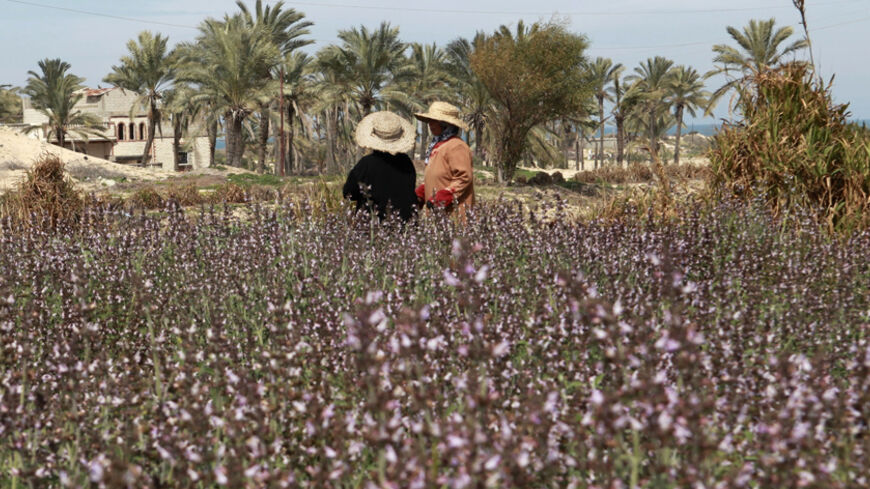 CAIRO — Despite public demands for the development process in the Sinai Peninsula to be accelerated and for the land reclamation plan to be completed to encourage Egyptians to stay and live in Sinai, Egyptian President Abdel Fattah al-Sisi has ordered the government to stop pumping water into al-Salam Canal. Sisi also ordered that the project be delisted from the first step of a plan to reclaim 4 million acres of land, refusing to allow a project that would supply the canal with polluted wastewater.

Al-Salam Canal was a project adopted by in 1989 by then-President Hosni Mubarak; it aimed to supply Sinai with water and reclaim 620,000 acres of land located to the west and east of the Suez Canal. It also had the aim of establishing towns, with full services, which would host 3 million Egyptians. These services include hospitals, schools and markets in addition to electricity, transport, water and arable land.

But Sisi was adamant that the project not rely on polluted wastewater, saying he would not allow for Sinai’s economic development to come about like that. Sisi’s decision came amid the insistence of Sinai tribes on activating two vital projects, a big industrial zone and al-Salam Canal, as a means of undercutting terrorism. Partisan political powers in Egypt have agreed that the solution to terrorism should not be displacing residents, evacuating the border area or imposing curfews, but rather construction and development.

Ibrahim Mehleb's Cabinet took major steps to resolve the crisis. Minister of Water Resources and Irrigation Houssam al-Moghazi said in a media statement: “After the presidential order to not pump polluted water into Sinai lands was issued, it was decided to set up two treatment plants for the water supplied to the canal, and postpone the inclusion of Sinai lands in the 1 million acres reclamation project until the presidential program’s second phase. [The canal project will be postponed] until the two plants are set up, with a cost reaching 900 million Egyptian pounds [$125 million].”

Al-Monitor spoke with Safwat Abdel Dayem, an irrigation and sanitation expert and former secretary-general of the Cabinet. “The al-Salam Canal project was designed in the late 1980s to rely equally between Nile water and water from agricultural drainage. [This was decided] because the Nile cannot provide the whole amount of water due to Egypt’s limited water share in the Nile, namely 55.5 billion cubic meters per year,” he said.

He then added, “The idea was acceptable, given that the water resulting from agricultural drainage did not have high levels of pollution that harms crops. The situation has now changed. Implementation of sanitation plans in Egyptian towns was postponed, resulting in high levels of pollution in agricultural drainage as sewage water coming from underserved towns was channeled into this drainage.”

For his part, Mohamed Nasser Eldin Allam, a former minister of water resources and irrigation, spoke about the crisis in a phone interview with Al-Monitor. “There is an agricultural drainage called Baher Hadous, whose water pours into al-Salam Canal. Pollution in this drainage has hit high levels as adjacent underserved towns channel their sewage water into it. This comes as a result of the budget deficits throughout the past 15 years, which impeded the construction of sewage networks for these towns.”

He explained that establishing treatment plants for agricultural drainage water that supply al-Salam Canal would be costly. This is particularly true if a second or third phase of treatment is needed to purify the water.

He noted that he drafted an irrigation and sanitation law, including general rules for the use of agricultural drainage water for cultivating specific types of crops, given the limited amount of clean water in Egypt. “Indeed, the al-Salam project, with its design to mix its water with the water of agricultural drainage and not that of sewage, was suitable for the cultivation of all crops. The postponement of the project may be the result of concern about the suitability of this water for all types of crops. It [the postponement] can also have strategic purposes given the lax security in the area.”

Regarding the effect of Sinai’s [economic] development on fighting terrorist groups, Maj. Gen. Nabil Fouad, a former assistant to the defense minister and a strategic studies expert, said in a phone interview with Al-Monitor, “Currently, Sinai is in need of a comprehensive strategy to exterminate the hotbeds of terrorism. This strategy should rely on security and development plans going hand in hand. What is happening at the moment is that security and development plans are being implemented at different paces. The security effort is currently prevailing given the circumstances.”

He affirmed that terrorism was represented by a specific group in Sinai and was not deep-rooted. This is why comprehensive development plans can be implemented without impeding security efforts. “Throughout history and during all Egyptian wars, the residents of Wadi in Cairo took on the task of defending Sinai. It is now time to settle people in Sinai so that they defend the security, safety and properties of their children.”

Egyptians have dreamed of fighting terrorist groups who are using Sinai as a permanent stronghold through developing the lands of this arid border area and settling people in it. All of this, however, depends on water being supplied through the al-Salam project.