Intel: How Russia is deepening military ties with Iran to counter the US

Russia and Iran have agreed to tighten their military ties in a joint challenge to perceived US hegemony in the Middle East. 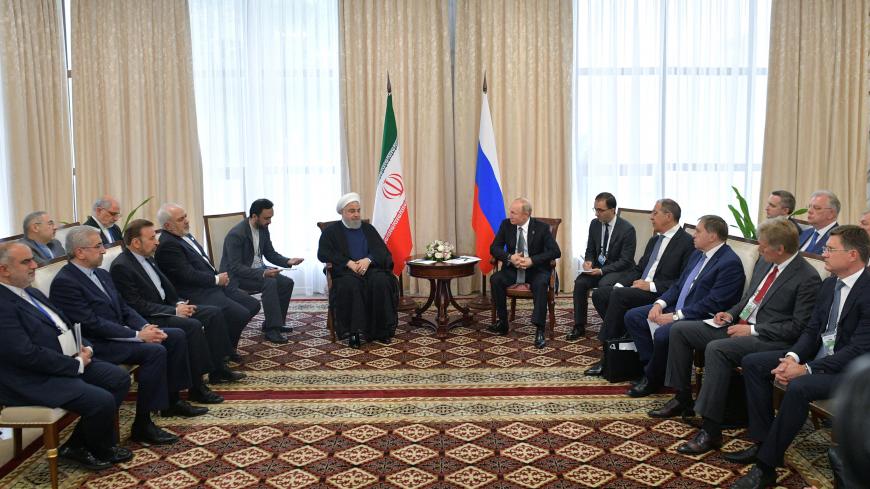 Russia and Iran are deepening their military ties in a joint challenge to perceived US hegemony in the Middle East. The Russian Defense Ministry and the General Staff of the Iranian Armed Forces signed a memorandum of understanding that seeks to expand military ties between the two countries on Monday during Iranian Navy Commander Hossein Khanzadi’s three-day visit to St. Petersburg.

"This is the first memorandum of understanding of this kind, and it may be considered a turning point in the relations of Tehran in Moscow along the defense trajectory," Khanzadi said.

Why it matters:  The memorandum is not legally binding and does not burden either party with additional “allied commitments.” However, it is important in at least two ways.

The first is timing. Coming amid numerous reports of growing tensions between Russian and pro-Iranian forces in Syria, the memorandum sends an important signal that regardless of their disagreements, both Russia and Iran have come to appreciate their political and military partnership and now seek to project it into other areas, including maritime security.

Second, with Iranian tensions with the United States and Arab nations on the rise, collaborating with Russia over security of its shoreline may provide Iran with a feeling of safety.

While the memorandum itself is of little operational significance and more of a political gesture, what may follow is a bilateral alliance to protect against a possible American assault on Iran. Some even see the makings of a Russian-Iranian version of the anti-access/area denial (A2/AD) strategy used by China to try to keep the United States out of the western Pacific.

Containing America:  On a parallel track, on the day that Russia signed the memorandum with Iran, Russian media outlets report that Moscow has taken its Gulf security concept to the United Nations. The concept presented by the Russian Foreign Ministry on July 23 is in a way a “diplomatic A2/AD” move that, among other things, seeks to thwart what Russia sees as “destructive policies by external powers” in the Gulf and, by extension, the entire Middle East.

While some, including in Moscow, are skeptical about the contents and the ultimate success of Russia’s proposal, others believe it is worth pursuing.

“The states in the Middle East should be more careful about following Western advice,” former Russian Ambassador to Saudi Arabia Andrey Baklanov said in an interview with the Kommersant newspaper.

Baklanov, who helped develop the concept, believes the Russian plan for a Middle Eastern version of the Organization for Security and Co-operation in Europe has better odds today than in the 1990s, when Moscow first floated the idea.

“We hope that the regional countries to whom we address our proposal have learned for themselves that in the past they should have embraced Russian proposals more energetically in order to avoid war and chaos,” he said.

What’s next?  President Vladimir Putin is scheduled to visit Saudi Arabia in October. In this regard, Russia’s Gulf security concept appears to be part of its efforts to set the agenda for the visit. In turn, Russian-Iranian dealings seek to further position Moscow as a go-to player on Gulf security matters — despite the fact that the Russian military presence in the region pales in comparison to that of the United States. As a result, Moscow is likely to continue to rely on its diplomatic drive and promote ideas meant to look more appealing to the region than those laid out by Washington.

Know more:  Read Russia Mideast editor Maxim Suchkov’s take on why Russia is calling for a rethink of Gulf security.