Intel: Why Russia is calling for rethinking Gulf security

On Tuesday, Russia’s presidential envoy for the Middle East and African countries and Deputy Foreign Minister Mikhail Bogdanov laid out Russia’s proposal for collective security in the Persian Gulf. 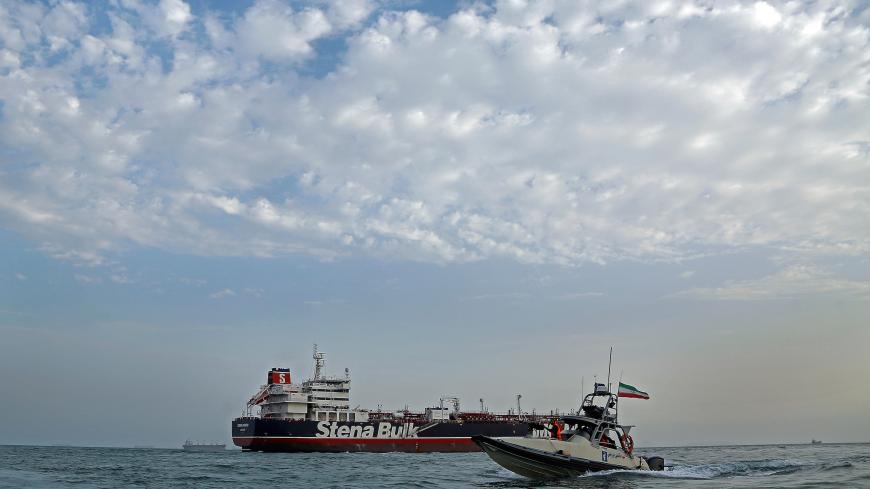 A boat of the Iranian Revolutionary Guard Corps sails next to Stena Impero, a British-flagged vessel owned by Stena Bulk, at Bandar Abbas port, July 21, 2019. - Mizan News Agency/WANA via REUTERS

On Tuesday, Russia’s presidential envoy for the Middle East and African countries and Deputy Foreign Minister Mikhail Bogdanov laid out Russia’s proposal for collective security in the Persian Gulf.

The document presents Russia’s vision toward security problems facing the subregion and offers a number of policies that may help mitigate its rich conflict potential and settle current crises.

Why it matters:  Moscow is presenting this vision for the Gulf at a time of spiraling escalation between Iran and the United States and its regional allies. None of the ideas laid out in the plan are new — they’ve all been voiced by Russian diplomats and other officials for years now. But they have all been put together in a unified document now, when things in the region seem to be going from bad to worse and the parties involved appear to be more focused on finding ways for effective mutual deterrence, if not containment, rather than ways to defuse the situation through diplomacy and other political mechanisms.

The current track, the thinking behind the strategy suggests, runs serious risk of leading to a military conflict, albeit an unintended one. The Russian proposal may not necessarily produce peace in the region, but it may give those seeking war a chance to see that not all political options have been fully explored. At the same time, it will provide those who fear war a chance to jump on the Russian bandwagon, and those who don’t necessarily want war but went too far to pull back a face-saving opportunity.

Eyes on the prize:  Strategically, the Russian move seeks at least two objectives.

First, the image of a new power broker in the Middle East that Russia has been constructing for itself at least since the start of its Syria campaign in 2015 is now being reinforced with the image of problem solver. Not only does Moscow seek to promote its own agenda in the region, it is also capable of presenting solutions.

Second, the Russian proposal — in substance and form — runs in stark contrast to what the United States has been offering, and this is likely intentional.

While Washington has been pushing for the establishment of an “Arab NATO,” Russia promotes the idea of a Middle Eastern version of the Organization for Security and Cooperation in Europe. And while the United States demands Iran change its behavior or be isolated, Russia insists on neighborliness and advocates no stakeholder being excluded when it comes to regional issues. Further, as Washington encourages military build-up in the subregion, Russia has criticized the permanent deployment of outside troops in the Gulf.

What’s next?  Until now, Russia has kept a low profile as far as Gulf security is concerned. Seeing the subregion as primarily American turf, it has nonetheless been meticulously forging its own network of regional relationships with an eye on placing itself at the center. Now it is stepping up the game with a collection of ideas reflective of both Russia’s own grievances with the United States and American policies that proved disastrous for the Mideast over recent decades. While many of these ideas may indeed interest regional players, others are likely to fall on deaf ears, at least for the moment. They include Russia’s call to set the region free of foreign (American) military presence — which the security of the Gulf monarchies hinges on — as the core of the proposal to build a new security architecture around counter-terrorism efforts.

Know more:  Check out Al-Monitor’s coverage on escalating tensions between the United States and Iran in the Gulf, as well Marianna Belenkaya’s piece on the UAE’s efforts to build influence in Russia.