The campaign of Prime Minister Benjamin Netanyahu to pass immunity legislation could drag Israel’s political and judicial systems into a constitutional crisis. 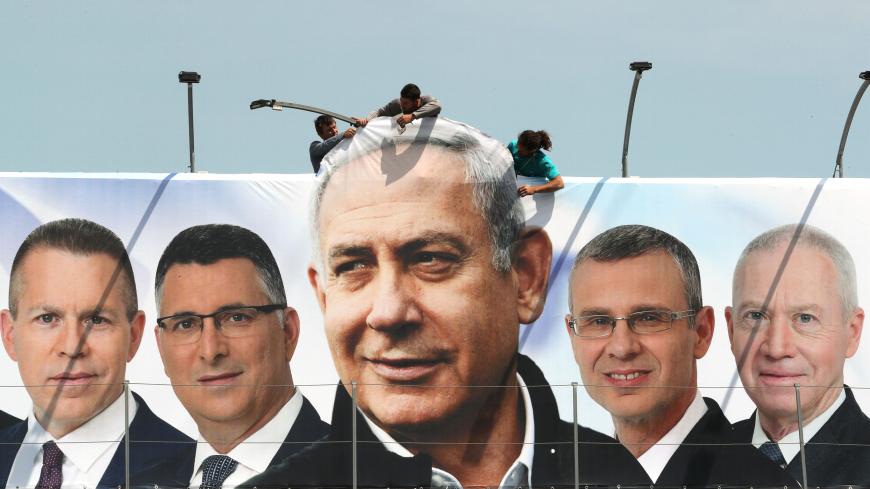 All signs indicate that Israel is moving rapidly toward a constitutional crisis, unprecedented in the country’s history. It will be an apocalyptic event, centered on an all-out clash between two of the major branches of government: the judicial and the executive. It would be a situation in which the Supreme Court would overturn the rulings of the legislative body — the Knesset — which would, in turn, overturn the rulings of the Supreme Court. Trapped in the middle of this melee would be the police, the state attorney’s office and Attorney General Avichai Mandelblit, with none of them knowing who to follow. It would be the kind of governmental chaos that none of the founders of the Jewish State imagined, just 71 years after the country’s founding.

Throughout his years as prime minister, Benjamin Netanyahu has been wary of assaulting the honor, status and independence of the Supreme Court. He also protected the authority and honor of the various bodies charged with enforcing the law, with particular emphasis on the attorney general’s office. All efforts to restrict the attorney general or rein in the powers of the Supreme Court were thwarted by Netanyahu in one way or another, ever since he first came to power in 1996. He was not acting out of ideological conviction. Rather, he was reacting out of fear. Netanyahu knew that the various agencies charged with enforcing the law could put an end to his rule through a series of investigations and indictments, just as they did to his predecessor Ehud Olmert. He was not ready to challenge the system yet, so he presented himself as someone who recognized the system’s status and defended its independence.

All this changed over the last two years, for egoistic reasons. Until just a few years ago, Netanyahu refused to believe that the legal system would turn on him. He thought that he would be immune to investigation, mainly because of the control he wielded over the most important people in the system. He made sure that the attorney general, who could approve or prevent an investigation of the prime minister, would be appointed by him. He influenced the selection of police commissioners and the heads of their investigative divisions. In other words, he slept well at night.

It worked, too, at least in the first few years. During Yehuda Weinstein’s term in office, any material pertaining to Netanyahu that made it to the attorney general’s office was filed away without any significant investigation. But then came Mandelblit. He was also one of Netanyahu’s own people, having been appointed by the prime minister in 2013 to serve as Cabinet secretary. In other words, he owed Netanyahu everything. Nevertheless, things started to deteriorate. Similarly, the police commissioner appointed by Netanyahu, the former Shin Bet senior officer Roni Alsheikh, failed to provide the goods as expected. He started looking into the different incidents, leading to a full-blown investigation, which led, in turn, to three indictments (pending a hearing). Within just two years, Netanyahu found himself transformed from an omnipotent leader, completely immune to the legal system, to someone accused of bribery. He responded by declaring war.

These days, Netanyahu is busy putting together a coalition based on a very simple principle, i.e., erecting a wall of immunity around the prime minister. Everything else is secondary. If his potential coalition partners want him to establish a Palestinian state in exchange for immunity, they would get exactly that. It is Netanyahu’s good fortune that he is dealing with a right-wing coalition, which is demanding annexation of Jewish settlements in the West Bank, the shattering of the legal system and the gradual dismantling of democracy itself. Netanyahu goes along willingly with all of these demands. The bundle of legislation now being prepared in the backrooms of the coalition negotiations will turn Israel into another Turkey or some Middle Eastern version of Poland and Hungary, two countries that lost some of the most prominent features of democratic governance when the far right came to power.

The constitutional crisis will look like this: The Knesset will pass a law making it easy for Netanyahu to hide behind his parliamentary immunity and shelve the indictments against him until he completes his term as prime minister. (Netanyahu wants to reinstate the 2005 immunity law, which enabled the Knesset Committee to overturn the attorney general’s decision of lifting the immunity of a Knesset member.) The legislation will be brought before the Supreme Court, which will almost certainly overturn it. In a previous ruling, the Supreme Court determined that the only way a member of the Knesset under indictment can avoid the threat of legal proceedings is by proving that the attorney general acted unreasonably in submitting the indictment against him. In other words, Netanyahu would have to prove that Mandelblit is harassing him for illegitimate reasons.

This would leave Israel facing a situation unlike anything it has ever faced before. The Knesset passes a law (the Immunity Law), the Supreme Court overturns it and the Knesset removes the Supreme Court’s power to overturn legislation (the Override Clause), only to have that overturned by the Supreme Court, too. What does the attorney general do then? Does he indict the prime minister anyway, based on the Supreme Court’s ruling, or does he fold? How do the police respond? What about the Israeli public? What do government officials do?

Israel is now divided into two camps, almost equal in strength. About half of all Israelis consider Netanyahu to be the modern-day manifestation of the messiah, the immortal messenger of God, immune from indictments and all the other nonsense that pervades this world. These people consider everyone who conspires to bring Netanyahu down, as working in the service of Israel’s enemies. The other half of the Israeli public sees Netanyahu the same way that former Likud Prime Minister Yitzhak Shamir once did, when he described Netanyahu a populist angel of destruction, who would burn the house down with everyone in it just to avoid the risk of facing justice. This half of the population sees Netanyahu as the greatest enemy of Israeli democracy. Furthermore, as an internal enemy, he is far more dangerous than all of Israel’s external enemies, and there is no shortage of them.

How will this conflict be decided? Right now, there is no way of knowing. The opposition, particularly the Blue and White party, promises an uncompromising fight in the Knesset, the courts and the streets. They intend to bring out the center-left supporters of the kind of liberal democracy originally intended for Israel, for a series of massive demonstrations. This, they believe, will underscore the fact that millions of Israelis are prepared to defend the Supreme Court with their bodies. Will Netanyahu step back at the last moment? We will all find out over the next few months.