Prime Minister Benjamin Netanyahu has already secured a coalition that should get him safely through the following months of police investigations and possible indictment. 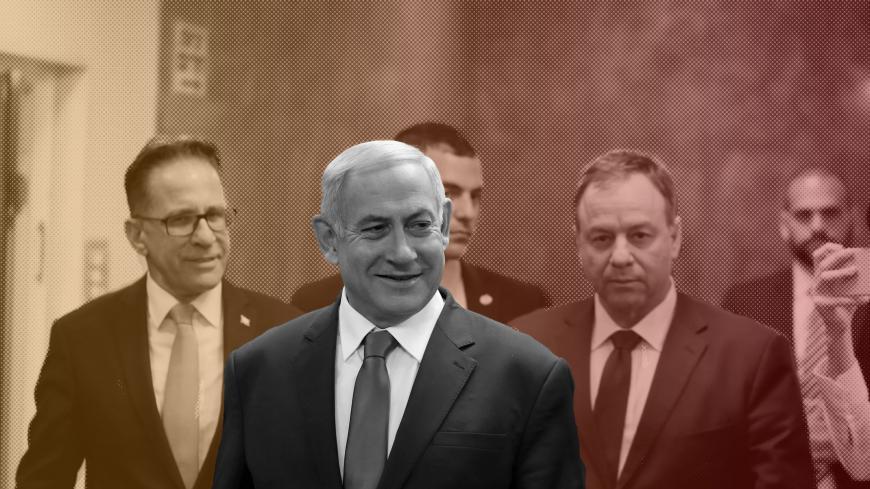 Up until election day on April 9, it was almost inconceivable to think that Prime Minister Benjamin Netanyahu would manage to evade the heavy hand of the law by political means. The following day, such a scenario appeared quite feasible. The tables had turned. The April 9 elections were a historic watershed. From now on, Israel’s law enforcement authorities will try to dodge Netanyahu’s machinations, not the other way around.

This summer, Netanyahu will break the record for the longest time in office set by the founder of the State of Israel and its first prime minister, David Ben-Gurion. In recent years, Netanyahu has also engaged in a historic Erdogan-style revolution designed to crush the media, weaken the courts and subject them to the executive and legislative branches, and trample public regulators and other guardians of Israeli democracy. He seems indomitable, and no one will even try to stop him.

On April 10, the day after the elections, the Justice Ministry in Jerusalem prepared boxes full of folders containing mountains of investigative material for their handover to Netanyahu’s legal team, which is defending him against cases of suspected corruption. As promised by Attorney General Avichai Mandelblit and in keeping with the prime minister’s demand as conveyed by his lawyers, the handover was delayed until after the elections to prevent material harmful to Netanyahu’s prospects from leaking out. As of this writing, however, the lawyers have not picked them up to prepare for the hearing that Netanyahu is supposed to undergo before the attorney general, who will indict Netanyahu pending that hearing. At the request of Netanyahu’s attorneys, the hearing originally scheduled for July was postponed until September. Netanyahu, however, is acting as if there is no hearing in the offing, and the piles of evidence compiled by the police and state prosecutors are taking on a yellowing tinge. Close associates insist there will not be a hearing, and even if one is held, it will not result in a trial. For the first time since police began investigating suspicions against Netanyahu more than two years ago, the prime minister’s associates may be right.

At a festive April 16 event to toast his Likud party’s election success and the upcoming Passover holiday, Netanyahu declared, “I am not deterred by the media.” He will try to return to the scene of the crime, as it were, and again assume the position of Communications minister in the new government he is forming. Netanyahu is suspected of abusing this same position that he insisted on holding after the 2015 elections when, obsessed by his media image, he allegedly traded regulatory and other favors for favorable coverage in what are known as cases 2000 and 4000. Facing possible charges of bribery, Netanyahu has nonetheless lost all fear and seems to be going for broke.

His blueprint to evade indictment is simple. First, since the elections, he and his associates keep hammering home the message that “the people have spoken,” meaning that the attorney general and other law enforcement authorities must bow their heads to the nation’s will. The separation of powers that underpins modern democracy and the total severing of the political from the criminal are being erased into oblivion.

As for the hearing and pending indictments, Netanyahu knows that even at the pinnacle of his power, pushing through legislation protecting an incumbent prime minister from prosecution — known in Israel as the French law — is not feasible. The French law protects the incumbent head of state from being charged. Associates of Netanyahu have tried in the past to push forward law proposals in that vein.

Another suggestion that Netanyahu’s supporters have broached would enable him to avoid prosecution by virtue of parliamentary immunity, but such immunity is not automatic. Netanyahu would have to ask the Knesset to implement this immunity in this specific case. Usually, parliamentary immunity is requested in cases involving public/political actions taken by Knesset members in regards to their duties. So this possibility is not considered by Netanyahu as bulletproof protection against an indictment. Also, to receive it, Netanyahu would depend on his situation in the Knesset. In other words, it would depend on fluid political circumstances.

Right now, he appears to prefer a simpler solution. Since Israeli law does not require a prime minister to step down if indicted, Netanyahu plans to continue in his post until the legal proceedings against him end — if indictments are actually served following his hearing before the attorney general. A trial, followed by an appeal and the potential for a special Supreme Court appeal, could drag the proceedings out for years. Since Netanyahu has been successful in putting off the hearing until the fall, he may try for another extension until the end of the year, and who knows when a trial might even begin. At some point, Netanyahu may decide he has had enough and try for a speedy plea deal. Either way, he plans to adopt the same tactics to overcoming Israel’s law enforcement and judicial authorities that he used to exhaust former US President Barack Obama with successive excuses to delay US-mediated peace talks with the Palestinians, tire out the Europeans and outmaneuver the entire Arab world. He is unrivaled in this field.

Netanyahu’s appointment of Israel’s next justice minister will be the real test of his intentions. If, as speculated, he names Knesset member and former Tourism Minister Yariv Levin, the Supreme Court’s most aggressive and outspoken critic, Netanyahu will be signaling a declaration of war on the judicial branch. State prosecutor Shai Nitzan, one of the most prominent advocates of indicting Netanyahu on charges of bribery and other counts, ends his term at the end of the year. Levin could influence the choice of his successor, which could have a direct impact on the decisions made after the attorney general's hearing.

Such plans were not supposed to be relevant after the elections, but the results defied most predictions and handed Netanyahu a dream coalition. The ultra-Orthodox Shas Party garnered eight Knesset seats, providing Netanyahu with a full legal safety net against criminal prosecution — after all, Shas leader Aryeh Deri is also suspected of criminal wrongdoing. The ultra-Orthodox Yahadut HaTorah — whose leader, Knesset member Yaakov Litzman, is also suspected of criminal wrongdoing — also improved its election showing with eight Knesset seats, whereas Finance Minister Moshe Kahlon, the only Netanyahu ally who openly declared that he would not serve under an indicted premier, plunged from 10 seats in the previous elections to four seats for his Kulanu Party. Kahlon, whose finger in the dam defended the Supreme Court and law enforcement from an onslaught of restrictive legislation by the previous coalition government, has surrendered. Having paid a heavy electoral price for his stands, he is now striving for a union with the Likud, announcing that the guardians of these institutions should no longer count on him. He has finished his role as defender of the rule of law. Given this state of affairs, the 65 hands that will protect Netanyahu as a prime minister under indictment appear more stable than ever — at least in terms of Israel’s political-security chaos, of course.

The guardians of Israeli law enforcement have one card left to play, and that is the Supreme Court. If Netanyahu is indicted, opponents are likely to petition the Supreme Court, demanding that he be forced to resign. The court has already set such a precedent for government ministers under criminal indictment. To deactivate this potential landmine, Netanyahu is seeking to push through legislation that would allow the Knesset to override Supreme Court rulings that strike down laws. This Override Clause could also allow the Knesset to overrule decisions related to the interpretation of laws.

Former Defense Minister Avigdor Liberman, expected to join the new Netanyahu government, has promised to back the Override Clause only once the Knesset adopts legislation he is pushing for: a compulsory military draft of ultra-Orthodox Jews — a bill to which Netanyahu’s ultra-Orthodox partners object. The ultra-Orthodox champion the adoption of the Override Clause in order to reject the Supreme Court's ruling last year, forcing the government to legislate a draft law equating the duties of the ultra-Orthodox to those of other Israelis — in other words, canceling draft exemptions. This all creates a typical Israeli political tangle that could make it hard for Netanyahu to carry out his escape-from-prosecution plan. On the other hand, he has already overcome such complex situations in the past. Benjamin Netanyahu seems to be here to stay, for now.