With Justice Minister Yariv levin promoting a reform to erode the courts’ responsibility, and with Prime Minister Benjamin Netanyahu promoting a law for convicted Aryeh Deri to serve as minister, Israel’s democracy is facing an existential danger. 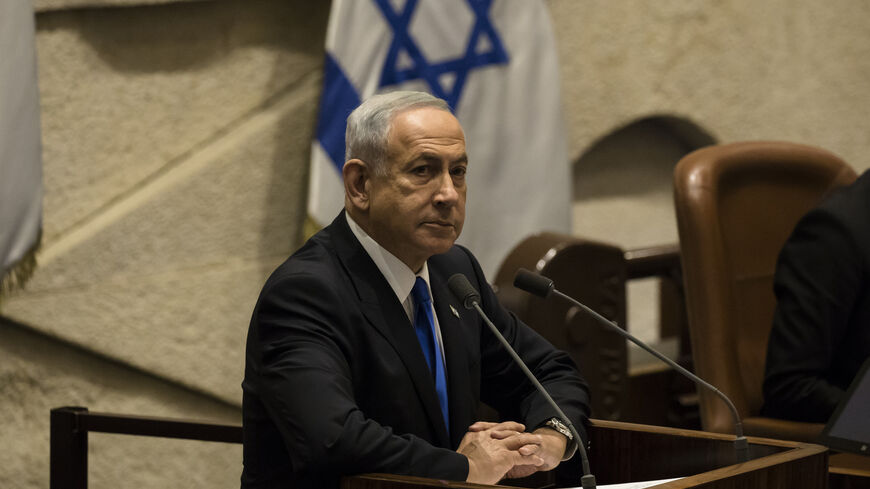 An expanded panel of 11 Supreme Court justices convened on Thursday to hear petitions against the appointment of ultra-Orthodox Shas party leader Aryeh Deri as a top minister in the Netanyahu government. Attorney General Gali Baharav-Miara had opposed the appointment, arguing that it “exceeds in the extreme the boundaries of reasonableness” due to Deri’s two criminal convictions, the second one just a year ago.

The changes Levin intends to push through in a flash legislative blitz include restricting the court’s authority to strike down laws and government decisions, and an “override clause” enabling a simple majority of 61 Knesset members (out of 120) to relegislate these laws. Also on the agenda is handing politicians a decisive say in the appointment of judges (without parliamentary oversight), making legal advisers of government ministries answerable to the ministers themselves rather than the attorney general, and curbing the courts’ “reasonableness” argument in judging legislation and government decisions.

Levin unveiled on Wednesday what he described as the first phase of the plan. The second expected phase, at Netanyahu’s behest, would be to split the attorney general’s role in two — one for the government’s legal adviser, the other for the state prosecutor. This would allow Netanyahu to replace Baharav-Miara with a prosecutor of his choice who could either revise or revoke the corruption indictments against him.

The reforms planned by Netanyahu’s envoys could also open other avenues for Netanyahu to postpone his trial, to evade a possible criminal conviction, or to guarantee a lenient plea deal. The hastily adopted legislation, now being challenged in the High Court, enabling Deri to serve in government despite his criminal record, could certainly come in handy.

However, the question now is whether Netanyahu’s efforts to avoid a criminal record of his own will sound the death knell for Israel’s highly respected judicial independence and whether Israel’s democracy is about to be downgraded, as former Prime Minister Yair Lapid described it in a recent Walla news site interview.

Netanyahu is forging full steam ahead with his measures even though they are not popular, not even among his base. A large majority of Israelis (65% according to a Channel 13 poll) believe that the appointment of Deri as a senior minister (holding two portfolios, interior affairs and health) is unacceptable given his record and in light of the fact that in a plea bargain reached with him last January he committed to staying out of public office. A near majority also opposes the "override clause" in its proposed form (with 39% unfamiliar with the proposal).

All this does not seem to bother Netanyahu. He is on a roll. His poisonous media machine operates around the clock, spewing out unfettered attacks that undermine the credibility of the judicial system in general, and that of the indictments filed against him, in particular. Even now, a significant portion of the Israeli public believes that Netanyahu’s indictment on charges of bribery, fraud and breach of trust were a frame-up disguising a political coup to unseat him.

Public figures within the liberal camp agree that the danger to Israeli democracy is immediate, clear and real. During its 75 years, Israel has enjoyed a prestigious legal umbrella provided by the High Court of Justice with its international reputation for fairness and independence. If politicians do indeed get to appoint the judges directly (as opposed to an appointments committee comprised of jurists and politicians), as per Levin’s proposal, Israel risks backsliding quickly into a Hungary-style democracy recently described by the European Parliament as an “elected autocracy.”

The downgraded democracy, combined with the nationalist and religious extremism of the new government and the control handed to the ultra-Orthodox minority and the radicals of Religious Zionism party over the state budgets and coffers, is all brewing up to a perfect storm on the horizon.

There is already clear talk among opponents of the Netanyahu government of civil disobedience, military draft dodging, a tax revolt, risks to the high-tech economic engine and mass demonstrations. None of this has happened, yet.  Still, the risk at hand is that Israelis may only fully perceive the danger once it is too late.

Benny Gantz, the former defense minister who joined with Netanyahu in a rotational job-sharing government in 2020, suggested this week that Netanyahu suspend his proposed reform and establish instead a special team with members of the opposition — without the Arab parties — to formulate a consensual legal reform within six months.

Netanyahu is highly unlikely to accept the idea. He is like soccer legend Lionel Messi standing with the ball in front of an empty goal post in the final moments of the World Cup finals, with the results tied. Like Messi, Netanyahu cannot afford to miss such an opportunity to score. Throughout its history, including the many wars it has undergone, Israel has not faced such a complex, dangerous and existential challenge.