Counting on ultra-Orthodox Shas leader Aryeh Deri to become the more moderate face of his government, Prime Minister-designate Benjamin Netanyahu has offered him a slew of ministerial portfolios and responsibilities. 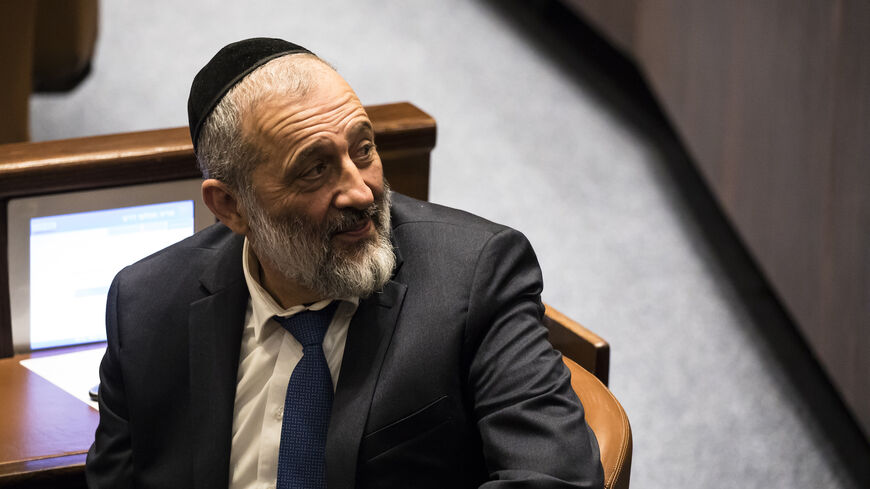 The Israeli coalition agreement that the Likud reached with the Mizrahi ultra-Orthodox Shas party on Thursday, grants the party’s unchallenged leader Aryeh Deri the most senior position in Benjamin Netanyahu’s emerging government.

The inked deal stipulates that for the first part of the government’s term which extends for two years, Deri will serve as both health and interior minister. In the second part, he will switch, and take over as finance minister from the leader of the Religious Zionism party, Bezalel Smotrich.

It was also decided that Deri, 63, would serve as deputy prime minster throughout the government’s entire four-year-term.

The deputy position was originally created for Shimon Peres in 2005, when he entered Prime Minister Ariel Sharon’s coalition. Although it is just a title, with no statutory status, Netanyahu's appointment of him indicates that he considers Deri his righthand man.

If anything, in comparison, Netanyahu and Deri represent the extreme left of the emerging government that is amplifying far-right voices. Deri, served as interior minister in Prime Minister Yitzhak Rabin’s second government (1992-1993) when the Oslo Accords were signed. He is one of the most experienced people in Israeli politics with a deep understanding of diplomatic and security affairs, having already served as a member of past security cabinets. He has been mentioned frequently as a moderate figure in security meetings.

Deri has a fascinating life story. Born in Morocco, he immigrated to Israel at the age of 9 and was educated in ultra-Orthodox institutions. At 29, he was appointed interior minister, making him the youngest minister in all of Israel’s history. Over the course of his career, he was embroiled in a bribery scandal, which forced him to leave politics and serve time in prison. He made a comeback later on, returning to a position of political influence.

Deri resigned from the Knesset in January. Immediately after, he confessed to and was convicted of tax fraud in a plea deal that ended with him sentenced to probation. According to Israel’s basic law, someone convicted of a felony and sentenced to prison for it must wait seven years from the end of his sentence or the day of his sentencing before being allowed to serve in a ministerial capacity. Because of this, the deal between Shas and the Likud includes amendment to the law allowing someone like Deri to serve, despite a history of being on probation.

In practical terms, Deri is the ultra-Orthodox politician who has gone the farthest in Israeli politics. As leader of Shas, Deri is Netanyahu’s most important ally. He was the one who helped Netanyahu solidify his alliance with the other ultra-Orthodox parties. The two men speak and consult daily.

Reportedly, alongside the security cabinet, required by the law, Netanyahu plans to set up also a smaller forum consisting of him, Deri and the future defense minister, apparently Maj. Gen. Yoav Galant (res.). In this way, Netanyahu will be able to skip over the larger security cabinet, which must include ultranationalist National Security Minister Ben-Gvir and far-right Finance Minister Smotrich. Clearly, the smaller and more moderate security cabinet will be a framework the White house will find easier to work with.