The little-known minister who is keeping Netanyahu’s coalition together

Until Minister of the Interior Aryeh Deri is sure that his Shas Party will pass the voter threshold, he will do everything he can to prevent early elections. 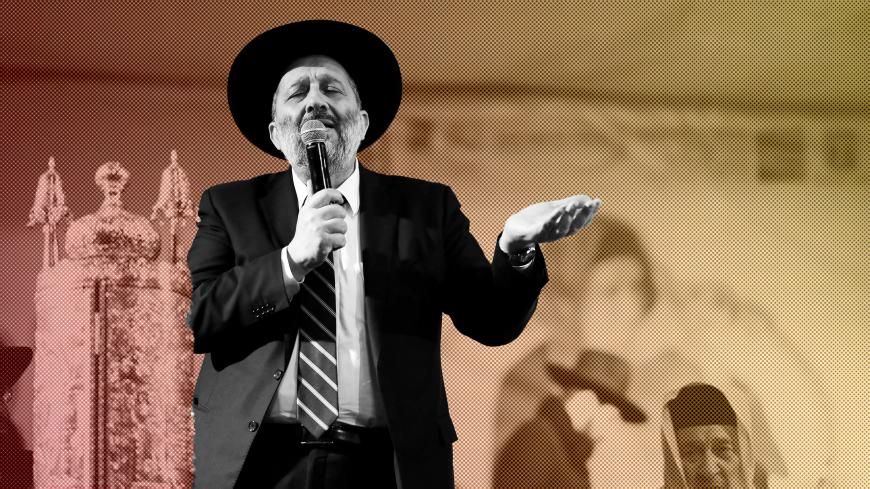 Israeli Interior Minister Aryeh Deri speaks during an annual pilgrimage to the gravesite of Rabbi Yisrael Abuhatzeira, a Moroccan-born sage and Kabbalist also known as the Baba Sali, on the anniversary of his death, Netivot, Israel, Jan. 18, 2018.

The chairman of ultra-Orthodox Mizrahi Shas Party, Minister of the Interior Aryeh Deri, is an experienced, old political hand. He was first appointed minister at the age of 29 in 1988 and has since been a member of four Knessets and four governments. In the current government, all this experience has made him the great compromiser and mediator. “He is the glue that holds the coalition together,” one Likud minister said in a conversation with Al-Monitor on condition of anonymity.

Deri is not particularly well-known in the international arena. His roles in government have always focused on internal affairs. As a member of the security Cabinet, he is considered level-headed and cautious. The heads of all the coalition parties, led by Prime Minister Benjamin Netanyahu himself, hold him in high regard.

Netanyahu and Deri have a long history of alliances and cooperation in election campaigns, coalition building and even during political conflicts. Netanyahu consults with Deri on numerous issues. He has even said that he does not make any decisions in Cabinet meetings before hearing what Deri has to say.

After the last election in 2015, Deri was one of the first people to sign a coalition agreement with Netanyahu. In all the ensuing coalition crises that the current government faced surrounding issues of religion and state, Deri was the main partner in finding solutions. In the conscription law crisis instigated by Knesset member Yaakov Litzman of Yahadut HaTorah, the coalition’s Ashkenazi ultra-Orthodox partner in March 2018, Deri was one of the people who came up with the idea of postponing the issue until the Knesset’s summer session, thereby ending the crisis.

The summer session has already started, and aside from the conscription issue, the conversion law also threatens the future of this government. Deri will have to use all his political adroitness to prevent the coalition falling apart this year and an early election. His renewed friendship with Defense Minister Avigdor Liberman should help with this. Deri and Liberman were close for years, despite their principled differences and the fact that they represent conflicting positions and interests: Shas is an ultra-Orthodox party, while Yisrael Beitenu’s base consists of immigrants from Russian-speaking countries, who, for the most part, are secular.

This friendship hit a crisis in January over a dispute concerning the supermarkets law preventing the opening on the Sabbath of several businesses and Liberman’s public attacks on Deri. The exchange of tweets and angry statements caused a rift between the two men. It took about two months before they were finally reconciled May 23. In an interview with the ultra-Orthodox press, Deri spoke very flatteringly of Liberman in his role as defense minister: “It is Divine Providence that Avigdor Liberman is leading the IDF [Israel Defense Forces] in these crazy times. … He acts with level-headedness and careful consideration, even when compared to previous defense ministers.”

In that same interview, Deri was also critical of Knesset members Moshe Gafni and Yaakov Litzman for sending a letter to Netanyahu May 16, demanding that he uphold his commitment to approve a new conscription law in the next few weeks. “They didn’t ask me to sign [the letter], and even if they did, I would not have signed it,” Deri said. “I can’t understand why it is necessary to create this mood just before the IDF committee completes its work. What is needed at this stage is industrial silence, not media pressure. We want to give this a chance.”

By saying this, Deri was once again throwing all his support behind Liberman, who announced May 21 that the military committee that he appointed to look into the conscription law will submit its recommendations soon, and that he will act in accordance with them.

Deri believes that it is possible to bridge the differences within the coalition over issues like conscription and conversion. At a party meeting April 30, he said, “Everything depends on the willingness of the coalition partners to continue cooperating. I see that Netanyahu is now interested in continuing with this government, without any major shakeups, and I hope that it continues this way.”

With polls very flattering over the past few weeks, Netanyahu may want to take advantage of his recent successes and advance the election. The problem is that Shas does poorly in the polls. A major victory by the Likud Party could see the end of Shas. In the last few months, almost all the polls predict a sharp decline in the party’s strength, from seven seats in the current Knesset to as few as four, right on the borderline of the voter threshold. It is possible that the ongoing criminal investigation into Deri for alleged tax evasion and real estate crimes are causing this drop in the party’s strength. In that case, there is another good reason why it is in Deri’s interest to prevent the government from collapsing prematurely.

In the last Knesset, Deri supported raising the voter threshold, causing his major rival among the Mizrahi ultra-Orthodox sector, Eli Yishai, to fail to pass the threshold. Yishai left Shas because of an argument with Deri and founded a new party, Yahad. It needed just 11,000 votes to pass the threshold. The three seats worth of voters that did support him were lost to the right-wing bloc.

Deri now faces a complicated situation. Netanyahu’s popularity is eating away at Shas, so to ensure that the party makes it into the next Knesset, he will have to make some significant move. One possibility is that he might reconcile with Yishai and the rabbis, who support him. There have been contacts over the last few months, particularly with the rabbis, including Chief Rabbi of Jerusalem Shlomo Amar. It seems that as long as Deri is not confident in this arena, or in other words, until he can be sure that Shas will pass the voter threshold, he will do everything he can to prevent early elections. 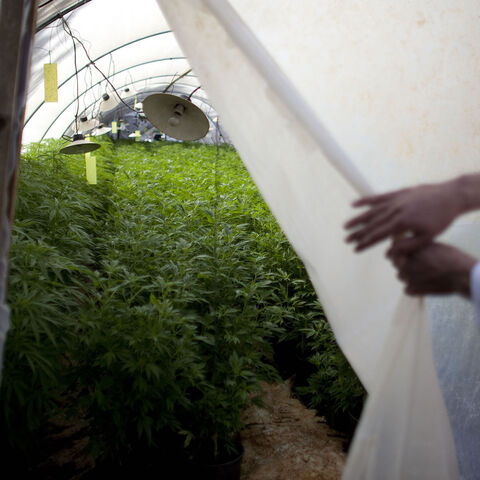