The gatekeepers of Israel’s democracy are engaged in a dramatic battle against the camp of Prime Minister Benjamin Netanyahu for the future of the state and the society. 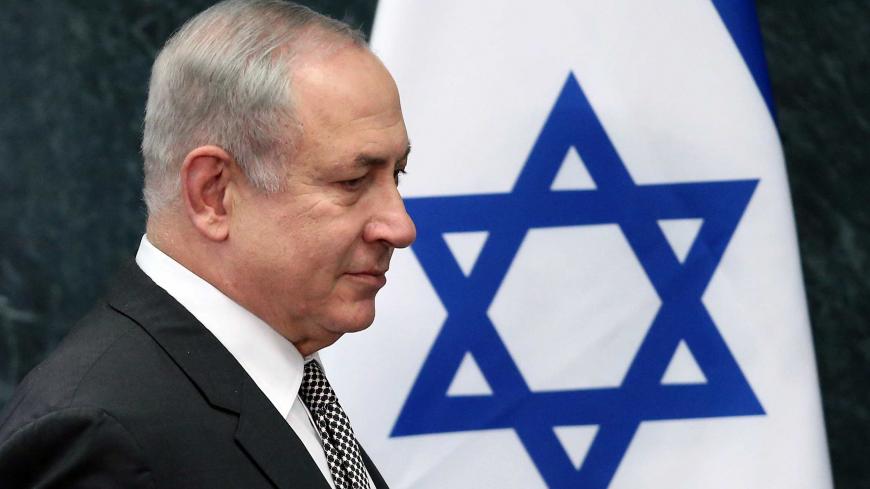 A quiet war is being waged in Israel. No firearms are employed, even though the Israel Defense Forces (IDF) are involved. And none of Israel’s external enemies are involved. Nevertheless, both of the warring sides view this struggle as an existential one, a real fight for survival, which is being waged within the very heart of the Jewish state. It is a struggle of the Old Israel versus the New Israel. It is a war between Israel’s original Liberal-Zionist-secular statesmanship with the values on which it was established 70 years ago versus a more religious Israel, a more conservative and traditional mindset that is less liberal and also far less democratic. This newer Israel is now trying to exploit its electoral assets into the power to rule. A one-sentence summary: a war between everything that Prime Minister Benjamin Netanyahu symbolizes, and everyone else.

Netanyahu’s first term of office, which began in 1996, ended traumatically. Netanyahu was deposed from power in 1999 by the old elites, the media and the public. In his years outside the system, Netanyahu understood that in order to remain in power and establish himself, he would need to take matters into his own hands. In other words: to forcefully take control of positions of power and all key positions from which his enemies could fight him. Netanyahu crafted a detailed program to realize this goal, in incremental stages. The plan was first launched hesitantly, step after step. But as time went on, the pace of its implementation quickened.

Netanyahu did not content himself with positions of power but continued full steam ahead to do the following: constrain the authority of the Supreme Court, weaken the status of state’s juridical echelon, boycott the free press and conduct a final takeover of the Likud. From a party that had once been a liberal democratic bastion in which no one feared expressing an opinion, the Likud morphed into a bulletproof vest with the sole objective of protecting its leader, even from state institutions and legal authorities.

Justice Minister Ayelet Shaked submitted on Sept. 14 to the Knesset a bill draft she conceived. If turned into law, this bill would allow the prime minister to declare war without the authorization of the Cabinet. In addition, while this very article is being written, the HaBayit HaYehudi party, led by Education Minister Naftali Bennett and Shaked, is working hard on a new bill that would clip (with a 61-seat Knesset majority) the wings of the Supreme Court.

This new bill, which will officially be called the Basic Law of Legislation, is designed to empty the Supreme Court of its most essential powers. Today, the Supreme Court can override a law passed by the Knesset if the law is found to conflict with constitutional principles that are anchored in basic laws. Israel has no organized constitution; instead, there are a number of “basic laws,” which are special laws that anchor the basic principles of law in Israel.

Although the Supreme Court does not invalidate Knesset laws frequently, it has done so recently (by suspending the regularization law) when it felt that the laws directly impinged on basic principles such as that of equality. Now the Knesset hopes to create for itself absolute superiority over the law, thus violating the very sensitive checks-and-balances system of Israeli democracy.

In recent years, it had seemed that Netanyahu was succeeding in gaining full control over the state and its institutions. His choice for attorney general was a man who had served as Netanyahu’s private lawyer (Yehuda Weinstein, who served as attorney general from 2010-16). Netanyahu also appointed the police commissioner and the civil service commissioner. The prime minister greatly reduced the authority of the Foreign Ministry and became foreign minister himself. Netanyahu retained control of the media portfolio and used it to conduct a witch hunt against media outlets that criticized him. He got involved in the appointment of the state comptroller and turned the civil service commission into almost a pool of supporters for himself.

Netanyahu’s victories in the elections of 2009, 2013 and 2015, together with his continued predatory takeover of the country’s centers of power, regulation and democracy, turned this voyage into a wild victory dance. After his 2015 great victory, it seemed that Netanyahu was completely throwing all restraint mechanisms to the four winds. His son Yair, 26, has become the final arbiter with everything connected to the media policies of Netanyahu. Thus, the style has become louder, sometimes heavy handed, but mainly fearless. It all came to a climax Sept. 9, when Netanyahu Junior did not hesitate to use an anti-Semitic caricature in order to excoriate his father’s political adversaries in Israel. Only after hundreds of anti-Semitic sites throughout the world congratulated Yair Netanyahu, and David Duke praised him, did he remove the post from his Facebook page. Yair Netanyahu's father did not apologize or deal with the event at all, even though the caricature was censured by Jewish groups and representatives throughout the world, to this very minute.

But more than everything else, Benjamin Netanyahu lost his sense of fear. He feels omnipotent and invincible. An example of this overconfidence is the way he dared oppose the highest IDF echelon — headed by Chief of Staff Gadi Eizenkot and then-Defense Minister Moshe Ya’alon — with regard to the affair of the Hebron soldier who was convicted of killing a neutralized terrorist. Another example is Netanyahu’s declaration of war against President Barack Obama and the American administration in 2014, with everything connected to the nuclear agreement with Iran.

But then, when he reached the highest he could go, Netanyahu began his nosedive. All the systems and apparatuses over which he ostensibly reigned renounced him and declared their independence. He was disconnected from the Communications Ministry, which had been the apple of his eye, after the tapes of his conversations with Yedioth Ahronoth publisher Arnon Mozes were made public and following an extensive investigation of the Israel Securities Authority (in which the ministry’s CEO, a close associate, was involved). Afterward, the police started in on him, headed by the very same commissioner Netanyahu had appointed (Police Commissioner Roni Alsheikh) and an attorney general who had been Netanyahu’s Cabinet secretary (Avichai Mandelblit), in a large series of criminal investigations against him — and this is only the beginning.

The legal apparatus crossed the Rubicon when officials decided to indict Sara Netanyahu (subject to a hearing). For generations, she has been terrifying anyone who gets near her husband. In his dire straits, Netanyahu has made the entire Likud dance to his tune: All senior party members are publicly forced to defend and safeguard the prime minister. Anyone who tries to adopt a different tune is threatened. Veteran Likud members or members of the historic “fighting family” (a reference to the Likud’s origins in the pre-state resistance group) who dare raise doubts or claim the prime minister is corrupt are brought in for hearings before being ousted from the party.

Yes, Netanyahu still has many foot soldiers in lockstep behind him and significant public support. Opposite him is the immune system of Israeli democracy. Both sides are weakened, but know this is a fight to the death. At least one side has no inhibitions and will go to any lengths to survive in power. The die will be cast in the coming year. At this point in time, there is no way of knowing in which direction.