The United Arab Emirates engages Turkey in a war of words and deeds over Ankara's fight with Kurds in Syria. 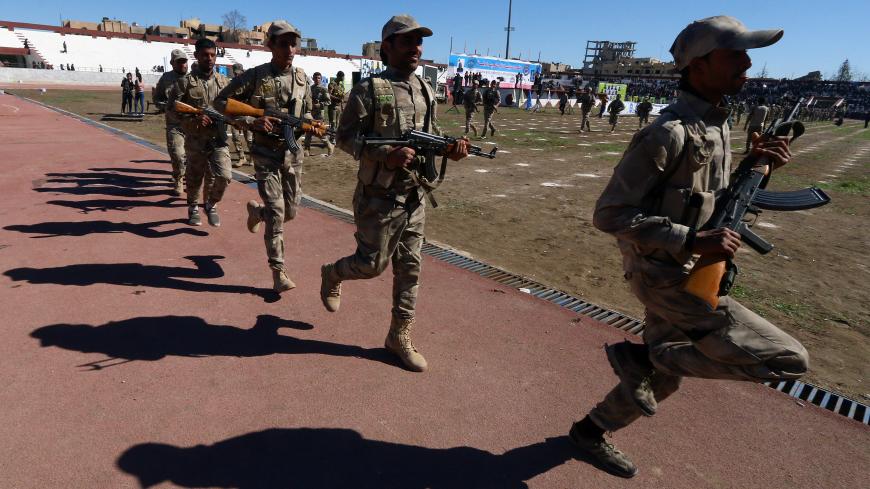 On Jan. 30, the United Arab Emirates' minister of state for foreign affairs condemned Turkey’s plan to establish a buffer zone in northeastern Syria and said Ankara’s efforts to geographically isolate the Syrian Kurds worried both the UAE and the United States. Anwar Gargash justified his criticisms of Turkish conduct in Syria by challenging Ankara’s conflation of Kurdish nationalism with terrorism and emphasizing the constructive role that Kurdish militias played in defeating the Islamic State (IS) in Syria.

Gargash’s expressions of solidarity with Kurdish nationalist forces in Syria reflect the UAE’s desire to contain Turkish influence in Syria and insert itself as a major stakeholder in the resolution of the Syrian conflict. The UAE’s critical attitude towards Turkish belligerence in northeastern Syria is the product of a broader rivalry between Abu Dhabi and Ankara, which was triggered by Turkey’s alignment with Qatar, Ankara’s close ties with the Muslim Brotherhood and competing interests in the Horn of Africa. Tensions over these issues steadily intensified after Turkish President Recep Tayyip Erdogan accused the UAE of supporting the 2016 coup against his government, but Syria was initially a secondary flashpoint for confrontation between Turkey and the UAE.

The extension of the UAE-Turkey geopolitical rivalry to Syria became apparent in January 2018, when Abu Dhabi stridently criticized Turkey’s decision to launch Operation Olive Branch and militarily intervene in the Kurdish majority region of Afrin. On Jan. 22, Gargash called for increased coordination between Arab countries on collective security matters. Throughout the offensive, UAE-based media outlets described the People’s Protection Units in Afrin as a resistance movement against Turkish occupation and stridently criticized the “looting” of Afrin by Turkish forces in March 2018.

Although the intensity of the conflict in northern Syria cooled after Turkey vanquished a pro-Syrian government insurgency in Afrin on March 21, the UAE continued to support Kurdish factions that resisted Turkey’s presence in northeastern Syria. In coordination with Saudi Arabia, UAE military advisers allegedly held a series of meetings with Kurdish Democratic Party and Kurdistan Workers Party (PKK) officials at the US base in northeastern Syria and helped prepare Kurdish militias against an eventual Turkish military intervention.

The United Arab Emirates’ security collaboration with Kurdish militias has been matched by Abu Dhabi’s provision of economic assistance to northeastern Syria. By August 2018, the UAE had invested $50 million in areas of northeastern Syria liberated from IS control, and these capital injections occurred in tandem with Saudi Arabia’s $100 million investment in areas of Syria held by the Kurdish Syrian Defense Forces (SDF). These actions caused Yeni Safak, a prominent pro-government Turkish newspaper, to predict an imminent Arab-Turkish conflict in Syria, and to accuse the UAE of sponsoring terrorism in northeastern Syria.

Yeni Safak’s predictions overstate the UAE’s commitment to the Kurdish cause, however, as the UAE's armed forces remain overwhelmingly focused on strengthening Abu Dhabi’s sphere of influence in southern Yemen. Kyle Orton, a fellow at the Henry Jackson Society who specializes on Syria and the PKK, told Al-Monitor that the Gulf Cooperation Council’s public financing of the SDF aims to “irritate” Turkey and sully Turkey’s reputation, and will not translate into a military confrontation or proxy war with Ankara.

While the scale of UAE cooperation with the Syrian Kurds has expanded due to the Turkish threat, the UAE is also seeking to establish itself as a mediator in the Syrian conflict. On Aug. 30, the UAE’s deputy permanent representative to the UN, Amira Al Hefeiti, emphasized the need for a political solution to the Syrian conflict, and described Abu Dhabi’s involvement in the July 2018 resolution of the Ethiopia-Eritrea conflict as a precedent for similar UAE-backed mediation efforts in the Arab world.

The UAE’s decision to reopen its embassy in Damascus on Dec. 27 was described by Emirati media outlets as proof of Abu Dhabi’s desire to gain a seat at the table in the Syrian conflict resolution process. As the UAE is seeking to maintain its alliance with Saudi Arabia and showcase its foreign policy independence through signature diplomatic initiatives, staking out a more prominent diplomatic role in Syria is vital for Abu Dhabi’s power projection ambitions in the Arab world.

The UAE believes it can be an effective facilitator of dialogue between various Syrian factions because of its mediation experience during the early stages of the conflict, which included a noteworthy meeting between UAE Foreign Minister Sheikh Abdullah bin Zayed and Syrian President Bashar al-Assad on conflict resolution. Although this meeting failed to convince Assad to lighten his repression of Syrian opposition factions, the UAE distinguished itself from Saudi Arabia and Qatar by continuing to engage in back-channel dialogue with Assad, criticizing arms supplies to Islamist opposition forces and establishing close relations with the SDF-led Kurdish coalition.

Now that Syria’s Sunni Arab opposition forces are firmly on the retreat and poised to play an increasingly marginal role in the resolution of the conflict, the UAE has positioned itself to effectively mediate between Damascus and the SDF. In early 2017, the UAE strengthened ties with the SDF by emphasizing the organization’s possession of common concerns with Assad. These concerns include preventing Turkish belligerence and ensuring that the fuel markets in the town of al-Bab, which were formerly captured by IS, remain in the hands of Syrian traders.

While the US military’s close cooperation with the SDF against IS and simultaneous desire to overthrow Assad impeded SDF-Damascus cooperation for much of the war, the impending US withdrawal from Syria has caused Assad and the SDF to tentatively align against the looming threat of Turkish belligerence. The UAE has capitalized on this alignment and has sought to achieve an expeditious resolution of the Kurdish issue, as a settlement allows Abu Dhabi to implement its dual containment strategy against Iranian and Turkish influence in Syria. By arming the SDF in preparation for the withdrawal of US troops and discussing reconstruction assistance programs with Assad’s government that require a swift end to hostilities, the UAE is encouraging Syrian Kurds to focus their energies on combating Turkey, and incentivizing Assad to refrain from forcibly recapturing SDF- occupied regions of Syria.

Although the UAE’s alignment with the SDF has slipped under the radar of many analysts of the Syrian conflict, it signifies Abu Dhabi’s desire to step up its anti-Turkey containment efforts and ambitions of acting as a mediator in the Syrian conflict. As the UAE’s relations with Assad and the SDF continue to strengthen simultaneously, Abu Dhabi is well positioned to break out of Saudi Arabia’s shadow and establish itself as an important diplomatic stakeholder in Syria.