The UAE reorients its strategy from one of military intervention to economic investment and power. 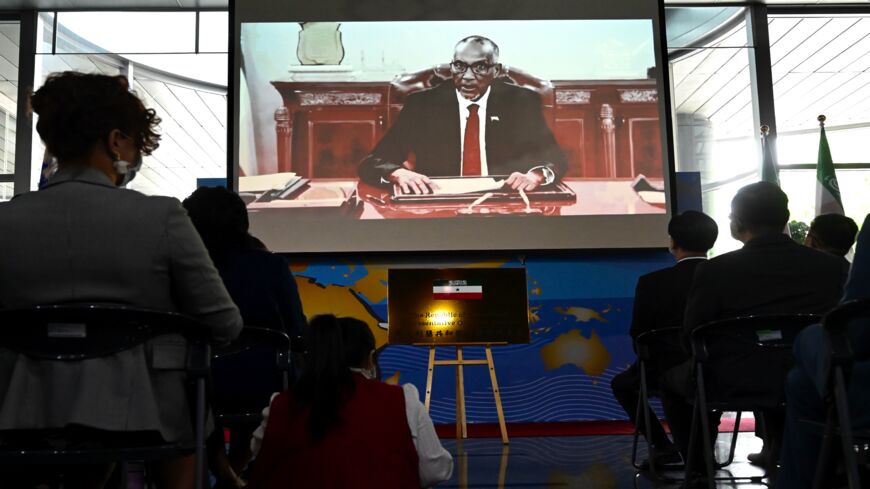 Somaliland President Muse Bihi Abdi is seen on-screen as he speaks via video link during the opening ceremony of the Somaliland representative office in Taipei on Sept. 9, 2020. - SAM YEH/AFP via Getty Images

Abdullah Muhammad al-Naqbi was sworn in on March 17 as director of the United Arab Emirates Trade Office in Somaliland. This appointment sparked immediate controversy due to contradictory messages from Somaliland’s official Twitter channels. Somaliland’s Ministry of Foreign Affairs claimed that the UAE had appointed an ambassador to Somaliland, while Somaliland’s President Muse Bihi Abdi stated that the UAE had appointed a representative to the autonomous region. Notwithstanding the botched announcement of his appointment, Naqbi pledged to further consolidate the UAE’s “brotherly relations” with Somaliland, and DP World immediately launched plans to expand its flagship Berbera Port.

Naqbi’s appointment was greeted with sharply divided reactions in Somalia and Somaliland. In Mogadishu, his arrival was regarded as a UAE tactic to destabilize Somalia and undermine its sovereignty. A prominent Somali analyst told Al-Monitor that “the UAE typically uses Somali regions to pressure the central government.” The analyst contended that “the UAE took this step at this late hour in [Somali President Mohamed Abdullahi Farmaajo Mohamed's] term” to accrue political influence ahead of Somalia’s elections and “help the Somali opposition defeat Farmaajo.”

This perspective largely aligns with Somali Information Minister Osman Dubbe’s strident rhetoric toward the UAE. On Feb. 21, Dubbe accused Abu Dhabi of delegitimizing the Farmaajo government and warned that the UAE wants Somalia to be beset with “displacement, violence and backwardness” like Yemen and Libya. The Somali government’s sensitivity to UAE engagement with Somalia’s autonomous regions has been further amplified by intra-regional divisions over the still unscheduled Somali elections. Sharp regional cleavages were triggered by the expiration of Farmaajo’s term on Feb. 8 and Jubaland's and Puntland’s refusal to accept the terms set by Farmaajo for Somalia’s forthcoming elections. As Puntland has close relations with the UAE and urged Abu Dhabi to maintain its security operations in Somalia in April 2018, Somali officials fear that the UAE could capitalize on Puntland’s resistance to Farmaajo to advance its own interests.

The reaction in Hargeisa was predictably much more optimistic. The Somaliland Chronicle hailed Naqbi’s arrival as the latest in a string of diplomatic successes for President Bihi, which began with Taiwan’s establishment of bilateral relations with Somaliland in September 2020. Yusuf Gabobe, a prominent political analyst in Somaliland, told Al-Monitor that the UAE’s appointment of a career diplomat to Somaliland “will increase the likelihood of other countries joining the UAE and the other eight that already maintained embassy-equivalent offices in Hargeisa.” Beyond advancing projects such as the Port of Berbera, the Berbera corridor and health facilities, Gabobe argued that Naqbi’s appointment could help expand UAE-Somaliland cooperation on securing Red Sea and Gulf of Aden maritime routes from terrorism and piracy.

These domestic polarizations are likely to extend to the geopolitical arena. Due to Farmaajo’s neutral response to the 2017 Qatar blockade and Abu Dhabi’s cancellation of aid and military cooperation programs in Somalia in May 2018, the UAE is locked in a struggle with Turkey and Qatar for geopolitical influence. The expansion of Emirati investments in Berbera strengthens the UAE’s ability to compete with Qatar’s Hobyo seaport project and the Turkish Albayrak Group’s 14-year contract to manage the Port of Mogadishu.

In the short-term, the prospective expansion of the UAE’s commercial footprint in Somaliland is unlikely to have a transformative impact on the geopolitical struggle that is brewing in the Horn of Africa. A Somali political analyst told Al-Monitor that Qatar would be happy if the federal government “scolds the UAE” and stated that “Turkey won’t lose a lot of sleep on the UAE move, as there is widespread support for Turkey in Somalia.” The analyst also noted that Turkey is returning to its “previous role of non-interference in domestic issues.” This normative position means that even if the UAE uses its expanded presence in Somaliland as a launchpad for deeper relations with the Somali opposition, Turkey will be able to maintain positive relations with any authority that takes power in Mogadishu.

The long-term geopolitical impact of Naqbi’s appointment could be more significant, as it could reflect a sea change in the UAE’s power projection tactics on the Red Sea and the Horn of Africa. On the surface, it appears as if the UAE is retrenching from the region. In October 2019, the UAE officially withdrew its military presence from Aden, and on Feb. 18, the UAE dismantled its base in Assab, Eritrea, which assisted its military intervention in southern Yemen.

A closer examination reveals that the UAE is reorienting its Red Sea strategy away from direct military intervention and toward a synthesis of economic investment and remote power projection. The UAE’s transition from a security-premised to economy-focused strategy in Somaliland, which was illustrated by Abu Dhabi’s September 2019 conversion of its proposed military base in Berbera into a civilian airport, was a critical dimension of its strategic reorientation. The UAE’s expanded economic footprint in Somaliland, which will result from Naqbi’s appointment, is complemented by its prospective construction of an Ethiopia-Eritrea oil pipeline and provisions over $200 million to Sudan’s agriculture sector.

The UAE is also quietly consolidating a sphere of influence around the Bab el-Mandeb Strait. Ahmed Atef, a former Yemeni diplomat, told Al-Monitor that the UAE’s departure from Eritrea was motivated by instabilities resulting from the Tigray conflict and desire to redeploy forces to “the quieter and more strategic” Mayyun Island in southern Yemen. Atef also argued that the UAE was establishing a “triangle of influence in Aden, Mayyun Island and Socotra” to secure the Bab el-Mandeb Strait. If the UAE’s closer economic cooperation with Somaliland extends to the security sphere, as Gabobe postulates, Abu Dhabi will be able to expand its maritime security role in this region, even though it is not part of the formal Red Sea coalition established in January 2020.

Although the UAE-Somaliland relationship has strengthened considerably since 2018, Naqbi’s appointment could upgrade the economic and security dimensions of this partnership. The UAE’s expanded influence in Somaliland will sharpen its rivalries with Turkey and Qatar in the Horn of Africa and complement its residual network of Southern Transitional Council-aligned militias in southern Yemen.