The United Arab Emirates has offered Somalia to reopen a hospital in the capital, in exchange for backing the UAE’s involvement in the Yemeni war, but Somalia rejected this amid deteriorating relations between the two countries. 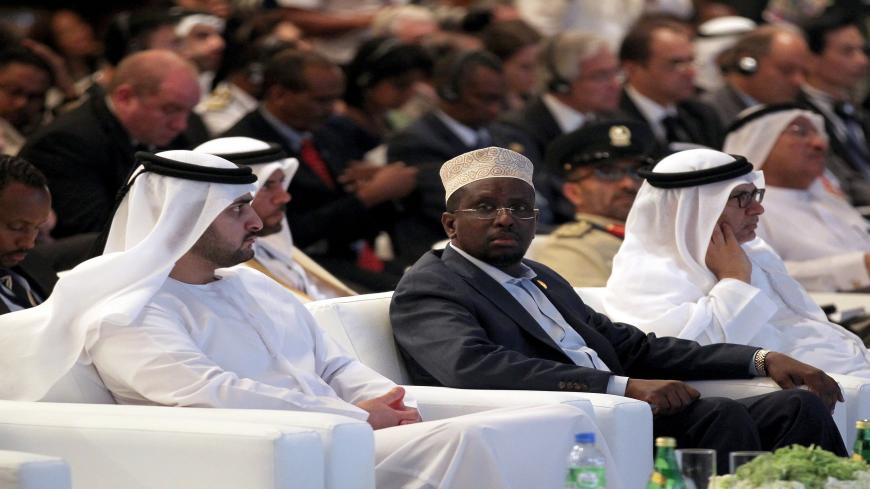 After a period of cold relations, the United Arab Emirates (UAE) now seeks to court Somalia, offering to reopen the Sheikh Zayed Hospital in Mogadishu, which it closed two years ago. Yet like many of Abu Dhabi’s humanitarian gestures, this helping hand comes at a price.

Somalia News reported July 1 that, in exchange for restoring the hospital, Abu Dhabi requested that Somalia backs its involvement in Yemen. The offer came after the UAE-backed Southern Transitional Council (STC) seized Yemen’s Socotra island in the Gulf of Aden on June 20, which the UAE has eyed for some time.

“The UAE is attempting to creep back into Somalia’s good books for a variety of reasons. The most important reason centers around the strategic Socotra Archipelago,” Mohammad Shire, lecturer at the University of Portsmouth, told Al-Monitor. “The island lies in the middle of one of the world’s most important oil trading channels and has served the UAE for the past two years as a strategic foothold for projecting its military and economic interests.”

Emirati and Somali relations plummeted to an unprecedented low after the 2017 Gulf crisis, when Somalia refused to take the UAE and Saudi Arabia’s side against Qatar, and instead opted for neutrality. In May 2018, the UAE withdrew its life-saving aid and military cooperation programs from Somalia to punish and pressure it into supporting their stance. It [the UAE] also aimed to weaken the influence of Qatar and Turkey, which have strong ties with Somalia.

The UAE then sought stronger ties with Somalia’s autonomous regions, namely Somaliland and Puntland, while supporting opposition politicians in Mogadishu. Its DP World has invested over $442 million on developing a port in Somaliland’s city of Berbara since October 2018. Developing a presence in the Horn of Africa would help Abu Dhabi to control trade flow through the strategic Bab el-Mandeb Strait, a key global channel for maritime shipping. This also links to the UAE’s pursuit of ports in southern Yemen and Socotra island — where it also seeks a military presence, to build a powerful regional sphere of influence.

Yet Somalia has repeatedly condemned the UAE’s role in the Somali peninsula. It blocked tens of millions of dollars entering Mogadishu from Abu Dhabi, destined for Somaliland, in April 2018. Somalia reportedly arrested a network of Emirati spies operating in the country. Its stance hinders the UAE’s aims of becoming a powerful actor in the Horn of Africa and beyond.

Facing such obstacles, the UAE has apparently shifted to a more pragmatic approach in Somalia, opting for a more humanitarian image.

“There is a new momentum in the region and we should collectively seize this opportunity to formulate sustainable solutions that serve the interest of regional states and meet the aspirations of its people,” said UAE Minister of State for Foreign Affairs Anwar Gargash in a speech at the UAE Security Forum in Abu Dhabi in December 2019. “We believe that such models will ultimately play an important role in supporting stability and development in the Horn of Africa,” he added.

During the coronavirus pandemic, some wealthier countries have employed “coronavirus diplomacy” through aid to strengthen regional relations and influence, and the UAE is among them. On April 14, Abu Dhabi sent eight tons of coronavirus aid to Mogadishu in collaboration with the World Health Organisation. And then on May 12, Dubai’s Prince Mohammed bin Rashed Al Makhtoum delivered several more tons of aid to Somalia’s capital, including for coronavirus and flood relief.

However, despite these gestures, Abu Dhabi may still fail to win over Mogadishu.

“If history has shown us anything, I doubt UAE humanitarian overtures will produce their intended effects,” Shire said.

Somalia rejected Abu Dhabi’s support of reopening the hospital and criticized the UAE’s role in Yemen.

“Somalis are not cheap tools used to implement your demands. Yemen is a neighbor and a brotherly country and has its own sovereignty and dignity of its people,” said Ahmed Issa Awad, Somalia’s minister of foreign affairs and international cooperation, in response to the UAE’s recent offer, Somalia News reported. “The world knows that Socotra is Yemeni land, and has been from ancient times,” he concluded.

And during an interview with Al-Arabiya channel June 9, Awad again condemned DP World’s “unauthorized” activities in Somaliland and Puntland as a violation of Somalia’s sovereignty, warning that this could make Somali and Emirati relations even worse.

Somalia was once supportive of the UAE — and more widely, the Saudi-led coalition — in Yemen, and Abu Dhabi evidently seeks to revive this.

“The past Somali government of Hasan Sheikh supported the Saudi-led coalition. They did this by officially approving the use of the country's airspace, territorial waters and land for coalition airstrikes against the Houthi movement in Yemen,” Shire said.

“And of course, Hasan Sheikh's close links with the UAE and Saudi [Arabia] in addition to financial motives were the primary drivers — no doubt about that,” he added.

Turkey and Qatar have built strong influence in Somalia’s present government led by Mohamed Abdullahi Mohamed (or “Farmajo”), and Mogadishu can rely on this. Therefore, the UAE will struggle to financially entice Mogadishu.

“The latest rapprochement coming ahead of Somali’s election [in 2020] could be a case of Abu Dhabi trying to get a foothold in the future administration that may come to power in Somalia,” Abdullahi Halakhe, analyst of governance, security and peace in Africa, told Al-Monitor.

“However, if they back a different candidate or a set of candidates — making a coalition of candidates against the present president — they could seek to make a foothold,” said Halakhe.

Facing such challenges, Abu Dhabi could be turning to other options,.

He added, “The UAE wants to take a page from the tested Russian playbook of ‘frozen conflicts.’ They want to do this by strengthening the disputed status of the island between the Houthis, STC separatists, [the Yemeni President Abed Rabbo Mansour] Hadi government and the Somali government, keeping it in a frozen conflict whilst advancing its political and economic regional influence.”

Meanwhile, Abu Dhabi has faced other setbacks in the Somali peninsula. Last September, Somaliland’s administration decided to convert an Emirati military base into a civilian airport, after Abu Dhabi began its construction in 2017. The UAE’s grip may be loosening there, which would limit its regional influence, despite capturing Socotra.