Turkey's Operation Peace Spring has exacerbated the divide between Saudi Arabia, the UAE and Kuwait on the one hand and Qatar on the other. 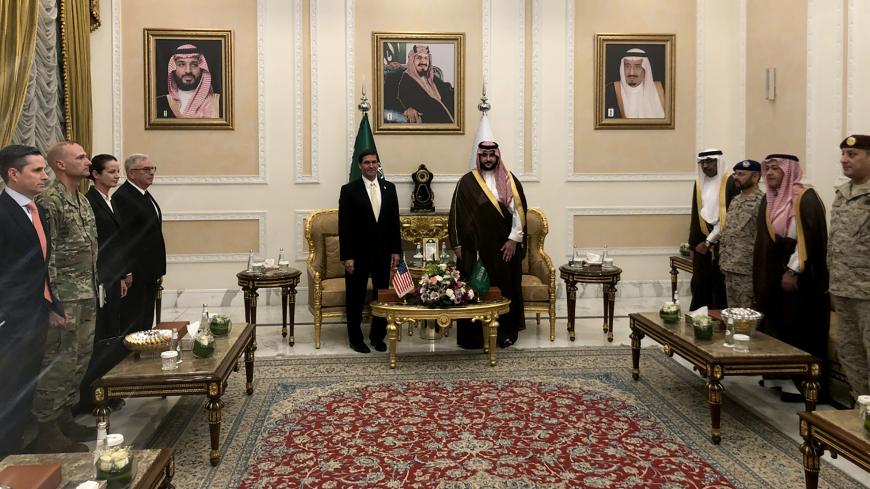 On Oct. 9, the Turkish Armed Forces embarked on Operation Peace Spring, a military campaign to expel US-backed Kurdish militias from Turkey’s border with Syria and facilitate the repatriation of refugees to a designated safe zone in northern Syria. Saudi Arabia, the United Arab Emirates (UAE) and Kuwait swiftly condemned Turkey’s actions as a violation of Syria’s sovereignty, while Qatar stood alone within the Gulf Cooperation Council (GCC) as a defender of Turkey’s military intervention.

Although Turkey paused Operation Peace Spring after a US-brokered five-day cease-fire was reached Oct. 17, Ankara’s actions could profoundly impact how the Gulf countries approach the war in Syria and perceive their alliance with the United States, and further complicate prospects for Gulf reconciliation. While the Saudi and Emirati reactions to Turkey’s Operation Olive Branch offensive against Afrin in January 2018 featured ambiguous calls for the creation of an Arab collective security structure and public defenses of the predominantly Kurdish People’s Protection Units (YPG), both countries expressed solidarity with the Syrian state in the aftermath of Operation Peace Spring.

The UAE, which reestablished relations with Damascus in December 2018, described Syria as a “brotherly Arab country,” while Saudi Arabia more cautiously emphasized the importance of preserving Syria’s sovereignty and territorial integrity. Saudi Arabia and the UAE also refrained from providing material support to the Syrian Democratic Forces (SDF) or the YPG, even though both countries had allegedly provided military assistance to Kurdish forces in Syria in the past. As Saudi Arabia opposes Turkey’s safe-zone proposal and is unwilling to instigate a proxy war with Turkey by supporting Kurdish forces, Riyadh might view a rapprochement with the SDF’s new partner, the Syrian government, as the best way to protect its interests.

When asked whether Operation Peace Spring and the resulting alignment between President Bashar al-Assad and the SDF would make Saudi Arabia more inclined to normalize relations with Syria, former US Ambassador to Yemen Gerald Feierstein told Al-Monitor that Saudi Arabia “could accept, if not necessarily embrace” Assad as Syria’s legitimate leader. To justify this argument, Feierstein contended that Saudi Arabia’s desire to accommodate Russia, loss of confidence in US leadership and willingness to align its position with its leading regional partners could eventually cause Riyadh to normalize its diplomatic relationship with Damascus. Although a complete rapprochement between Saudi Arabia and Syria could take some time to unfold, Operation Peace Spring could help remove one of the last remaining obstacles to Syria’s return to the Arab League.

In terms of the broader geopolitical implications of Operation Peace Spring, US President Donald Trump’s decision to greenlight Turkey’s offensive has caused prominent figures in the Gulf to openly question Washington’s reliability as an ally. Commentators in the UAE have been especially willing to publicly criticize US conduct. On Oct. 13, Abdulkhaleq Abdulla, a prominent Dubai-based political scientist, wrote, “Today, America turned its back on the Kurds and left them prey to [Turkish President Recep Tayyip] Erdogan; who will she turn her back on tomorrow?” Ebtesam al-Ketbi, the president of the Emirates Policy Center in Abu Dhabi, concurred by saying Washington’s unilateral withdrawal from Syria showed that “America is no longer a reliable ally.” When asked to elaborate on this statement, Ketbi told Al-Monitor that “any vacuum caused by the US retreating from the region will create an opportunity for Russia and China,” and American allies such as the UAE “will try and diversify their allies and partnerships” even though the United States is still their main partner.

Saudi commentators were generally more cautious than their Emirati counterparts about criticizing US policy in Syria, but Saudi media outlets featured discussions of Washington’s intentional surrender of its influence in the Middle East and the need for Riyadh to expand its outreach to non-Western partners. Trump’s impulsive decision to abandon the Kurds caused particular disquiet in Riyadh. Salman al-Dossary, the former editor-in-chief of the Saudi newspaper Asharq al-Awsat, emphasized that Trump acted out of step with the views of Congress and the Pentagon, and expressed confidence that US institutions would ultimately steer Washington’s policy in a pro-Kurdish and anti-Erdogan direction. The Trump administration’s approval of a cease-fire involving Turkey that accommodated most of Ankara’s objectives could challenge Riyadh’s confidence in the stabilizing role of US institutions and has distracted from the US decision to deploy 3,000 additional troops to the Gulf region.

Gerd Nonneman, a professor of International Relations at Georgetown University in Qatar, told Al-Monitor that perceptions of the GCC’s growing irrelevance outside of day-to-day technical aspects and Qatar’s “strategic dependence” on Ankara due to the ongoing blockade gave Doha “little option but to align with Turkey.” Nonneman said Qatar-Turkey relations might not strengthen due to Operation Peace Spring, as Qatari policymakers were uncomfortable with the SDF’s anti-Islamic State and "anti-Assad work being chucked out the window,” and Qatar actively sought out options for deescalation throughout the crisis. Even if Qatar-Turkey relations do not visibly improve, Doha’s reaction to Operation Peace Spring will likely prevent a revival of speculation about a partial Saudi Arabia-Qatar rapprochement that surfaced throughout the summer.

Although the Gulf countries were not direct protagonists in Turkey’s offensive in northern Syria, Operation Peace Spring could increase the prospects of a Saudi Arabia-Syria rapprochement, encourage Saudi Arabia and the UAE to expedite their foreign policy diversification strategies, and sharpen Qatar’s isolation from the GCC. As the prospects for durable peace in northern Syria remain tenuous, the Gulf countries will watch Turkey’s actions in this region with unease for the foreseeable future.