The Sunni Gulf states have failed to make a unified statement on Turkey's Operation Olive Branch in Syria, a sign of their competing interests. 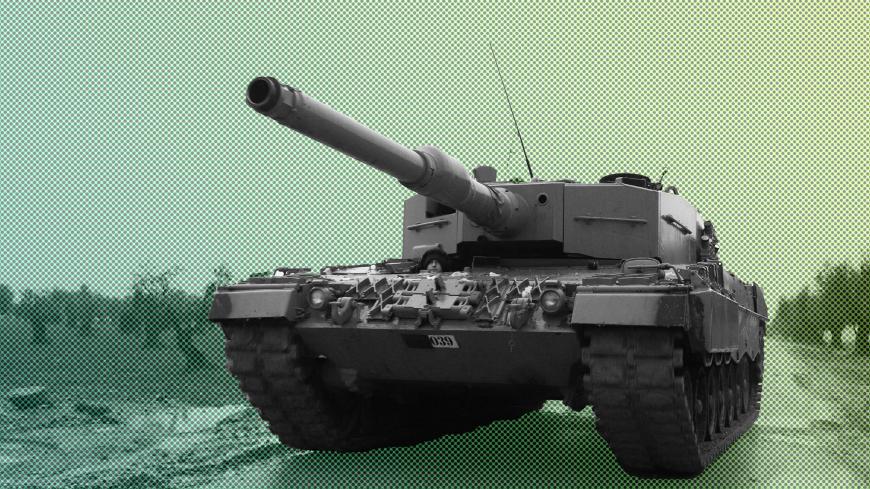 Since the launch of Turkey's Operation Olive Branch into northwestern Syria on Jan. 20, the Sunni Gulf Arab states have yet to issue a unified response — with most not responding at all — signaling how the various players in the Arab world view Turkey's projection of hard power through fundamentally different lenses. In turn, although Turkey’s leadership is keen on improving commercial, defense, investment and trade ties with the wealthy sheikdoms of the Arabian Peninsula, there is also a growing perception in Ankara that certain elements within the Gulf Cooperation Council (GCC) are working with Egypt to undermine Turkish national security.

A spokeswoman for Qatar’s Foreign Ministry, Lolwa al-Khater, said that Doha fully supports Turkey’s campaign to protect its “national security in the wake of the breaches and terrorist attacks carried out inside Turkish territories.” Khater emphasized that the operation in northern Syria is “driven by legitimate concerns related to its national security and securing its borders, as well as protecting the territorial integrity of Syria from the danger of secession.” The Qatari daily Al-Watan published an article titled “Erdogan: Olive Branch to Defeat Terrorists,” accompanied by a picture of Syrians waving a banner expressing support for the Turkish campaign against “terror.”

The United Arab Emirates, which in general views the expansion of Turkish influence in the Middle East as a grave threat to the interest of Arab states and societies, reacted negatively to Ankara’s military campaign. Anwar Mohammad Gargash, UAE state minister for foreign affairs, warned that the campaign serves to highlight the importance of “Arab national security,” without which the “Arabs will be marginalized.” Egypt — closely aligned with the UAE against the Turkish-Qatari alliance, as illustrated by the political fallout from Turkish President Recep Tayyip Erdogan’s December visit to Sudan — condemned Turkey’s Afrin campaign as a “fresh violation of Syrian sovereignty.” Cairo also warned that the military intervention threatens to weaken efforts to defeat terrorist organizations and reach a political settlement in war-torn Syria.

The conservative Turkish daily Yeni Safak, which supports the ruling Justice and Development Party (AKP), published an article alleging that the Kurdistan Workers Party (PKK) and its Syrian offshoot, the Democratic Union Party (PYD), are receiving support from Abu Dhabi and Cairo amid Operation Olive Branch. The article also alleged Saudi involvement in the “dirty plan,” citing Riyadh’s pledged $1 billion for reconstruction in Raqqa, which fell under the control of armed Kurds after the Islamic State lost the city last year.

Turkey’s operation in northern Syria puts Saudi Arabia in a major predicament. On the one hand, Riyadh recognizes that Ankara is competing with Tehran as a future shareholder in Syria’s future, and Operation Olive Branch is ultimately aimed at guaranteeing Turkey greater bargaining power in Astana, Geneva and later this month in Sochi. With Iran not supporting Turkey’s campaign in Afrin, Saudi Arabia will be looking to capitalize on any friction that the military incursion produces in Turkish-Iranian relations, which grew increasingly warm in late 2016 and 2017. On the other hand, Saudi Arabia views the AKP’s neo-Ottomanism ideology as a threat to the kingdom’s role as a leader in the Sunni Muslim world. Ankara’s support for Doha throughout the Qatar crisis has also infuriated the Saudi leadership, but Ankara and Riyadh have worked to try to prevent the Gulf dispute from damaging their cooperation in other areas, such as weapons sales, construction, tourism and investment.

Ultimately, the GCC’s divided outlook on Turkey’s military role in the region — which was apparently a root cause of the Qatar crisis, as highlighted by the Anti-Terror Quartet’s (ATQ) demand that the Turkish base in Qatar shut down — is playing out as the council’s members send mixed messages in response. Whereas years ago, Qatar could have likely remained silent if Turkey had launched an operation against armed Kurds in Syria, Doha’s position nearly eight months after the ATQ blockaded the emirate has left it with little choice but to express support for its closest regional ally. That Doha so quickly endorsed Operation Olive Branch underscores the extent to which Qatar is committed to supporting Turkey’s actions in the region.

In the bigger picture, Qatar’s stance on Turkey’s military campaign in Afrin will add to perceptions among GCC officials, particularly in Abu Dhabi, that Doha is loyal to non-Arabs acting in the Middle East against GCC interests. For Saudi Arabia, the UAE and Egypt’s opposition to Operation Olive Branch creates new challenges for Riyadh’s foreign policy. Due to the new layers of complexity that Ankara’s campaign in Afrin will add to the Syrian crisis and the greater Middle East, it is abundantly clear that Saudi Arabia’s ability to unite Sunni Muslim actors against Iran will face more setbacks.

All the GCC members — whether supportive of, opposed to or silent on Turkey’s operation in northwestern Syria — have concerns about the possibility of regional effects from intensified warfare in Afrin bringing in more international players. Escalating levels of violence between Turkish and Kurdish forces in Syria will without a doubt further diminish recent hopes of 2018 being the year in which the Syrian conflict could begin to wind down and move toward a diplomatic settlement.