As deadly anti-government protests enter their sixth week in Sudan, Egypt has announced its full support for Sudanese President Omar al-Bashir in what could indicate improved relations between the countries. 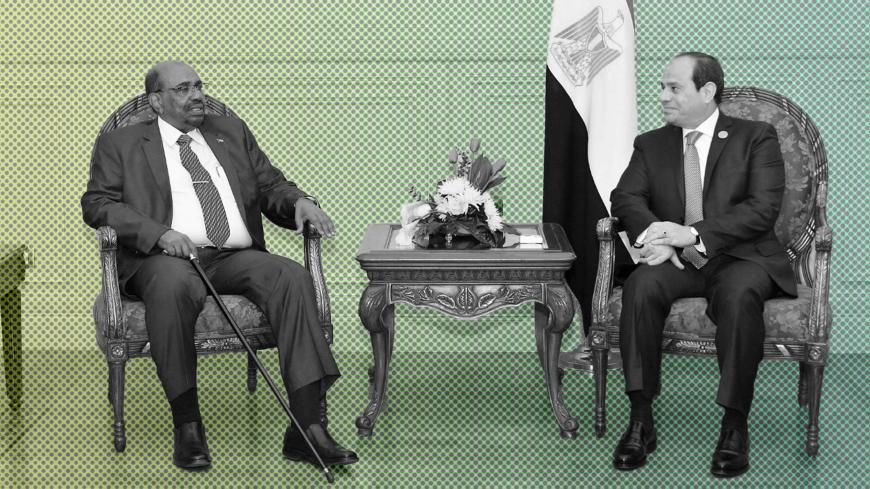 CAIRO — As Sudan cracks down on protesters seeking to topple the government, President Omar al-Bashir is collecting economic and public support from other Arab countries, including its sometime-nemesis Egypt, which was quick to announce its support to Bashir.

On Jan. 27, Bashir paid a visit to Egypt, where he met with his Egyptian counterpart, Abdel Fattah al-Sisi. Bashir thanked Cairo for backing his efforts in containing the protests to restore security in Sudan.

This week, demonstrators continued their almost daily protests that broke out Dec. 19. More than 40 protesters have been killed and more than 1,000 have been detained by Sudanese security forces, according to Amnesty International. Witnesses told The Guardian the government has also turned up its aggression toward reporters by arresting, detaining, beating them and revoking their credentials.

On Jan. 17, protesters marched on the presidential palace.

Observers describe the crisis as the worst threat to Bashir since he took over the country in a 1989 coup.

Sudan has been plagued by economic crises that led the government to double the customs dollar exchange rate to 18 Sudanese pounds. It also raised the electricity tariffs for the industry, agriculture and trade sectors; lifted wheat subsidies; and increased the price of bread threefold. These factors were key in spurring the rampant protests in 11 Sudanese cities as the security forces attempted to calm the situation.

As soon as the protests broke out, Egypt rushed to declare support for Sudan in restoring security and stability in an attempt to mend its deteriorating ties with the country. Bashir has received economic support from Turkey, the United Arab Emirates and Russia.

Egypt and Sudan have been at odds on several issues, mainly the Renaissance Dam and the Halayeb Triangle, a disputed area that includes the cities of Halayeb, Abu Ramad and Shalateen.

On Jan. 5, Egyptian President Abdel Fattah al-Sisi welcomed Mohammed al-Mirghani, the Sudanese president's first assistant. During the meeting, Sisi reiterated Egypt’s full support for Sudan’s stability, saying it is critical to Egypt’s own national security. Bashir later thanked Egypt for its solidarity with his country during this critical stage.

Meanwhile, during his meeting with Sisi in Cairo, Bashir praised the Egyptian delegation's visit to Khartoum in the early days of the protests, calling it "an important message to the Sudanese people and others on Egypt's support and role in ensuring the stability of Sudan."

Ahmed Darraj, a political science professor at Egypt's Beni Suef University, told Al-Monitor that despite the clear differences between the Egyptian and Sudanese regimes on various issues and the worsening tensions between them, they take similar measures when it comes to handling their own people. They both use oppression and violence and trample on democracy, he said, and have imposed tough economic measures.

For example, the Egyptian Central Bank decided to float the Egyptian pound in November 2016 and took a series of measures designed to revive the economy. Egypt increased the price of fuel, electricity and medication; passed new laws for investment and civil service; introduced amendments to the income tax law; imposed taxes on cigarettes and cell phones; and levied a value-added tax.

Darraj believes Shukri and Kamel's visit to Khartoum included bartering with Bashir. In exchange for Egypt’s full support in this unprecedented crisis, Darraj speculates, Sudan agreed to settle their differences, mainly by backing Egypt on the Renaissance Dam issue with Ethiopia and settling the Halayeb Triangle dispute for good.

Egypt has accused Sudan of bias toward Ethiopia in the dispute over the Renaissance Dam, which is highly profitable for Sudan. Thanks to the electricity the dam will generate, Sudan won't have to build any other dams on the Nile River. The structure will also provide Sudan with its full water quota, so it can increase its agricultural cycles to three per year instead of one. Meanwhile, Egypt’s water quota from the Nile is expected to drop by 25 billion cubic liters, leading to fallow agricultural lands and decreasing electrical power.

Some observers believe Egyptian support for Bashir will worsen the Sudanese people’s opinion of Egypt if the uprising against Bashir succeeds.

But the Egyptian regime doesn't care about its image in the public eye, according to Hassan Nafaa, a political science professor at Cairo University. Nafaa told Al-Monitor Egypt is only interested in how it's perceived by other ruling regimes and rejects democratic and rebellious movements. For that reason, Egypt fully supports Bashir despite the ongoing tensions between them.

“The Egyptian regime believes supporting its Sudanese counterpart is in its interest. Sisi wants to extinguish any revolution in the Arab world because Egypt strongly fears repercussions for its situation. If the Sudanese uprising against Bashir succeeds in toppling him and another regime takes control, Egypt will cooperate with that regime and will not boycott it. Egypt would then say it [only] supported Bashir to maintain Sudan’s security and stability. If Bashir’s regime survives, relations between Sisi and Bashir will improve significantly," Nafaa explained.

“Sudan’s location on the southern border of Egypt is a strong motive to counter any possible chaos, as Egypt always faces terrorist threats, especially with the ongoing arms smuggling from Sudanese borders. I think the crisis will turn Bashir and Sisi from foes into friends if Bashir stands his ground.”