Sudan’s Ministry of Energy and Oil announced the updating of the map of the oil blocs in Sudan to be put up for international oil and gas investment, which includes blocs in the disputed area of Halayeb and Shalateen with Egypt, which raises questions as to possible new agreements between the two sides. 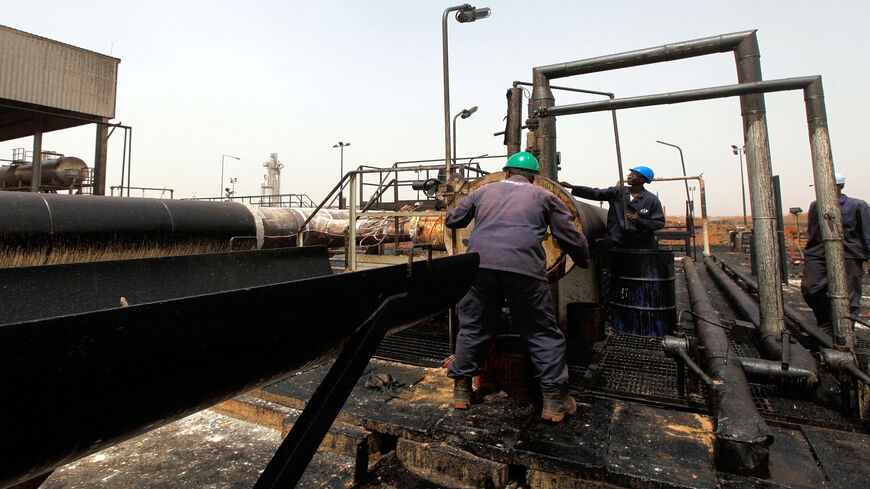 CAIRO — The head of Sudan’s Sovereignty Council, Abdel Fattah al-Burhan, said during a press conference April 9, “Sudan has a good understanding with Egypt about the Halayeb and Shalateen issue.”

Burhan’s statement came at the heels of the Sudanese Ministry of Energy and Oil’s announcement March 21 in regard to the update of the oil blocs' map in Sudan to be put up for global investment in a bid to attract investors and create investment opportunities in the oil and gas field. The ministry has identified 26 blocs, including the bloc known as the 16th district in Halayeb and Shalateen, without any objection from Egypt.

Mohammad Abdul Ghani Awad, head of the Promotion Department at the Oil Exploration and Production General Administration in Sudan, said in a press statement following the ministry’s March 21 announcement that the division and mapping process was carried out in a scientific manner according to the internationally recognized systems and cadastral mapping works.

In his speech, Hamdok touched on the issue of the Halayeb and Shalateen Triangle, calling on the need to tackle the unaddressed issues in the relations with the Egyptian authorities, namely the triangle issue in order to come to an understanding in this regard.

On March 6, demonstrations broke out in different locations in Sudan in protest to the visit of Egyptian President Abdel Fattah al-Sisi to Khartoum. Demonstrations called for “taking back the Halayeb and Shalateen Triangle in the Red Sea state.”

The Halayeb and Shalateen Triangle comprises an area of 20,000 square kilometers (7,722 square miles) and includes several towns, notably Halayeb, Abu Ramad, Ras al-Hadariya, Marsa Hamira and the town of Abraq. The area has a population of 27,000 people.

Sudan and Egypt have been in dispute over the Halayeb, Shalateen and Abu Ramad Triangle, as Khartoum has been demanding sovereignty over the area since 1958, while Cairo insists that it is part of Egyptian territory.

Sudan occasionally raises this issue and talks about its sovereignty right over the area. On Feb. 25, the Sudanese government submitted a new complaint to the United Nations Security Council, demanding to impose sovereignty over the disputed territory.

On Aug. 24, 2020, in a speech on the 66th anniversary of Army Day in the Wadi Sidna Military Area in Khartoum state, Burhan said that “armed forces will not give up an inch of Sudan’s land.”

“We stick to our right and will not give it up or forget it until the Sudanese flag is raised in Halayeb and Shalateen,” he added.

On March 20, 2017, the head of the Technical Committee for Border Demarcation in Sudan, Abdullah al-Sadiq, announced the formation of a committee that includes the ministries of justice, interior and foreign affairs as well as the National Records Office of Sudan and the Technical Committee for Border Demarcation to resolve the issue of the Halayeb, Shalateen and Abu Ramad border areas, and to “remove” the Egyptians by diplomatic means.

On April 17, 2016, in an official statement by the Sudanese Foreign Affairs Ministry, Sudan called for direct negotiations over the Halayeb and Shalateen Triangle or the need to resort to international arbitration in compliance with international laws and conventions. Egypt strongly rejected this call.

Commenting on Sudan’s moves, Samir Ghattas, former Egyptian member of parliament and head of the Middle East Forum for Strategic Studies, told Al-Monitor that it is highly unlikely that Egypt would give up territories in the Halayeb and Shalateen area to the benefit of Sudan.

He explained that this area represents an important strategic depth for Egypt since its southern borders on the Red Sea coast is exposed and vulnerable, which threatens national security and therefore Cairo would not allow Sudan to control the triangle.

“It is possible that there will be some kind of understanding, or some concessions on the part of the Egyptian administration, whereby Sudan would be present or carry out excavations in the area but under Egyptian sovereignty. Egypt will not go as far as to cede the lands to Sudan,” Ghattas said.

He noted that in any case, Egypt would not announce the existence of such understandings with the Sudanese side for fear of angry popular reactions, which exploded when the Egyptian government declared that it had officially ceded the islands of Tiran and Sanafir to Saudi Arabia.

On June 16, 2017, after the Friday prayers, protests broke out in different parts of the Egyptian capital denouncing the agreement to demarcate maritime borders between Egypt and Saudi Arabia, known as the Tiran and Sanafir Agreement. Dozens of demonstrators were arrested by the security forces.

Ghattas said that the Egyptian leadership is forced to make concessions in the Halayeb and Shalateen issue in order to preserve the unprecedented strategic relations with Sudan, especially now since Cairo is dealing with Ethiopia’s intransigence on starting the second stage of filling of the Grand Ethiopian Renaissance Dam (GERD), without a prior agreement with the downstream countries, something that represents a clear threat to the Egyptian government.

On April 6, Egypt announced the failure of the last round of talks on the GERD held in the Democratic Republic of Congo on April 4-5. Ethiopia was quick to announce its intention to start the second phase of filling as scheduled in July.

Mona Omar, former Egyptian deputy foreign minister for African affairs, told Al-Monitor that there has been integrated coordination between Sudan and Egypt at all levels, whether political or economic.

She said that a settlement in relation to the Halayeb and Shalateen area was expected in a bid to thwart any external attempts to drive a wedge between the two countries.

Omar also expects the area to witness further investments and the establishment of economic projects and cooperation with international companies generating gains for both Egypt and Sudan.

On Nov. 1, 2020, the Egyptian army spokesman, Brig. Gen. Tamer al-Rifai, announced that the leaders of the Egyptian and Sudanese armies signed an agreement to increase cooperation in training, exchange of expertise and border security.

The Egyptian army announced on Nov. 4, 2020, the launch of joint military exercises between Egypt and Sudan, a first between the special and air forces.

On Nov. 20, 2020, the National Organization for Military Production signed a memorandum of understanding with Sudan’s Defense Industries System in various fields of industrialization.

During a phone call with Burhan Jan. 2, Sisi announced Egypt’s full support for Khartoum in all fields based on the close association of the Egyptian and Sudanese national security.