Sudan recently announced the formation of a committee to consider the expulsion of Egyptians from the disputed Halayeb and Shalateen region, an area that has long been at the forefront of strained relations between Cairo and Khartoum. 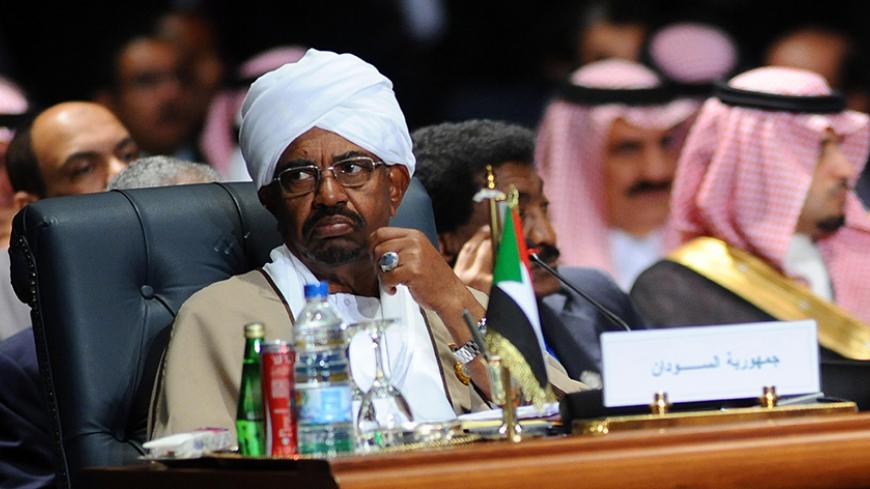 CAIRO — The conflict over the Halayeb triangle, a small border region claimed by Cairo and Khartoum, has surfaced again as Sudan announced on March 20 the formation of a committee to demarcate the Sudanese border and to settle the issue of the border triangle area of Halayeb, Abu Ramad and Shalateen. The committee will also expel Egyptians by diplomatic means, as per press statements made by Abdullah al-Sadiq, the head of the Technical Committee for Border Demarcation. This exacerbated the strained relations between Egypt and Sudan over the ownership of this region.

Sadiq told the Sudanese Media Center that the committee held a meeting in preparation for laying down the work parameters and setting a road map concerning the region.

In another press statement made on the same day to the Sudan Tribune newspaper, Sadiq said that the Sudanese Foreign Ministry invited several parties from Sudan, including the ministries of Justice, Interior and Foreign Affairs, the National Records Office of Sudan, and the Technical Committee for Border Demarcation in order to compile the work of previous committees on Halayeb and Shalateen and update their findings.

The Egyptian-Sudanese conflict over the Halayeb and Shalateen region erupted amid two conflicting claims over the border issue. While Sudan believes it is entitled to impose its sovereignty over the triangle because it is part of the Sudanese territories, Egypt says that the triangle is Egyptian and rejects any international arbitration attempt. Amid this Egyptian categorical rejection of international arbitration — or any political negotiations, for that matter — Sudan used the term “expel” in reference to expelling Egyptians from the area.

These statements provoked wide reactions on the Egyptian street, as members of parliament launched a sharp attack on the Sudanese side, especially considering that this is the first time Sudan took the Halayeb and Shalateen issue to this level.

“Since the era of Muhammad [Ali Pasha] from 1805 to 1848, the King of Egypt was called the King of Egypt and Sudan. But out of the Egyptian state’s loyalty to its Sudanese brothers, Sudan was granted independence in 1905 upon its request, and the Sudanese are well-aware that the area is Egyptian. We wish to remind everyone that Egypt is a country of peace and civilization and there is no way it could ever desire other people’s lands. Its people and armed forces will not accept to let go of a single centimeter of their territory with all due respect to the Sudanese people,” he added.

For its part, the African Affairs Committee in the Egyptian parliament launched a sharp attack on Sudan, as its chairman Gen. Hatim Bishat said in a press statement March 21, “The Sudanese Ambassador in Cairo Abdel Mahmoud Abdel Halim is well-aware that the Halayeb and Shalateen area is ​​fully Egyptian and can respond to Sadiq’s statements.”

He added, “The Halayeb and Shalateen residents are subordinate to Egypt, and all the services provided there are Egyptian, so I call on the Sudanese president to reconsider his vision and avoid creating problems every now and then.”

These developments came after Egyptian media outlets criticized the visit made by Qatari Emir Sheikh Tamim bin Hamad Al Thani’s mother Sheikha Mozah to Sudan March 16, following her visit to ​​the Sudanese Albajrawia pyramids. Egyptian journalists considered this to be an insult to the Egyptian pyramids.

“We suddenly started hearing that Sudan has pyramids amid Qatari reports that the Sudanese pyramids are more ancient than the Egyptian ones. These are cheap words that do not deserve to be answered,” media figure Mohammed al-Ghaiti said March 16 on his Sah el-Nom show broadcast on the LTC TV channel.

Sudan’s Ambassador Abdel Halim responded by saying in a press statement March 20, “The Egyptian media outlets have launched a systematic campaign against Sudan mocking its history.”

Meanwhile, Information Minister and spokesman for the Sudanese government Ahmed Bilal Osman described the Egyptian media campaign as being “bad” to the Sudanese civilization and monuments, stressing that Khartoum will deal with the remarks with all seriousness. Several hours later, Sudan announced the formation of a committee to settle the case of Halayeb and Shalateen.

The ​​Halayeb and Shalateen area stretches over 20,000 square kilometers (7,700 square miles) in southeastern Egypt and northeastern Sudan, on the border between both countries. It includes several villages, namely the villages of Halayeb, Abu Ramad, Ras Hadarba, Marsa Hamira and Abrak, with a population of 27,000 people.

For Egypt, the Halayeb region has an important strategic dimension as it exposes its southern border on the Red Sea coast and makes it vulnerable, thus threatening its national security. Meanwhile, Sudan views the region as important to maintaining Sudan's unity and political stability as it constitutes a political and geographical continuation for the country on the Red Sea coast, in addition to its commercial and economic importance for both countries.

On April 17, 2016, Sudan's Ministry of Foreign Affairs made an official statement calling for direct negotiations on the Halayeb and Shalateen triangle or for resorting to international arbitration in compliance with international laws and covenants.

International arbitration requires the consent of both countries, and Egypt refuses arbitration in the case of Halayeb and Shalateen.

Muna Omar, the assistant to the former Egyptian foreign minister for African affairs, told Al-Monitor, “Sudan knows very well that these lands are Egyptian and that Egypt has never and will never give up on any centimeter. Therefore, Sudan’s escalation, threats and formation of a committee to expel Egyptians from the area is very serious and will inflict damage to the interests of the two countries.”

Omar said, “Halayeb is home to Egyptians who live by Egyptian customs and traditions, who have Egyptian identification papers and who belong to the Egyptian state, so how would it be possible to expel these from there?”

She added, “We have thousands of Sudanese citizens living and working in Egypt. And there are Egyptians living in Sudan. There are also brotherly relations and a history linking the two countries, and such acts will negatively affect these relations. Sudan has to stop issuing statements that are hostile to Egypt and close the dossier of Halayeb and Shalateen once and for all."

“Resorting to international arbitration will by no means benefit Sudan, as the Egyptian state has documents that confirm that the land is Egyptian, and Sudan will not be able to move forward alone. I demand that this dossier be completely closed,” she concluded.

The technical committee formed by Sudan did not issue any report as of yet amid much anticipation and anger on the part of the Egyptian parliament and media outlets.