Last Greeks of Alexandria struggle to keep their community alive

The Greek community of Alexandria long considered itself one of the main actors in the building of modern Egypt, but with their number dwindled to fewer than 1,000, they are now organizing to deepen and expand existing roots by connecting more with local non-Greek Alexandrians. 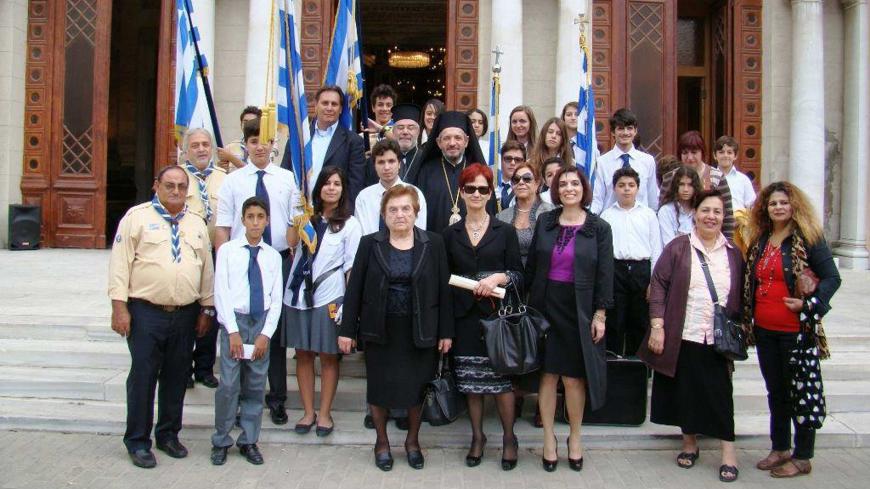 People gather outside the Greek Orthodox Cathedral in Alexandria, Egypt, in a picture uploaded Nov. 25, 2013.

During the building of modern Egypt, Alexandria was a melting pot. People from the Levant and Europe came together there to form one of the most open cities in the Middle East and North Africa. Among them, the Greeks had carved out a prominent place for themselves, but they now stand at a crossroad, struggling to sustain their community and its legacy.

The establishment of Egypt's modern Greek community dates to the first half of the 19th century, when Greek immigration escalated due to the economic opportunities available under the government of Mohammed Ali Pasha, especially in trade, a point of interest advanced by the proximity of Greece and Egypt. Although Greeks spread out across Egypt, Alexandria, the nation's second largest city, was always the core of the community.

Andreas Vafiadis, a member of the board of directors of the Greek Community of Alexandria (EKA), told Al-Monitor, “[In Alexandria], the organizing of the Greek community took place in 1843, [when] some businessmen gathered at the Saint Sava Monastery decided that they had to do something for the Greeks, who had a lot of needs when they arrived to Egypt.” They decided to start with establishing a school and a hospital run by Greeks. A church and a cemetery soon followed.

This well-to-do community and the favorable climate toward it contributed to an increase in the number of Greeks living in the port city until the middle of the 20th century. The most generous estimates have them peaking at 150,000 residents in the early 20th century, making them at the time a large proportion of Alexandria’s total population of 400,000. Today there are fewer than 1,000 Greeks living in the city. The rise of Egyptian nationalism planted the seeds of their decline, inevitably transforming their role in Egyptian society.

Alexander Kitroeff, a professor of history at Haverford College and the author of “The Greeks and the Making of Modern Egypt,” spoke to Al-Monitor about Egypt's early days of semi-independence under King Farouk. Kitroeff explained, “When Egyptian nationalism started to develop in the '20s and '30s, and Greeks realized that the privileges that foreigners once had would not always be in place, they developed this narrative of having a special relationship with the Egyptians and being key contributors to Egypt’s modernization.”

The turning point for the community arrived with the 1952 revolution that resulted in the nationalist and socialist regime led by Gamal Abdel Nasser. This changed the rules of the game for Alexandrian Greeks, many of whom saw their businesses nationalized or who lost their jobs, particularly in the public sector. This state of affairs coupled with Greece's emergence from civil war led many Greeks to head for their homeland.

The sudden departure of Greeks from Alexandria, and a fondness for the cosmopolitan atmosphere that had characterized the city since the end of the 19th-century, resulted in many Greeks idealizing that epoch. For some, the nostalgia remains.

Kitroeff remarked, “Greeks felt much closer to the Egyptians [than other communities, for instance the British or French, did], and through the life and the economy that they developed, they genuinely believed they were contributing to Egypt, but they did it from a position of privilege.”

The Greek population in Alexandria continues to decline. Because of this, the generation in their 30s and 40s feels the need to get past dwelling on the illusion of a golden epoch and adapt to the new reality before it is too late, by opening up more to non-Greek Alexandrians and curbing their numerical decline.

“[The community] is totally isolated and out of touch with reality, thinking that we play a major role when this is not the case,” Vafiadis remarked. “The mission of [EKA] was to serve Greeks in Alexandria, but now, since we are only a few, we have to redefine ourselves and be more active among the Egyptians.”

Dimitris Cavouras, culture commissioner on EKA’s board, told Al-Monitor, “The [association] has to participate more in what is happening in Alexandria and also has to organize more events and activities so that [other] Alexandrians can learn more about Greeks here while we also do more for our city.”

In this regard, the promotion of Greek culture constitutes one of their top priorities, and thus the Hellenic Foundation for Culture (HFC) has a leading role to play given the Greek classes, symposiums, lectures, exhibitions and concerts it sponsors.

HFC President Stavroula Spanoudi told Al-Monitor, “We are one of the few places in Alexandria offering high-quality culture, and we always try to do it in collaboration with the Egyptians, from the authorities to the youths producing culture.”

At the beginning of May, Alexandria hosted the inauguration of “Nostos: Reviving Roots,” a program built around strengthening the cultural heritage and social legacy of Greeks and Greek Cypriots in Egypt. “Nostros” means “return to the roots.” The first of its kind, the initiative was held under the auspices of the Egyptian Ministry of Immigration and its Greek and Cypriot counterparts. The presidents of Greece, Cyprus and Egypt met on the sidelines to discuss deepening their countries' relations.

Also as part of the initiative, 120 Greeks and Cypriots who once lived in Egypt returned for a visit. They toured Alexandria, Cairo and Sinai, where they took in historical sites linked to their communities, such as the Bibliotheca Alexandrina, Cavafy Museum or Saint Catherine's Monastery. In a smaller event dubbed “Nostos II,” Greek, Cypriot and Egyptian expats got together in London at the end of October.

While praising this effort to revive ties, members of the Greek community want more concrete, grassroots projects to keep them connected. Cavouras remarked, “[Nostos] is a very good initiative, but it is still at a high political level. It needs to reach the roots: the youth, the community organizations, the Egyptian diaspora in Greece and Cyrus, and the Greek and Cypriot diasporas in Egypt.”

He also warned, “It is not enough to sign an agreement, a treaty or a memorandum of understanding. We need to see civil society more engaged, and here is where the community, acting like a bridge, has to help in nurturing relations.”

For Michael Arslanidis, vice president of the Greek Chamber of Commerce and a former EKA vice president, the community has a new opportunity to deepen relations with other locals.

“The economic crisis in Greece pushed many Egyptians living there to come back [to Egypt],” Arslanidis told Al-Monitor. “Now, in Greek schools [in Alexandria], there are many more Egyptians [than in the past]. The process of merging has already begun.”

Nadine Sirgouneti is a young, half-Egyptian, half-Greek women trapped between her commitment to the Greek community and her desire to leave in search of better opportunities.

“For my generation, there is this urge to restore a little bit of what Alexandra used to be,” she told Al-Monitor. “[At the same time, though] most youths tend to want to go to Greece or somewhere else. If we compare generations, the one before us was way more attached to Egypt.”

To address this situation, Cavouras contends that the community has to focus on providing jobs and responsibilities to the youth.

“Even if we have to take some risks, the community has the capacity to create job opportunities for its young members, and also for [non-Greek] Alexandrians, by using its infrastructure, for instance in education or health,” Cavouras said. “Young people need to be promoted to decision-making positions [in the community], because otherwise they will not be engaged.” 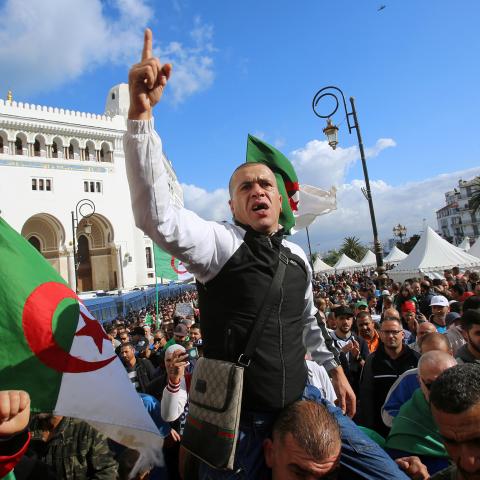