The Russian ambassador to Israel refused to label Hamas as a terrorist organization, calling on Israel to deal with the group to reach a political solution. 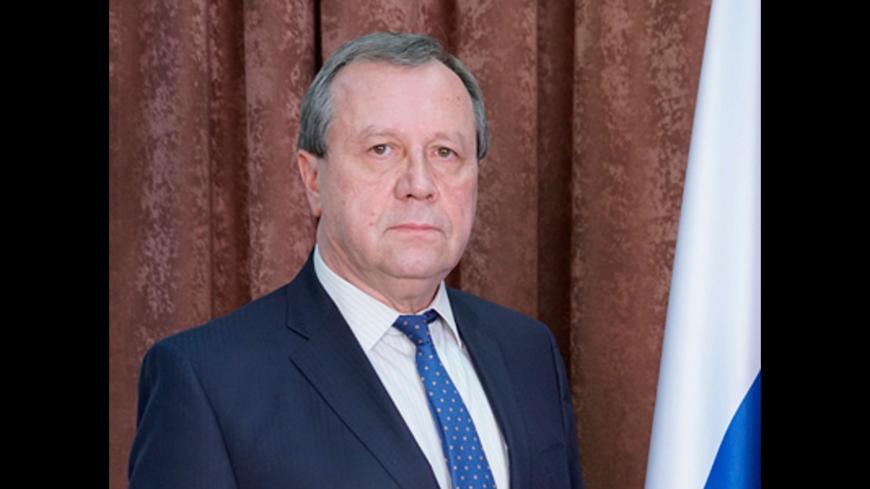 While Hamas seeks to further develop regional relations with countries such as Egypt, Iran, Qatar, Turkey and Lebanon in light of the organization's deteriorating ties with Saudi Arabia, the United Arab Emirates and Syria, the Gaza-based group is also making efforts to improve its international relations with Russia, the EU, Malaysia and South Africa.

While the United States has pressured some nations not to communicate with Hamas, some countries, including Russia, continue their communication channels with the movement to ensure their position in the region.

Russian Ambassador to Israel Anatoly Viktorov told the Times of Israel on Nov. 9 that Russia does not view Hamas a terrorist group, but consider it part of Palestinian society. “We are keeping contacts with Hamas,” he added, saying the group “is a legitimate political force in Palestine.”

Viktorov said labeling Hamas as a terrorist group undermines the political process, suggesting that the movement “should be involved in a possible political solution.” He further said that Israel should engage with Hamas.

These statements are important for two reasons. First, the Russian ambassador is in Tel Aviv and represents the policy of Russia, a permanent UN Security Council member. Second, the statements came from the heart of Israel, which considers Hamas a terrorist organization that engages in armed conflict, the most recent being the Nov. 12-13 escalation between Israel and Hamas in the Gaza Strip.

Husam Badran, a member of Hamas’ political bureau in charge of its international relations who resides in Qatar, told Al-Monitor, “The Russian stance is part of an increasing international conviction of Hamas’ role and importance and its impact on the Palestinian arena. Russia is a major country that realized this fact early on, and it is dealing with us on that basis. The Palestinian cause cannot be settled without our participation or approval. Our relations with Moscow were not born yesterday, and we have ongoing visits between us as Russia seeks a positive role in the Palestinian cause — and this is what we want from this relationship.”

Hamas has sought to organize periodic visits to Moscow, most recently in June through a delegation headed by Mousa Abu Marzouk, another member of the Hamas political bureau. He met with Mikhail Bogdanov, a deputy foreign minister and special envoy to the Middle East, at the Russian Foreign Ministry. In March, a leading delegation from Hamas visited Moscow.

Hamas paid its first official visit to Moscow in 2006, after winning the Palestinian legislative elections. Russia was the first international country that invited Hamas to visit.

All visits between Hamas and Moscow and meetings between Hamas leaders and Russian officials discussed their bilateral relations, developments in the Palestinian situation, regional issues and reconciliation with Fatah. The visits angered Israel, which considered them international marketing for Hamas.

Bassem Naim, head of the Council on International Relations in Gaza, an independent institution aimed at building international relations, told Al-Monitor, “Hamas has an undeclared office in Moscow, through which it communicates with high-ranking Russian officials constantly. Some meetings are open, while others are secret. Russia is bent on playing a positive role in the Palestinian cause, and Hamas knows that Russia has become influential in the Middle East and a partner in its events. For that reason, the rapprochement is in Hamas’ interest.”

US-Russian disputes are not restricted to regional issues such as the Iranian nuclear case, the Syrian situation and the case of Ukraine and North Korea. The two do not see eye to eye on Hamas either.

Viktorov said positive things about Hamas in his Nov. 9 interview, while the United States lists some Hamas leaders as terrorists, the latest of whom is Saleh al-Arouri, deputy head of the political bureau, on Nov. 13. The United States placed a $5 million bounty on Arouri. Israel had informed Russia about its opposition to Arouri’s visit to Moscow in September 2017, following his meeting with Bogdanov as part of the Hamas delegation.

Also on Nov. 13, the Russian Foreign Ministry blamed Israel for the military escalation in the Gaza Strip that claimed the lives of seven Palestinians. The ministry called the escalation provocative. The previous day, US Middle East peace envoy Jason Greenblatt had condemned Hamas and stood with Israel for defending itself against the movement.

Barhoum Jaraysi, a Palestinian expert on Israeli affairs from Nazareth, Israel, told Al-Monitor, “The sympathetic talk of the Russian ambassador about Hamas might annoy Israel, but Tel Aviv will not risk harming its relations with Moscow over this statement. Still, Russia does not translate its statements into political behavior on the ground, and it does not pressure Israel to be fair to Hamas. Actually, by clinging to the Syrian affair, Russia becomes less interested in the Palestinian cause, which comforts Israel.”

Viktorov’s statements seem to conflict with his country’s actual stances because, through Russia’s membership in the international quartet, it calls on Hamas to recognize Israel and reject violence.

He did say at the beginning of the interview, “We’re condemning any violent actions. In our contacts with Hamas representatives we usually underline that it’s not acceptable.”

Issam al-Dhalis, the deputy head of Hamas' political department, told Al-Monitor, “We thank the Russian ambassador for his just stance toward the movement. His words are in line with our openness to all parties, as mentioned in Hamas’ political document in 2017, which welcomed the stances of countries supporting Palestinian rights. Hamas’ case is just, and we welcome any Russian role to solve the issue without going into the peace process and negotiations with Israel.”

Hamas might list Russia as a friend rather than ally, and could use Russian help to promote Hamas' political stances. Hamas might benefit from its growing relations with Iran to further develop its contacts with Russia in light of the close relations between Moscow and Tehran. But this does not mean Hamas and Russia have identical stances. They disagree on several issues, including armed resistance, their take on Israel and their relations with Syria.