Egypt’s Supreme Judicial Council has banned the media's use of audiovisual devices for all trials, stirring anger among journalists and human rights activists. 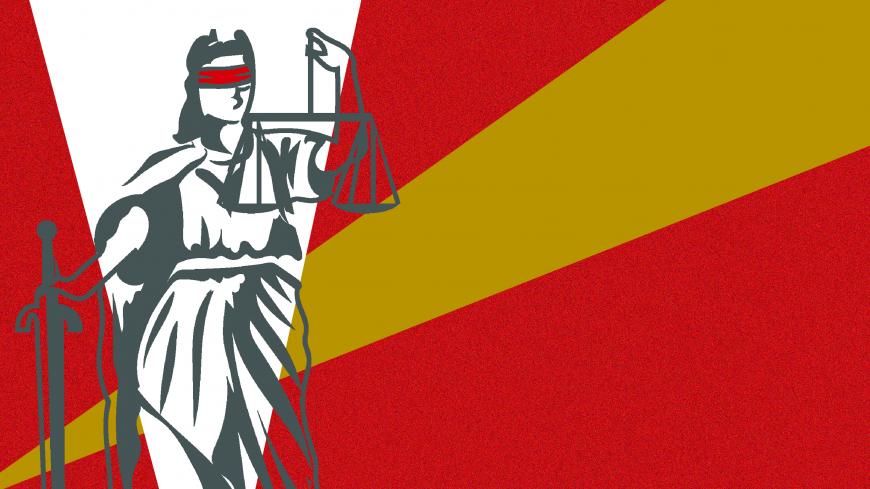 CAIRO — Egypt’s Supreme Judicial Council (SJC) decision No. 1308 published on Aug. 14 to ban media coverage of all trials via audiovisual devices has stirred much controversy in human rights, media and judicial circles.

Some see it as a means to prevent citizens from knowing what is happening in trials and a major restriction of freedom against journalists covering Egypt's judicial issues.

In the first implementation of this decision, just one day after its issuance, the head of the Criminal Court of Cairo, Judge Hassan Farid, banned photojournalists from attending the hearing of 20 defendants in case No. 239 of 2015. They are accused of joining a terrorist cell in Marsa Matrouh that is affiliated with the Islamic State in Libya and with slaughtering 21 Egyptians in Libya.

Human rights lawyer Mukhtar Munir described the decision as totally unfair and told Al-Monitor in a telephone interview that it contradicts the established principle of publicity of court hearings.

“The State Council’s Supreme Administrative Court issued a judgment in 2010, conferring to itself, and not to the Supreme Judicial Council, the power to ban TV broadcasting of hearings and trials. The ban decision violates and invalidates this judgment, stripping it of its binding force,” he said.

Munir, who works for the nongovernmental organization Association for Freedom of Thought and Expression, said that citizens have the right to attend trials and hearings. “But in reality, all proceedings of public opinion cases are held at police headquarters, which citizens cannot enter without a special permit,” he added.

Indeed, all public opinion and terrorism-related trials are held at police headquarters, while other trials are held in ordinary courts allowing the entry of the public but banning audiovisual devices.

Munir noted that Article 268 of Egypt’s Code of Criminal Procedure states that hearings shall be public unless in exceptional cases determined by the court itself. “The Supreme Judicial Council cannot issue an absolute ban,” he said.

On Aug. 13, SJC submitted a complaint to the public prosecutor against Egyptian websites Al-Mesryoon and Al-Omah, accusing them of publishing false news concerning the judiciary, including the publication of remuneration of judges.

Munir said that Egypt’s current regime sees any large government apparatus as a sovereign authority, and therefore such authorities may not be put under media spotlights as this would threaten Egypt’s national security. “How will the publication of the salaries of judges affect national security?” he wondered, noting that this type of news has nothing to do with national security.

He added, “The problem is that the Justice Ministry does not have an information office, which makes it difficult for journalists following up on judicial matters to perform their job. This is not to mention the recent crackdown on journalists.”

The judge added that the decision was issued to protect the rights of the accused and the judges, saying, “Taking photos of judges may expose them to potential future assaults. National security officers may also be subject to assassinations if their identity is revealed since they are the main witnesses in most terrorism-related cases.”

He said that the ban is limited to audiovisual coverage and that journalists are given free access without their cameras, adding that the decision came after some media outlets published false information regarding judges’ remunerations. This undermines the standing of judges and the judiciary as a whole.

Mustafa Shaat, a legal researcher at the American University in Cairo's law and society unit, told Al-Monitor, “Judges are strongly sensitive about broadcasting hearings, especially in cases related to terrorism, where the defendants are placed in glass cages and can barely communicate with their lawyers or hear the judges clearly. The trials held at the police headquarters violate the Code of Criminal Procedure. This is why judges prefer not to have trials and hearings documented with audiovisual devices.”

Shaat noted that most terrorism-related cases are politicized. He explained that “several facts revealed that some judges follow their own ideology and this was documented by the photographers' cameras. Filming of trials allows documenting judges’ violations, and this is why they want to ban TV broadcasts of all hearings. The principle of publicity of trials and hearings has harmed judges. This principle is directly related to the public image of the court and judges.”

A number of judicial authorities had issued several decisions banning judges from giving statements about judicial cases to media outlets and preventing them from posting about them on social media.

Indeed, Public Prosecutor Nabil Sadek had banned all public prosecution members on May 10, 2016, from expressing political opinions on social media or making statements to the media. The Administrative Public Prosecution also issued instructions Aug. 16 to its members not to speak to the media during the course of their inspections and to refrain from giving press statements in general.

Shaat added that these decisions confirm beyond any doubt that there is an official crackdown on journalists, stressing that “a ban on filming contradicts the principle of public hearings. It is mainly aimed to cover up for the mistakes that judges may make during hearings, which may tarnish their image in the eyes of the citizens.”

He noted that the job of journalists covering judicial affairs may be harder than that of other journalists, saying, “This happened several times, such as when journalists published news contrary to the statements issued by judicial authorities and when articles tackled the remuneration of judges. On May 8, a journalist from the Al-Fajr newspaper was accused of offending the public image of the judiciary by publishing offending materials.”

Shaat added, “The ban allows journalists to attend hearings but prevents them from bringing in any audiovisual devices. They could be subject also to prosecution depending on the angle from which they choose to tackle their articles."

In addition to the general freedom restrictions preventing them from having access to information, Egyptian journalists covering judicial issues face continued threats of prosecution.