Egyptian banking experts agree on the risks of trading in bitcoin, and central bank authorities say they have no plans to authorize the virtual currency's use. 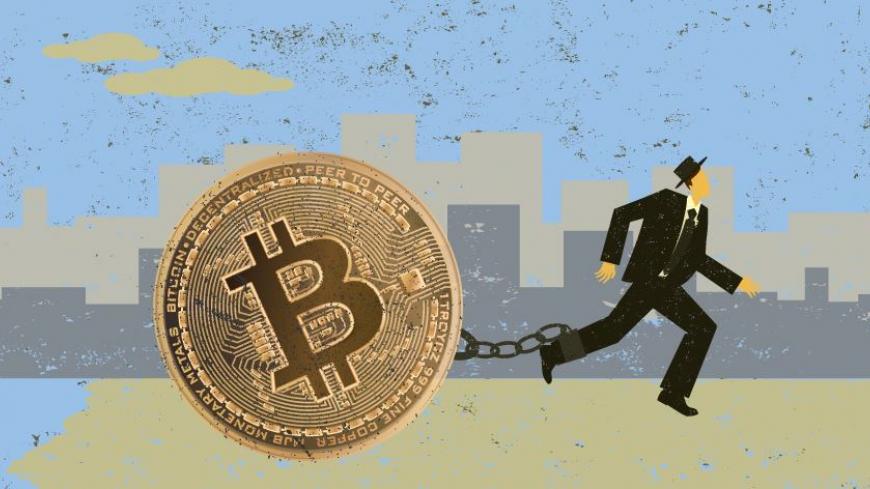 CAIRO — Responding to rumors that the Central Bank of Egypt might allow trading in virtual currencies such as bitcoin, banking officials voiced blunt denials, insisting just the opposite.

Several media and social networking websites circulated reports June 16 and 17 alleging that the Central Bank of Egypt is considering such a move. But Gamal Negm, a central bank deputy governor, announced June 17 that the bank categorically refuses to accept virtual currencies and only recognizes official currencies. Lubna Hilal, another deputy governor at the bank, on June 24 denied any reports that the bank is even contemplating allowing bitcoin use.

Bitcoin was introduced in 2009. As virtual banks have been established for the highly volatile currency, demand has risen — along with concerns about its use by terrorists because of its anonymity. Bitcoin accounts can be accessed only by their owners, though accounts have been hacked. The currency is quickly and easily transferred when compared to international transactions completed via conventional banks and with conventional currencies.

The legality and regulation of bitcoin trading is changing throughout the world. Most countries do not have clear legislation for bitcoin circulation, as it is a modern phenomenon. On July 4, Saudi Arabia issued a warning noting the possible negative consequences of using an unregulated currency. On the other hand, Russia announced in May it will legalize bitcoin.

The question also arises as to the usefulness of the currency and its impact on the Egyptian economy. Were the central bank's motives purely economic?

Lawyer Mahmoud Helmi, an expert on economic disputes, told Al-Monitor, “The Egyptian legal position does not oppose the bitcoin currency in particular, but Law No. 38 of 1994 dealing with foreign exchange, and its executive regulations of the same year, both stipulated that dealing in foreign exchanges shall be limited to banks accredited by the competent authorities such as the central bank … [and] exchange companies, some insurance and tourism companies, and workers in the fields of navigation, given these companies’ need for quick foreign exchange dealings.”

In addition, Helmi said, Egypt's penal code "defines the crime of swindling in an ambiguous way" that could be applied to bitcoin use if someone leads on an investor with the promise of "illusory profit."

"The investigating authorities and the judiciary may consider that the sale of bitcoins in exchange for euros or US dollars is a [crime] … since it’s an unrecognized currency in Egypt and among several countries, and there is no specific party or declared trading operations in free markets that determine its price.”

Ashraf Ibrahim, a banker and an economist at Zagazig University, told Al-Monitor, “Concerns about allowing bitcoin have surfaced because the currency is not supported by any governments or countries that have clear monetary policies. Consequently, its price might jump to the highest level at one moment and collapse at another. Also, a person might choose to invest their entire fortune and buy bitcoins, only to be surprised that the companies and websites supporting the currency have closed or gone bankrupt. This would not happen with governments that back local and foreign bank balances with cash reserves, projects, investments and other types of collateral.”

Ibrahim continued, “The central bank rejected this currency because the state can control the local and foreign traditional currencies, and can impose certain fees on their movement and transfer to and from Egypt. Consequently, the central bank can tax the investment and trade activities generated by those funds, but cannot do the same with bitcoin. Also, the tracking of traditional currencies makes it easy to trace the financing of criminal and terrorist activities, and in the event that trading in bitcoin is approved, then the state will no longer be in control.”

Ahmad Adam, head of the National Bank of Egypt's research and studies department, told Al-Monitor, “I support the central bank's refusal to deal with bitcoin because the secrecy involved … may set the stage for further terrorism financing and money laundering. It could also lead Egyptians to lose their fortunes while harming the foreign exchange liquidity in Egypt. This would be especially true in the event that many foreign exchange holders buy this currency against their dollar and euro, which would be transferred abroad, thus leading to the decline of foreign capital in Egypt and a consequent increase in the price of these foreign currencies against the Egyptian pound.”