Against the backdrop of a global bitcoin frenzy, the Turkish government has taken a stance against cryptocurrencies. 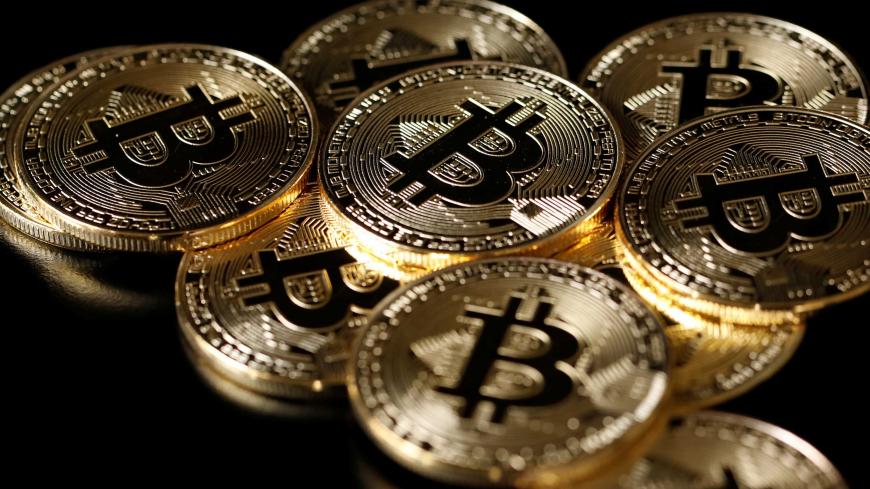 Riding a wave of abnormal appreciation, bitcoin has become the world’s most popular virtual currency. And while its acceptance around the globe is increasing, Turkey is unwelcoming. The Turkish government sees virtual currencies as a bubble bound to explode and advises citizens to stay away.

Virtual money transactions have come under close scrutiny by the Central Bank of Turkey, the Capital Markets Board (CMB) and the Finance Ministry. While the Central Bank is trying to figure how far the trend might reach, the CMB warned brokers in early December against conducting spot-trade and similar transactions based on virtual currencies.

Turkey’s unwelcoming attitude has to do with bitter experiences enshrined in the Turkish psyche. In the early 1980s, the country went through a massive financial disaster when hundreds of brokerage firms went bankrupt, having offered extremely high interest rates in the newfound climate of economic deregulation. In the 1990s, thousands of Turks, lured by the promise of quick profit, lost their savings in fraudulent pyramid schemes. More recently, a similar fate befell thousands of greenhorns who hoped to make quick money from leveraged transactions on the foreign exchange (forex) market. Today, social media stories promoting investment in virtual currencies echo the ads at the height of the forex fever. In short, the propensity to keep guard against financial disasters outweighs the courage to invest in the future of virtual currencies.

In contrast, Japan, for instance, has legalized the use of cryptocurrencies, and a Japanese internet company is planning to start paying employees in bitcoin.

The Turkish Central Bank’s endorsement of bitcoin appears unlikely at present, as government ministers remain skeptic that cryptocurrencies will rise to a prominent role in the future of global trade.

Curiously, the first “official” attack on bitcoin in Turkey came from the Religious Affairs Directorate. In late November, the agency’s supreme board, which issues fatwas applying to almost all realms of life, proclaimed digital currencies as illicit. According to the fatwa, “The use of digital cryptocurrencies is not permissible as they lead to unjust enrichment … through practices that are essentially fraught with serious uncertainties, carry a high risk of deception and fraud, and are thus devoid of any guaranties and are known as ‘pyramid schemes’ among the public.”

Government ministers followed suit with a similar tone of disapproval and warning. Deputy Prime Minister Mehmet Simsek, who oversees the economy, tweeted Dec. 13, “Bitcoin has surpassed tulip mania, the biggest bubble in finance history. One should stay away from this speculation. Bitcoin could well collapse one day as suddenly as its price has excessively risen.”

Over the course of two days, more than 300 Twitter users replied to Simsek’s message, including a handle devoted to bitcoin news, which wrote, “Dear Mehmet Simsek, in future years you will be remembered as the first to make a statement [on bitcoin] on behalf of the government. Just like the head of the US Patent Office [in the late 19th century], Charles H. Duell, who said that ‘everything that can be invented has been invented.’”

Other reactions to Simsek reveal the various perspectives through which Turks view the bitcoin craze. One user, for instance, said, “Please, try to live for a year in a rented home as a father of three with the [minimum] monthly salary of 1,404 lira [$366]. Then, imagine you encounter bitcoin and tell us what you would have done.”

Another user challenged Ankara’s economic competence, saying, “You are seeking legislation to collect [more] taxes and then you call this a tulip bubble. This country cannot get rid of its dollar addiction as long as politicians like you are in charge. If half of the money that people in Turkey have invested in dollars goes to bitcoin, the dollar would drop to 3.5 [Turkish lira] and interest rates would decrease.”

Another critic believes the deputy premier lacks a sense of innovation, grumbling, “Instead of contemplating how to benefit from a brand new technology that will affect the coming era, how to secure extra revenues for the country and what new incentives to offer to make a positive contribution to the economy, you are posting nonsensical tweets and scaring the people.”

Yet Simsek received support from Economy Minister Nihat Zeybekci, who argued that bitcoin-type crazes were prone to swindlers. “This is a global pyramid scheme without any ground,” he said.

In December, 42,600 people engaged in bitcoin trading in Turkey, up from 9,110 people in May. Businesses in various fields, from real estate and health care to cafes and restaurants, have begun to accept bitcoin as payment. The Finance Ministry will begin taxing such transactions after deciding whether bitcoin is a commodity or a currency. But some in the private sector are already ahead of the government.

In an interview with Al-Monitor, Erdal Daltaban, the executive of a construction firm that became the first to accept bitcoin in home sales earlier this year, explained how his company resolved the tax issue. “We see [bitcoin] as money and not as a commodity,” he said. “We treat it the same way as we treat payments in euros or dollars, that is, when the bitcoin transfer reaches our account, we convert it to Turkish lira according to the exchange rate that day. … We make out the invoice in Turkish lira [and] pay the taxes as in any sale in Turkish lira.”

Turkey and other states may refuse to open the way for bitcoin, but the cyberworld is difficult to rein in. Bitcoin and other cryptocurrencies continue their rise. The trend may result in a scam on a global scale or in a revolution that transforms existing financial and commercial systems — it is hard to predict.

Yet one can say with certainty that virtual currencies are not supported by any concrete, tangible production. About 16 million bitcoins are currently in circulation globally, with only some 5 million left to be mined to reach the threshold of 21 million. This is the main reason behind the bitcoin’s fast appreciation — a low supply and an increasing demand. On Dec. 17, CME, the world's largest futures exchange, launched its own bitcoin futures contract, a week after the first bitcoin futures launched on an established exchange, the Cboe Futures.

The mounting demand has led to a 1,700% appreciation over a year, which is both unprecedented and crazy. “Invisible” buyers across the world are stoking the demand and thus the appreciation trend. For now, those who dream of striking it rich are forging ahead joyfully in a tunnel glittering with the golden yellow of the bitcoin. Yet the likelihood of a dark precipice at the end of the tunnel should not be ruled out.