Bitcoin usage is on the rise in Turkey, where businesses in various sectors, from informatics and engineering companies to pharmacies and taxi stands, have come to accept the virtual currency. 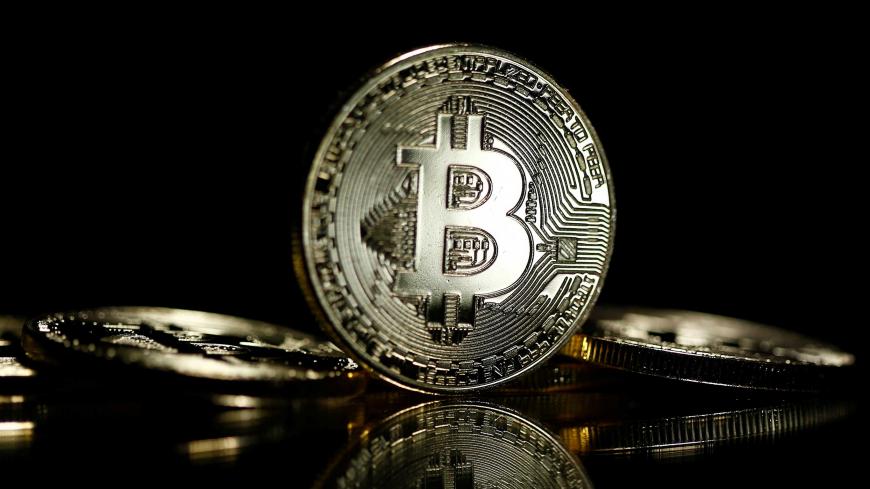 Bitcoins are seen in an illustration created Sept. 27, 2017. - REUTERS/Dado Ruvic/Illustration

Bitcoin — the global “ownerless” money — is becoming a common currency used in many commercial transactions, growing beyond just being an investment instrument that often makes headlines for its rapid appreciation. Although it has no legal basis in any country, the use of bitcoins has been increasing globally, including in Turkey, where an extensive online infrastructure is already in place.

Its daily value can be tracked on platforms such as btcturk.com, coin-turk.com, paribu.com and koinim.com. Some of those sites function as 24-hour money markets.

Advertising for the virtual currency is strong. It is remarkable how an “ownerless” currency has been embraced so widely via the internet, both in Turkey and globally, and that widespread social media networks have been dedicated to it. All conceivable questions are being answered on news sites and consultancy platforms. There are even “bitcoin men” who have organized across Turkey and provide consulting both in face-to-face meetings and online.

Turkish businesses that have begun accepting bitcoins include companies in the fields of informatics, engineering, advertising, law, health care and publishing as well as smaller enterprises such as hardware stores, opticians and stationers. Turkish news sites publish lists of places that accept bitcoins in Turkey and around the world. The list includes cafes, restaurants, catering companies, pharmacies, taxi stands, tattoo parlors and convenience stores.

The trend has affected also the Turkish tradition of pinning money on the attire of brides and grooms. At a wedding in Istanbul’s district of Avcilar, the groom received $30 as a present sent in bitcoins.

The capacity of commercial activities conducted with virtual money has increased this year. There have been reports of home sales in Texas and Dubai. Bitcoins were used in the sale of a newly built home in Austin, while a British-based luxury housing venture in Dubai announced it would sell 653 out of 1,133 apartments for bitcoins.

In Turkey, the first real estate project to announce it would accept bitcoins as payment is Mia Vita, located in Ankara’s suburb of Beytepe. The builders have already begun to meet with potential buyers after their announcement was widely covered in the press. According to project manager Erdal Daltaban, at least two sales are in the pipeline.

Speaking to Al-Monitor, Daltaban said they had put no limits on bitcoin payments and would accept all offers. He went on, “We are bitcoin investors as well. This is a currency that is being traded daily, and its value is being announced on platforms such as btcturk. We think it will become widely used in the future. We wanted to be pioneers in this realm. In the future, global trade will shift largely to virtual money because it is an independent currency without any central bank control. Just like the internet, it does not have an owner. And just like with the internet, the advance of bitcoin and similar virtual monies will be very fast. Bitcoin cannot be banned. This would be no different from North Korea banning the internet. This year China banned it and it depreciated a bit, but then it began to rise again. To ban it goes against the grain. The right thing to do will be to integrate bitcoin into the legal framework like the other monies.”

Erdogan Toprak, a senior member of the main opposition Republican People’s Party and a former businessman, is doubtful. “This currency is not backed by any country. It needs central bank support, but it does not have any,” he told Al-Monitor.

Toprak went on, “It is not integrated with the other currencies in circulation, which is a shortcoming. Strong currencies such as the dollar and the euro are unlikely to allow that. Also, central banks need to provide a buying guarantee, as they do for other currencies. If the business world starts using this money in international trade, its circulation and integration with other currencies will increase. If its usage increases, it could stand a chance. Not only the property seller, but also the iron producer and the cement manufacturer should be using it.”

The bitcoin craze made the cover of the Turkish weekly economic magazine Para. Since the beginning of the year, bitcoin has appreciated 400% in terms of dollars, reaching up to $5,220, which has further increased its popularity. In many countries, it is already in use in stores and restaurants, and the places where it is accepted can be tracked via Bitcoin Travel and Bitcoin Navigator. To shop with bitcoin, one needs a virtual wallet, which can be created on computers and smartphones.

According to the latest data, the global value of bitcoins in circulation amounts to $86 billion, which places bitcoin well ahead of other virtual currencies. It is followed by ethereum and ripple, which have market values of $29 billion and $10 billion, respectively. In Turkey, where only bitcoin had been traded so far, ethereum was reported to have also hit the market in October.

Bitcoin keeps appreciating, but the current figures do not guarantee a continuous rise. One should keep in mind that bitcoin fluctuates sharply and could always retreat. Especially for those who are not well versed in virtual currencies and financial markets, bitcoin is a high-risk investment instrument. It is nothing like investing in dollars or euros, but more like playing the stock market. The guarantor countries of reserve currencies such as the dollar, the euro, the British pound, the yen and the Swiss franc, which dominate the global economy, have so far refrained from acting against virtual currencies. Perhaps they want to see how far those currencies will go in international trade before they decide whether to ban or support them.