Saudi Arabia’s blockade of Qatar appears to open space for Iranian efforts to engage in regional diplomacy and cooperation. 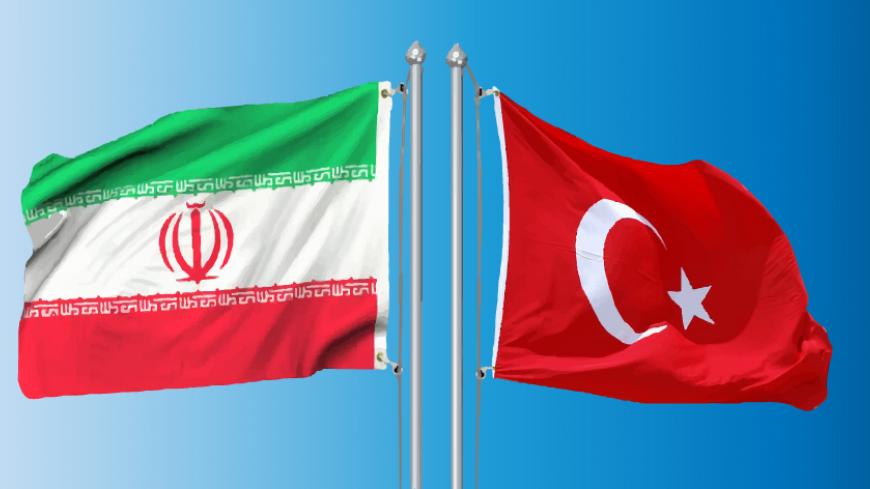 Between Doha and Tehran, there’s always a thin vein that keeps relations alive despite regional tensions, bilateral differences or even bloodshed. The two Persian Gulf states were never allies, even when their ties were better in the first decade of the 21st century. But they never became enemies, even though they have been fighting one another indirectly in Syria since 2012. Even the Tehran office of Al Jazeera, Qatar’s main news network, was never closed despite its rhetoric that was regarded by the Iranian ruling elite as hostile toward the country’s regional agenda during the past six years.

This strange relationship has always intimidated Saudi Arabia — Qatar’s largest Arab neighbor and Iran’s main rival in the region — since it sees in such ties a serious threat to its national security and a vulnerability that Iran could exploit to divide the unity of the Gulf Cooperation Council. This was reflected clearly in the list of demands that was sent to Qatar recently by Saudi Arabia and other Arab countries via Kuwait to end the row that started June 5 when these countries decided to sever diplomatic ties and impose a blockade on Qatar. The first demand on the list was “ending diplomatic ties with Iran,” besides requesting that Doha expel members of Iran’s Islamic Revolutionary Guards Corps (IRGC) allegedly present in Qatar, halt joint military cooperation and limit trade and commerce with Tehran, among other demands.

The Qatari response to the demands came 48 hours after the list was handed to Doha. The country’s young emir told Iran’s President Hassan Rouhani in a phone call June 25 that "Qatar has open arms for interaction and cooperation,” adding that “relations between Iran and Qatar have always been developing and powerful." The Iranian president vowed that "Tehran will stand by Qatar's government" and that Iran's airspace, land and sea will always be open to Qatar as a friendly nation, stressing that the cooperation between the two countries will remain "continuous."

Iran has taken several steps to ensure the blockade has a minimal effect on Qatar. Its airspace has eased access for Qatari flights banned by the neighboring Gulf states, while it is exporting more than 1,000 tons of fruits and vegetables to Doha every day following the closure of the Qatari border with Saudi Arabia, which was the main route for the majority of Qatar's food needs.

From the Iranian point of view, most of the Arab states’ demands from Qatar linked to Iran are baseless, as there are no IRGC members in Qatar. Neither do Tehran and Doha enjoy extraordinary trade and commerce relations, and — with respect to diplomatic ties — they are still limited to the minimum since Doha recalled its ambassador on Jan. 6, 2016, amid the storming of the Saudi Embassy in Tehran by angry protestors after Riyadh executed prominent Saudi Shiite cleric Nimr el-Nimr. “The crisis between the Persian Gulf Arab states doesn’t have anything to do with Iran," an official Iranian source told Al-Monitor on condition of anonymity. “They summoned Iran to this row just to give their efforts to pressure the Qataris a sectarian legitimacy, given the Sunni-Shiite rift in the region,” he said, arguing that this sectarian aspect would make the claims more marketable among those with anti-Shiite sentiments. He added, "They want to mount the pressure on the emir from inside and outside Qatar so that those with radical points of view within the [Qatari] ruling family, the army and the people take a distance from the official stance on the crisis, but this didn’t work.” Still, Tehran views the whole row as a regional threat that might cause chaos and have dire consequences on regional stability and peace, and that’s why Iran “decided to engage in quiet diplomacy on Qatar to deprive [Saudi Arabia] of another excuse to [put the heat on] the Qataris,” according to a senior Iranian official who spoke to Al-Monitor on condition of anonymity.

The efforts involved a round of phone calls by Iran’s Foreign Minister Mohammad Javad Zarif — who spoke to his counterparts in the region and around the world — and a significant visit to Ankara on the day of the June 7 Tehran terrorist attacks, which reflected how high management of the crisis was on the Iranian agenda. Zarif’s deputy, Hossein Jaberi Ansari, visited Doha on June 18 to convey to the emir a verbal message from Rouhani via the Qatari foreign minister. Jaberi Ansari later commented on his visit in an interview with the semi-official Iranian Students’ News Agency saying that the visit shouldn’t be taken to mean that Iran is acting opportunistically. He said, “We are not opportunists. We have a vision, a long-term vision, and during that period [around June 18] there were several trips to and from Iran by [representatives of] several regional states. There’s no need to give further information on this. We aren’t looking for a media spark, because when things are getting sensitive in the region there’s a need to move away from the cameras.”

To Iran, the new Gulf crisis comes at a sensitive moment. The whole region is on fire weeks after US President Donald Trump’s show of power in Saudi Arabia against Tehran. The transition of power in Saudi Arabia has seen Mohammed bin Salman become the crown prince. The threat of a regional war, to the Iranians, isn’t an illusion anymore — in large part because of the prince's threats to “take the battle” inside Iran’s borders. All of this gives Tehran serious and difficult decisions to make to try to deal with threats in accordance with their priority, even as Iranians see these threats as being entangled from Syria to Iraq to Lebanon and into the Persian Gulf.

In this regard, decision-makers in Tehran understand well that Qatar and Turkey are one axis and are unlikely to fully accept Tehran’s regional views. Yet despite these differences, Ankara and Doha don’t regard Tehran as an enemy. This is enough to reach common ground on some differences thanks to Riyadh’s harsh regional approach, which is seen by all three as endangering fragile regional stability. Another issue that raises concern in Tehran is the Saudi insistence on imposing Riyadh’s agenda on its neighbors and unifying them under its anti-Iran banner, which if fulfilled might mean that the next Trump-backed Saudi step could be directly against Iran.