Turkey may find common ground with Damascus and Tehran in its concerns about Syrian Kurds; UNHCR notes trend of "spontaneous returns" in Syria; Turkey seizes property of ancient Christian community. 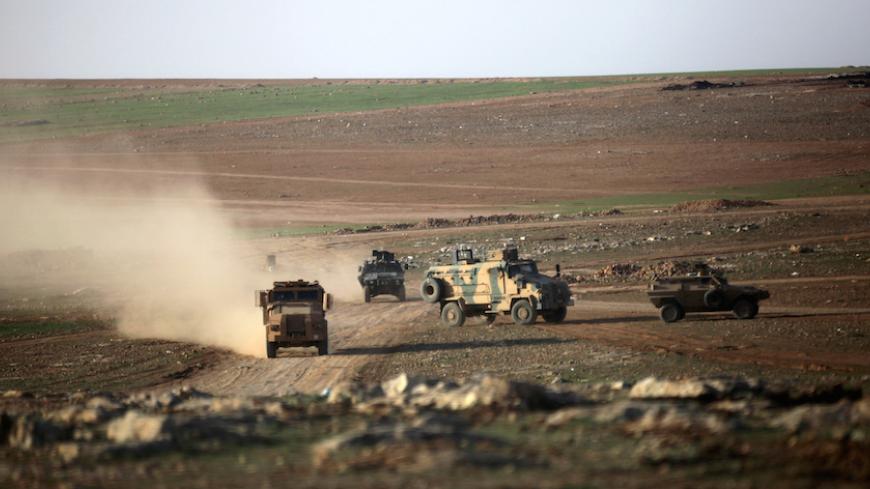 Turkey-Iran ties may be getting stronger

US Secretary of State Rex Tillerson, briefing reporters on the July 7 meeting between US President Donald Trump and Russian President Vladimir Putin, acknowledged a broader meeting of the minds when he said, “Russia has the same, I think, interest that we do in having Syria become a stable place, a unified place, but ultimately a place where we can facilitate a political discussion about their future, including the future leadership of Syria.”

The beginnings of a US-Russian understanding on Syria may be a welcome step toward a political settlement. It could also be a catalyst for a new alignment that brings Turkey closer to Syria and Iran, while testing the limits and extent of Moscow’s influence among the regional players.

The Trump-Putin summit probably raised more questions than answers in Damascus, Tehran and Ankara. Syrian President Bashar al-Assad can’t like discussions about the “future leadership of Syria,” which at least in the US score means an exit for him. Iranian leaders may also worry that Moscow might entertain offers from Washington about how to pressure Iran, perhaps in return for sanctions relief, although there is no sign so far that this was discussed.

But while Tehran and Damascus may find themselves hunkering down, it is Ankara that may be positioning itself as a spoiler. Metin Gurcan writes, “When it couldn’t persuade the United States to stop cooperating with the YPG east of the Euphrates, [Ankara] turned its attention to west of the Euphrates. … especially in the area of Syria's Afrin canton controlled by the Kurdish People’s Protection Units (YPG), and at Idlib, controlled by a motley collection of outfits mostly backed by Turkey.”

Turkish President Recep Tayyip Erdogan has lost faith in the United States as a reliable partner in addressing Turkey's primary interest in Syria, which is to thwart the advances of the YPG. While Gurcan rightly notes that “Ankara no doubt finds that Moscow is easier to work with than the United States in northern Syria,” Erdogan may nonetheless question whether Russia has the will or capacity to settle the score with the YPG on Turkey’s terms, especially if there is a warming of US-Russian ties.

Turkey is already rethinking its Syria policy. It is a full partner, with Russia and Iran, in the Astana process. There is also shared interest among Syria, Turkey and Iran in preventing Kurdish autonomy. Iran, Turkey and Iraq have opposed the Kurdistan Region of Iraq’s bid for a referendum on independence. The Kurdish backgrounds of the Islamic State operatives who committed the terrorist attacks in Iran on June 7 have amplified concerns about Kurdish separatism, as Fazel Hawramy reports.

The dispute with Qatar led by Saudi Arabia and the United Arab Emirates is also pushing Turkey and Iran closer. Semih Idiz wrote last month that Erdogan’s support for Qatar is “likely to force Erdogan to ease tensions with Tehran, which also backs Qatar, to avoid facing a new bout of isolation in the region. Tellingly, Iranian Foreign Minister Mohammad Javad Zarif was in Ankara literally within hours of the Qatar crisis' breaking out.”

Ali Hashem reports, “Decision-makers in Tehran understand well that Qatar and Turkey are one axis and are unlikely to fully accept Tehran’s regional views. Yet despite these differences, Ankara and Doha don’t regard Tehran as an enemy. This is enough to reach common ground on some differences thanks to Riyadh’s harsh regional approach, which is seen by all three as endangering fragile regional stability. Another issue that raises concern in Tehran is the Saudi insistence on imposing Riyadh’s agenda on its neighbors and unifying them under its anti-Iran banner, which if fulfilled might mean that the next Trump-backed Saudi step could be directly against Iran.”

Such a realignment would test Putin, who welcomes and needs a US partnership to stabilize Syria, but whose leverage with Damascus, Tehran and Ankara could be weakened, rather than strengthened, by closer ties with the United States. Putin’s endgame is relief from US-led sanctions, and whether Trump can hold off the even more intensive bill pending before the House of Representatives. If no sanctions relief is forthcoming, Putin will have little interest in carrying Trump’s water at the expense of his regional ties. Russia might therefore undertake an outwardly passive and inwardly supportive role that allows the regional parties to take the initiative against the Syrian Kurds or others. Moscow might see that as the winning hand.

For the United States, the Russian card should be played carefully, with full appreciation that Tehran, Ankara and Damascus will all have their say.

The United Nations refugee agency, UNHCR, “is seeing a notable trend of spontaneous returns to and within Syria in 2017. … The main factors influencing decisions for refugees to return self-assisted mostly to Aleppo, Hama, Homs, Damascus and to other governorates are primarily linked to seeking out family members, checking on property, and, in some cases, a real or perceived improvement in security conditions in parts of the country.”

UNHCR estimates that 440,000 internally displaced people and 31,000 refugees in neighboring countries have so far returned to their homes in 2017, in addition to the return of 260,000 refugees, mostly from Turkey, since 2015.

The trend is fragile and complicated by uncertainty and dangerous security conditions in Syria. UNHCR spokesman Andrej Mahecic said, “While there is overall increased hope linked to the recent Astana and Geneva peace talks, [we] believe conditions for refugees to return in safety and dignity are not yet in place in Syria. … At this stage, and while UNHCR will be investing to help, with other partners, to improve conditions in accessible areas inside Syria, refugee returns from host countries can neither be promoted nor facilitated by UNHCR at this stage.”

There are 6.3 million internally displaced Syrians and approximately 5 million refugees as a result of the war.

“Among the properties are at least two functioning monasteries erected 1,500 years ago, said Kuryakos Ergun, the chairman of the Mor Gabriel Monastery Foundation. The loss of these monuments threatens the survival of one of Turkey’s oldest indigenous cultures,” she writes.

Yackley explains, “Syriacs, sometimes called Assyrians, are heirs to a civilization in historical Mesopotamia that dates back as far as 3500 B.C., and many today still speak a dialect of Aramaic, the language of Christ. Most are Orthodox, but Syriacs belong to different Christian denominations. Their homeland of Tur Abdin, which translates as the Mountain of the Servants of God, is situated on a high plateau between the Tigris and Euphrates rivers and is studded with more than 80 monasteries, most in ruins as a number of Syriacs have fled to Europe to escape poverty and persecution over the past half-century. For years, the titles of the properties now in question had been listed in the national land registry as belonging to villages where Syriacs lived. When those villages were incorporated as neighborhoods in the newly established greater municipality of the city of Mardin in 2012, their legal status was dissolved — along with their ability to own property, said Erol Dora, who is a Syriac and one of a handful of Christian lawmakers in the Turkish parliament.”

She adds, “Community leaders have said that early in the Syrian conflict, President Recep Tayyip Erdogan, then prime minister, invited the Syriac Orthodox Patriarchate to return to Turkey, its seat from A.D. 37 until Turkey expelled it to Syria in 1925. The move did not materialize.”