Rather than forcing Doha to bow to its demands, the Saudi-led blockade of Qatar has split the region in two, bringing together the kingdom’s rivals. 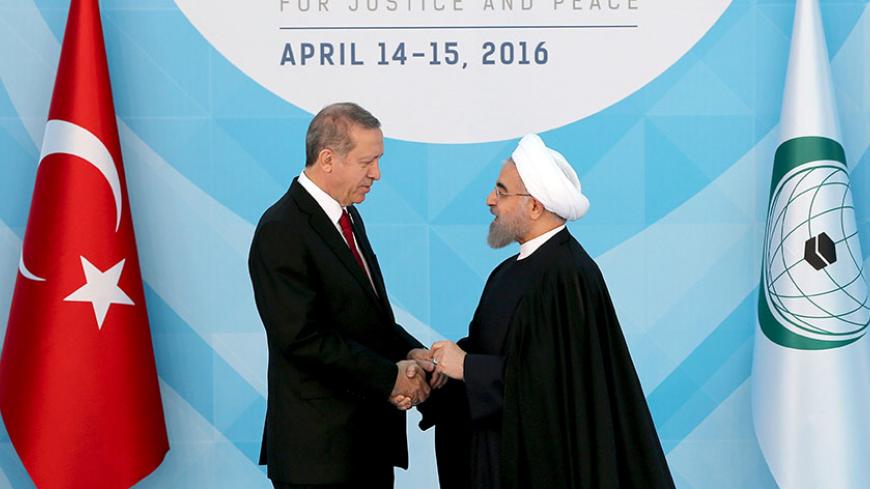 The power constellations in the Middle East are growing ever more complex. On June 5, Saudi Arabia along with the United Arab Emirates, Bahrain and Egypt broke off ties with Qatar, accusing it of a slew of trespasses, including support for terrorism. At first, Riyadh assumed that it could quickly forge a unified regional front against Doha and was counting on Washington’s support in this endeavor, particularly in light of US President Donald Trump’s recent visit to the kingdom. However, not only has Riyadh failed to achieve this goal, it may have brought its rivals closer together.

The move to blockade Qatar is in line with the Saudi tendency for drastic foreign policy decisions in recent years, including its war on Yemen. Now the remarks made by the conflicting parties as well as regional and international players reveal that a new framing of regional powers is to be expected.

In a tweet on June 6, Trump voiced his support for Riyadh’s maneuver and implicitly accused Qatar of being a sponsor of terrorism. It should be noted that Qatar hosts the largest US military base in the Middle East, which is perhaps why on June 7 Trump called Qatar’s emir and offered US help to resolve the deepening feud between the tiny emirate and its Persian Gulf neighbors. Meanwhile, on June 9, US Secretary of State Rex Tillerson called on the Saudi-led coalition to ease its blockade of Qatar, saying the cutoff was hindering the fight against the Islamic State and provoking food shortages. A few days later, on June 14, the United States signed a $12 billion deal to sell Qatar dozens of F-15 jets, highlighting Washington’s confused policy toward the crisis — a policy that could not be summed up in one tweet by Trump.

However, a look at the opposing stances adopted by regional players proves the situation to be even more complicated. Turkey’s decision to stand by Qatar has divided the region in two. On the one side are Saudi Arabia and its Arab allies who are against Doha, and on the other side are Turkey, Iran and, to a lesser extent, Russia, who supports Doha.

Turkey, and especially President Recep Tayyip Erdogan, has continually enjoyed close ties with Qatar’s leaders. Their joint support for the Muslim Brotherhood is strong commonality between the two nations. After the fall of Egyptian President Hosni Mubarak, Erdogan expressed full backing for the Brotherhood and Egypt’s president at the time, Mohammed Morsi. This is while Qatar has also had close ties with the Brotherhood and enjoys warm relations with the Palestinian Hamas movement. These two groups have always been at the center of Saudi hostility, which is why it was not surprising that on June 7 Turkey's parliament ratified military agreements that allowed its troops to be deployed to a Turkish military base in Qatar.

Prior to the recent developments, Turkey enjoyed close relations with Saudi Arabia. In fact, Iran was concerned that their close ties could lead to Turkey joining Riyadh’s anti-Iran front. However, Saudi Arabia’s attempts to isolate Qatar, without considering Doha’s close relations with Ankara, have reignited differences between the two over their interpretation of the developments in countries such as Egypt and Tunisia during the Arab Spring and Abdel Fattah al-Sisi’s 2013 coup.

Just as in the past, Turkey seems to have entered the Qatar crisis with little caution. Iran, meanwhile, was more cautious, with Foreign Minister Mohammad Javad Zarif posting a tweet on June 5 that read, “Neighbors are permanent; geography can't be changed. Coercion is never the solution. Dialog is imperative, especially during blessed Ramadan.” President Hassan Rouhani also sent a message to the Qatari emir, which was conveyed by Iranian Deputy Foreign Minister for Arab and African Affairs Hossein Jaberi Ansari during his visit to Doha on June 17. No details have been released about the content of this message.

However, an informed source at Iran’s Foreign Ministry who spoke on the condition of anonymity told Al-Monitor, “This message was not something new. We have enjoyed good relations with Qatar from before. This meeting and the message were also in line with our policy. In the message, Rouhani had assured the Qatari emir that he could count on Iran for food stuff and using Iran’s airspace for Qatari planes. Rouhani had further stressed that controlling tensions and resolving issues through dialogue would be the best [path forward].”

Qatar itself did not sit idly in the face of the increasing pressures by Saudi Arabia and its allies. Qatar’s Foreign Minister Sheikh Mohammed bin Abdulrahman Al Thani made several trips to regional capitals in an effort to gain their support. Regional countries also sent envoys to Qatar and Saudi Arabia in an effort to mediate and solve the dispute.

After meeting with Turkish officials in Ankara, Qatar’s foreign minister traveled to Moscow where he met with his Russian counterpart, Sergey Lavrov, on June 10. That meeting ended with Lavrov pointing out that dialogue was the best way to tackle the political rift in the Arab world over Qatar.

On June 15, Erdogan offered to set up a military base in Saudi Arabia, an idea that was rejected by Riyadh on June 17. This is while Tehran and Ankara shipped several tons of food to Qatar every day in an effort to reduce the impact of the sanctions imposed by Saudi Arabia and the UAE. Russia meanwhile took a very cautious stance regarding the conflict. It should be noted, however, that Russia’s similar viewpoints with Iran regarding the conflict in Syria are a sticking point with Saudi Arabia.

Riyadh’s list of 13 demands as a precondition for the resumption of diplomatic ties with Qatar — which include the closure of Qatari-owned Al Jazeera news network, reducing diplomatic ties with Iran and halting the development of a Turkish military base in the country — have once again brought Iran and Turkey closer together on one front. Meanwhile, on June 25, Erdogan described Saudi Arabia’s list of demands as a violation of international law.

In this vein, former senior Iranian diplomat Nosratollah Tajik told Al-Monitor, “It could be predicted from the start that Saudi Arabia could not forge unity against Qatar. Kuwait and Oman were the most important Arab players that did not accompany Saudi Arabia [in isolating Qatar]. Saudi Arabia wanted Iran to get involved in this situation, but we were wise and cautious. Not to mention that Saudi Arabia’s actions have also upset Turkey, and we can expect an overlap of interests between Tehran and Ankara.”

Saudi Arabia now finds itself in a difficult position. Riyadh, which had expected to create a united front against Qatar with the collective help of other Arab regional states, has instead created a bipolar Middle East. Saudi Arabia thought it could make Qatar obedient by using pressure, but instead it pushed Qatar and Turkey closer to Iran and strengthened Iran’s regional axis. Russia, meanwhile, has tried to not get too involved in the conflicts in the Middle East, although its viewpoints are close to Iran’s in terms of fighting the Islamic State in Iraq and Syria — issues that are points of conflict between Tehran and Riyadh. In addition to all this, Saudi Arabia was counting on full US support. However, Trump has shown that the United States has no intention of entering the situation unilaterally and the priority for the White House is to sell arms and make money — which they successfully did to both of the conflicting sides in a short span of time. It should be noted that this Trump policy has the potential for stoking even more unrest in the region.

It would be foolish to assume that Saudi Arabia’s measure will lead to the formation of a new alliance between Qatar, Turkey, Iran and Russia, but it will have several benefits for Tehran. First, Iran can be assured that Saudi Arabia will not be able to form a united coalition of Arab and regional countries against it, and second, it can draw the failed and middle players toward itself. It can also draw international attention to the fact that it is Riyadh, and not Tehran, who has a problem with other regional players.