Iran has so far cautiously stood with Qatar amid the Saudi-led confrontation with Doha, but there are indications of this caution's giving way to more assertive Iranian support. 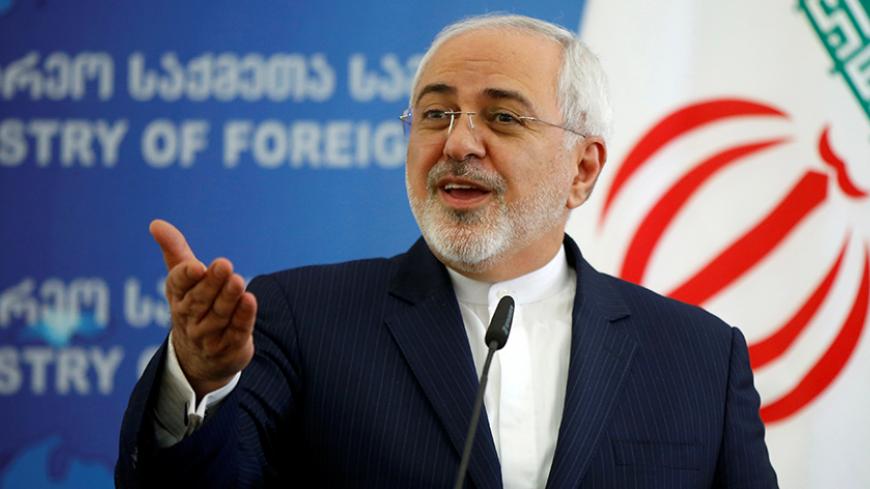 On June 5, Saudi Arabia along with the United Arab Emirates (UAE), Bahrain and Egypt severed diplomatic and trade relations with Qatar, effectively imposing a siege on Doha. Besides the many discussions surrounding its causes, the apparently Saudi-led move against Qatar has sparked debate in Tehran on Iran’s policy toward the rift — and the consequences it might bring about. Officially, Foreign Minister Mohammad Javad Zarif was quick to respond, tweeting on June 5, “Neighbors are permanent; geography can’t be changed. Coercion is never the solution. Dialogue is imperative, especially during blessed Ramadan.” Meanwhile, Hamid Aboutalebi, the president’s deputy chief of staff for political affairs, tweeted that severing relations is not the right way out of crises. Foreign Ministry spokesman Bahram Ghassemi said differences among Iran’s neighbors threaten the interests of all states of the region and urged them to overcome differences through dialogue.

As such, Tehran chose to criticize the Saudi-led approach toward Doha by stressing the need for dialogue instead of confrontation. But does Iran really want the rift mainly within the Gulf Cooperation Council (GCC) to be overcome?

For over a decade, Iran-Saudi relations have seen many ups and downs, leading to Riyadh's severing ties with Tehran in January 2016, following the storming of Saudi diplomatic facilities in Iran after the execution of a prominent Saudi dissident Shiite cleric. King Salman bin Abdul-Aziz Al Saud has prioritized isolating Iran, abandoning the preference of his predecessor, King Abdullah, to simultaneously contain both Iran and the Muslim Brotherhood. Thus, outright animosity has replaced rivalry in the relationship between Iran and Saudi Arabia.

While President Hassan Rouhani's administration has kept insisting on the need for dialogue to ease tension, Saudi Arabia has emphasized the need for Iran's revision of its regional policies. In prioritizing the containment of Iran, Riyadh has struggled to keep Qatar and Turkey, the main supporters of the Muslim Brotherhood, onboard. This shaky coalition, which included anti- and pro-Brotherhood nations in the region, clearly could not withstand mounting differences. While understandable in 2014, amid Abdullah’s anti-Brotherhood policy, the present cutting of ties with Qatar as part of Salman’s "counter-Iran-first" policy lacks a realist dimension.

With Riyadh casting Qatar away, Tehran should be thrilled about the loss of Saudi Arabia’s regional concentration on countering Iran. Thus, why is it calling for dialogue instead of supporting Qatar? Four possible motivations may be at play.

First, there are indications of an ongoing Qatari-Saudi escalation — Iran cannot live with an all-out confrontation in the Persian Gulf region. Indeed, continued escalation can harm Iran’s national security both in terms of spreading instability and the invitation of more foreign troops into the region. Iran needs neither of the aforementioned, especially under US President Donald Trump.

Second, Iran knows that it cannot replace Saudi Arabia’s role and influence in the region with that of Qatar. The endgame for Iran cannot be a Persian Gulf divided into pro- and anti-Iran nations. While a divided rather than unified GCC with an anti-Iran posture is certainly preferred, this cannot be the endgame, since it means a continued regional disequilibrium on the one hand and more open space for foreign forces and arms shipments into the region on the other. Therefore, a compromise is needed. By calling for dialogue, Tehran is trying to prove the vanity of Saudi attempts to forge an anti-Iran consensus.

Third, Iran doesn’t want to risk being portrayed as a power capitalizing on regional tension and instability. Saudi Arabia has been trying — successfully to some extent — to spread a tension-inclined image of Iran in the region. Taking sides in the Saudi-Qatari split would help consolidate that image.

Fourth, Iran is benefiting from the differences among GCC member states without having to interfere and take sides in their current dispute. Previous experiences tell Iranian decision-makers that taking sides could complicate things and turn out to be counterproductive. Thereupon come Iran’s calls for dialogue to ease tensions.

But is Iran’s official stance serving the Islamic Republic the way it is meant?

For all of its meanings, Iran’s pro-dialogue policy might appear as appeasing Saudi Arabia at a time when Riyadh prioritizes Iran as its main threat. This author has argued before that by avoiding any tension with Saudi Arabia, Iran may be inviting Saudi escalation against both Tehran and its allies while at the same time tying its own hands in terms of its responses. Maintaining its current cautious stance might not serve Iran’s interests in the long run, especially if the intra-GCC gap and confrontation expands.

Iran’s logical choice at this point is to tilt toward Qatar. Zarif has made this posture clear through his telephone diplomacy with many of his regional counterparts — including the Qatari foreign minister — and his recent visit to Turkey. The question now is if Iran’s decision to cautiously stand with Doha will serve Iran’s interests in the region. There are four reasons why Iran’s posture makes sense.

First, a rift among the pro- and anti-Brotherhood camps in the region is strategically in Iran’s favor. Saudi Arabia tried to avoid such a split by prioritizing Iran as the main threat. Yet having Qatar and Turkey versus the UAE and Egypt in the same boat turned out to be overly problematic for Riyadh. In that sense, the Saudi move against Qatar is thoroughly counterproductive for its anti-Iran campaign in the region, and Iran should not help Riyadh correct its mistakes.

Second, it should be considered that the rift was not only about the Brotherhood but also about Qatar’s policy toward Iran. Therefore, Tehran cannot and should not stand idly by while Doha is being punished for its different approach toward Iran. Indeed, it would be counterproductive for Tehran to fail to stand on the side of those who oppose the Saudi approach toward Iran and try to rid themselves of it.

Third, Riyadh has exhausted its options against Iran in recent years. For lack of much-needed cards, Saudi Deputy Crown Prince Mohammed bin Salman in early May spoke about taking the fight into Iran, crossing previously agreed-upon red lines between the two nations. As such, Iran doesn’t have anything to lose in backing Qatar against Saudi Arabia. On the contrary, Tehran can gain a lot by supporting Qatar.

Fourth, standing with Qatar can help strengthen Tehran’s ties with Doha, Ankara and their Brotherhood allies, who — possibly moving toward a regional understanding of sorts with Iran and its allies — can play constructive roles in Syria, Yemen and elsewhere in the region. Additionally, it can hinder Saudi Arabia’s capacity to assemble coalitions aimed against Iran, Qatar and other nations in the future as well.

The choice Iran now faces is that of whether to stick to its current — and tried — policy of seeking de-escalation in the face of Saudi-led confrontation. Indeed, there are signs of this default posture being abandoned. If Iran is to learn from past experiences, there is no alternative to diplomatically confronting Saudi Arabia on the regional stage — especially since it is becoming increasingly clear that the Islamic Republic has nothing to lose through the latter.