Can US-Sunni alliance lure Baghdad away from Tehran?

With US support, Sunni Arab countries in the Gulf hope to bring Iraq into their fold and away from Iran's powerful grasp. 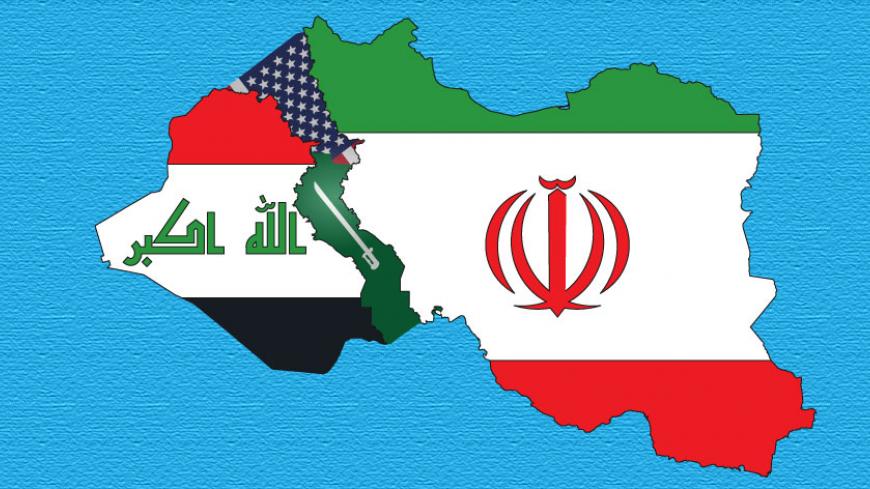 BAGHDAD — There are strong indications that Gulf states want to keep Iraq away from Iran's influence by including Iraq under the banner of a US-backed Sunni Arab alliance.

The United States sees Iraq as a vital location in need of a clear US policy, especially with the presence there of US military bases and about 8,500 US soldiers, as well as the US impact on the country's overall situation.

The most recent quest in this direction was the Arab Islamic American Summit held May 21 in Riyadh, attended by US President Donald Trump and Iraqi President Fuad Masum.

It also appears that Iraq’s participation in the Eager Lion maneuvers, an annual military exercise, launched May 7 in Jordan with the participation of more than 7,000 soldiers from over 20 countries, was part of the attempt to bring Iraq into the Sunni Arab axis.

The race to convince Iraq to abandon its well-known alliances with Iran and Iran's allies was already underway when Saudi Foreign Minister Adel al-Jubeir visited Baghdad on Feb. 25, declaring that “Saudi Arabia and Iraq face the [same] scourge of terrorism."

This rhetoric reflects Riyadh’s keenness on overcoming the obstacles to developing its relations with Baghdad. Those relations took a bad turn when the Saudi ambassador to Iraq, Thamer al-Sabhan, was expelled from Iraq in August after the Iraqis took offense at his statements about the “Iranian intervention in Iraq” and “Iranian-backed armed Shiite organizations fueling the tension with Sunnis.”

This meeting appeared to be a test of Abadi’s ability to act outside Iran’s framework of the Popular Mobilization Units (PMU). The PMU, a coalition of mostly Shiite militias in Iraq, reports to Abadi but is backed by Iran.

Zafer al-Ani, an Iraqi parliament member for the Sunni Alliance of Forces, told Al-Monitor that all these attempts “are a step on the road to bringing Iraq back to the Arab ranks, after it has been under the influence of Iran since 2003” — the year Saddam Hussein’s anti-Iran regime fell. Hussein was a secular dictator, but a Sunni, nonetheless, who oppressed the Shiite majority.

Ani said, “All neighboring countries of Iraq, especially Saudi Arabia, ought to help Iraq financially and militarily to get it out from under Iran’s influence, which prevails over many Shiite leaders and parties.”

Political analyst Wathiq al-Jabri questioned how successful the attempts can be. “Asserting that this summit will achieve the desired goals in relation to Iraq is a subject of controversy, if not doubt,” Jabri told Al-Monitor.

“The Iraqi forces’ link to Iran and the momentum of victory over IS [the Islamic State] will affect the developments of the region. This is while Washington is convinced of the Arab governments’ dependency [on the US] and their divided stances, which makes it even more difficult to include Iraq in the Sunni Arab Alliance,” Jabri said.

He noted that Iraq “could play a role as a mediator between Iran and its opponents, which is a more realistic possibility than counting on distancing Baghdad from Tehran. This is especially true since Iraq’s participation in the Riyadh summit was more symbolic, as Iraqi President Fuad Massum attended, and not Abadi.”

Jabri may be correct, as Iraq doesn't appear to be succumbing to attempts to undermine Iran's influence. In fact, on April 19, Tehran appointed Iraj Masjedi as the new Iranian ambassador to Baghdad. Masjedi, who was warmly welcomed by Iraq's Shiite political forces, is controversial because of his military background and close ties with Shiite PMU leaders.

Sabhan, the ousted ambassador to Iraq who is now Saudi minister of state for Gulf affairs, made scathing comments against Masjedi, accusing him of being an “internationally wanted war criminal.”

Abdel Hadi al-Saadawi, a parliament member with the National Alliance, also told Al-Monitor he does not believe the attempts to distance Baghdad from Tehran will be successful.

“I believe there is a special relationship between the two countries, with a major common denominator among most Iraqis and Iranians, which is the Shiite doctrine. Iran is also the main supporter of Iraq in the face of terrorism, unlike Saudi Arabia and the Gulf countries, [which are] accused of supporting armed factions in Iraq and view [Iraq] as being ruled by Shiites,” Saadawi added.

It seems that Iraq's Shiite forces and political parties, namely those close to Iran, are enthusiastic about the idea of mediating between Riyadh and Tehran, to stem the increased likelihood of clashes as a result of the May 2 comments of Saudi Crown Prince Mohammed bin Salman. He said, “We are going to Iran and will not allow it to bring the battle to us.” Such a move could turn Iraq into an arena of confrontation.

Muqtada al-Sadr, the leader of the Sadrist movement in Iraq, has been trying to prevent this. On May 15, he called upon Iran and Saudi Arabia to “exercise restraint and refrain from escalation.” He also called for a “serious and beneficial dialogue between the two to keep the region safe and secure and put an end to the sectarian war.”

Many observers say that, looking at Iraq’s political scene realistically, Iran isn't likely to lose its influence there. The Iraqi government includes major Shiite forces with very special relations with Tehran. The PMU is very popular in Iraq because it has contributed greatly toward defeating IS, and Tehran has supported its battles, both at the financial and military levels. Thus, the PMU won't accept any attempt to distance Baghdad from Tehran.

The United States and Iran have coexisted in Iraq since 2003, and this is likely to continue unhindered. On the basis of respect for sovereignty and noninterference in internal affairs, Saudi Arabia and Turkey — Sunni countries — are expected to give Iraq a chance to be an honest mediator to solve problems between them and Iran.