Is Saudi Arabia really willing to normalize ties with Iraq?

Despite some progress in Saudi-Iraqi ties, further improvement is hindered by Iranian influence in Iraq and Baghdad's inability to control Shiite militias. 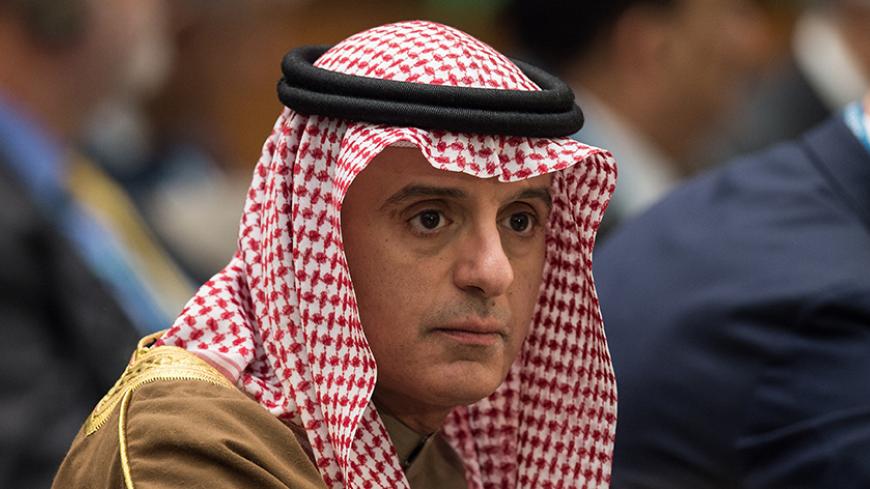 Saudi Foreign Minister Adel al-Jubeir attends the opening of a meeting of the coalition to defeat the Islamic State at the State Department in Washington, March 22, 2017. - NICHOLAS KAMM/AFP/Getty Images

Saudi and Iraqi diplomats agreed at a March 12 meeting in Riyadh to stop exchanging aggressive remarks and to establish a coordination council to discuss outstanding issues and promote bilateral relations. That same day, an Iraqi delegation led by Iraqi Deputy Foreign Minister Nizar al-Khairallah discussed cooperating on economics, security and tourism with Saudi diplomats. Riyadh, however, remains reluctant to move further toward normalizing relations due to concerns over Iran's influence in Iraq and the Iraqi government's inability to exert full control over Shiite militias.

Abdul Bari Zebari, the head of the Iraqi parliament's Foreign Affairs Committee, told Al-Monitor earlier this month that Iraqi officials at all levels, including the president, prime minister and parliament speaker, had expressed their willingness to build good relations with Saudi Arabia during multiple visits to Riyadh since 2003. He added that they had sensed the Saudis' hesitation to work on improving ties, but that they had their reasons.

According to Zebari, the new US administration is inclined to reconsider the previous administration's policies and wants to bring its allies closer to each other in the region. It is believed that Washington had played a major role in encouraging the Feb. 25 visit to Baghdad by Saudi Foreign Minister Adel al-Jubeir. Zebari noted that Iraqis, particularly in the southern provinces, are inclined toward improving relations with Arab countries, especially the Gulf states.

Saudi-Iraqi ties did improve following Jubeir's Baghdad visit, during which he met with Prime Minister Haider al-Abadi. At a joint press conference with his Iraqi counterpart, Ibrahim al-Jaafari, Jubeir said that Saudi Arabia aspires to establish privileged relations with Iraq and that the two nations have common interests, including in countering terrorism and in trade and investment opportunities.

Ahmed al-Masari, the head of the predominantly Sunni Iraqi National Forces Alliance, which is critical of Iranian influence in Iraq, told the daily Alriyadh March 21 that the nationalists, including liberals and leftists, had warmly welcomed Jubeir's visit. A number of Shiite figures, however, questioned the objectives behind the visit. Among them, Qais al-Khazali, secretary-general of the League of the Righteous, a Shiite militia, told NRT Feb. 27 that the visit had been part of US President Donald Trump's project and stemmed from fears that the Popular Mobilization Units (PMU) will assume a greater role in Iraq in the future.

The diplomatic tensions that Jubeir's visit attempted to assuage can be traced back to last summer, after a June 3 tweet by Saudi Ambassador to Baghdad Thamer al-Sabhan on Iran's role in Iraq. Sabhan wrote, “There are terrorist Iranian figures near Fallujah, which is clear evidence that [Iranians] want to burn Arab Iraqis with the flames of abominable sectarianism.” This angered Jaafari, who perceived the tweet as interference in Iraqi internal affairs.

In July, Sabhan leveled additional criticisms against Baghdad, accusing it of double standards in doing nothing to curb Iranian influence in its own country while interfering in Saudi affairs in its objections to the execution of the Saudi Shiite cleric Nimr al-Nimr in January. Eventually having had enough, the Iraqi Foreign Ministry announced Aug. 28 that it had demanded Sabhan's replacement. Hours after the announcement in a phone interview with Al-Arabiya, Sabhan, who had returned to Saudi Arabia days before the Foreign Ministry's statement, refused to back away from his tweet, saying, “Saudi policy is unchanged and is not dependent on certain individuals. Pressure is being exerted on Iraqis, who have to abide by certain agendas,” apparently in reference to Iran's influence in Iraq.

Jubeir's statements surrounding his visit used the toned-down language of diplomacy, acknowledging and honoring Iraq’s long history and asserting that Riyadh stands at equal distance from all Iraqis regardless of their ethnicity, sect or religion, rejecting the choosing of sides.

Iraqi aspirations for improved bilateral ties have not, however, moved much beyond agreement to mutually tone down the rhetoric and to form a joint coordination council. Jubeir's visit had been followed by a leak Feb. 28 claiming that the Saudis had promised to reopen the Jemima border crossing and pump Saudi investment flows into Iraq. On March 23, Iraq’s Foreign Ministry had leaked that Riyadh had promised to resume direct flights between the two countries and cancel the debt Iraq had incurred in waging the Iraq-Iran War. A week later, however, on March 30, the Saudi Press Agency tweeted a quote from the Saudi Foreign Ministry denying that the government intended to cancel Iraq's $30 billion debt.

Riyadh appears not to have high expectations about rapidly improving ties with Baghdad. A Saudi diplomatic source in Riyadh who spoke to Al-Monitor on condition of anonymity said that the appointment of a new Saudi ambassador to Baghdad is the best that can be expected in the short run. Other issues, such as opening the border, investments and cancellation of debt, cannot be seriously looked at before the Iraqi government gains control over the sectarian militias and their arms and shows that it has the ability to circumscribe Iran's influence in the country.

The Saudi and Iraqi governments are aware that normal bilateral ties would serve both their interests beyond any advantage to placating the United States’ desire for better relations between its allies. Yet there is not much trust between the two countries. Riyadh, which has no military or political influence in Iraq, is not ready to deal with Baghdad in light of Iraq's sectarian issues and the potential of armed groups smuggling arms to Shiites in Qatif or facilitating the movement of extremists from and into the kingdom to Iran's advantage. That said, Baghdad cannot provide Saudi Arabia the assurances it seeks at the expense of losing its Iranian ally. 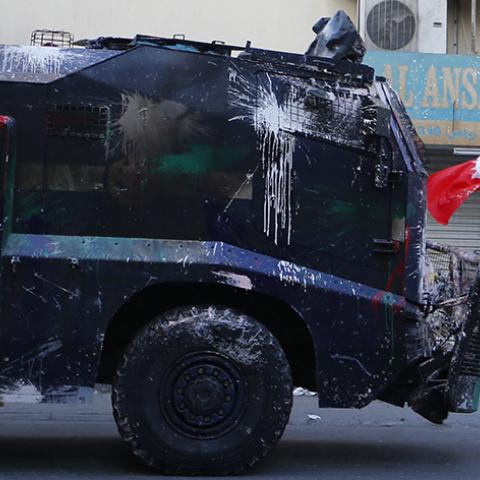