Utilizing Iraq as a mediator to address its dispute with Iran would allow Saudi Arabia to both improve relations with Tehran and build important relations with Iraqi Shiites. Why, then, is Riyadh not seizing this opportunity? 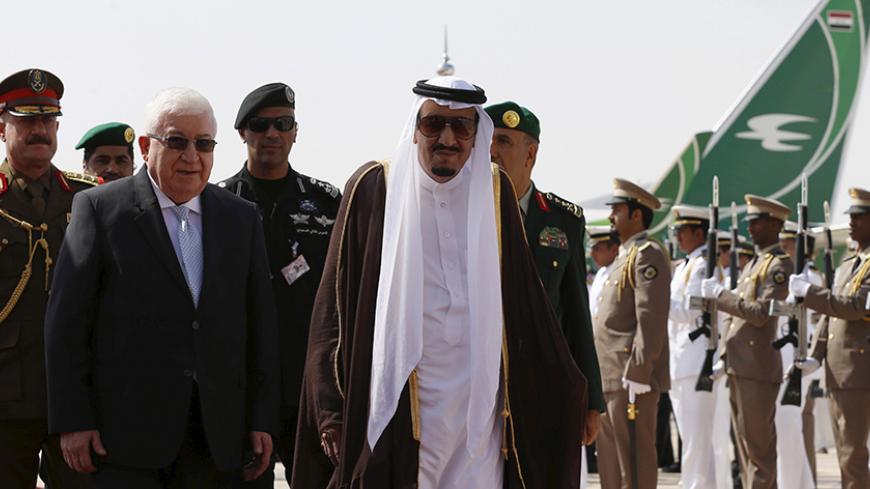 Several regional states geopolitically situated between Tehran and Riyadh, including Pakistan and Oman, have expressed an interest in helping patch up the broken Iranian-Saudi relationship. However, Iraq is perhaps the most suited among the prospective mediators, for several reasons.

First, discourse on the Iranian-Saudi rivalry conveys that much of it is directly related to the 2003 US-led invasion of Iraq, which upturned the regional power balance. Last week, Iranian Foreign Minister Mohammad Javad Zarif confirmed this perspective on the sidelines of the World Economic Forum in Davos, arguing that the regional instability “is caused by a panic in Saudi Arabia that believes there is a disequilibrium in our region after the fall of Saddam Hussein and after the Arab Spring.” Iraq — or at least past Iraq-related developments — has also been featured in Iranian calls for engagement. Senior Iranian officials, including Zarif, have repeatedly made reference to UN Security Council Resolution 598, which ended the 1980-88 Iran-Iraq War, and its provisions relating to the establishment of regional dialogue forums.

Second — despite being the scene of intense competition between Iran and regional powers, and also Iran and the United States — Iraq has over the past decade repeatedly served as a platform for dialogue. Indeed, the first direct, overt engagement between Iran and the United States after their 1980 cut in diplomatic relations was not related to the Iranian nuclear program, but to Iraq. Following Iraqi efforts, Iranian and US officials met in Baghdad in 2007. While tangible output was thin, the main achievement was the re-breaking of the taboo of Iranian-US engagement, which — following successful 2001 covert cooperation on Afghanistan — had reappeared after George W. Bush’s inclusion of Iran in the “Axis of Evil.” Indeed, just two years after the meetings in Baghdad, the first direct Iran-US discussion on the nuclear issue took place in Switzerland. Of further note, upon Iran’s request, Iraq was also host to nuclear negotiations between Iran and the six world powers in May 2012.

Third, the Iraqi government has a strong interest in avoiding becoming a more intense battleground for regional influence. On an international level, bringing Iran and Saudi Arabia together could provide Iraqi Prime Minister Haider al-Abadi with a boost in the grueling fight against the Islamic State (IS), and also much-needed credit in Riyadh, Tehran, Ankara and Washington. On a domestic level, facing a formidable constellation of forces opposed to Iraqi-Saudi engagement including from his own party, Abadi could score big if he manages to help jumpstart regional dialogue. Indeed, the Iraqi government has carried out a balancing act in regard to the Jan. 2 attacks on Saudi diplomatic facilities in Iran, which ruptured relations between Riyadh and Tehran. Iraqi Foreign Minister Ibrahim al-Jaafari stated, “It is unjust to equate these criminals and the Islamic Republic of Iran, whose security personnel were injured while defending the Saudi Embassy and consulate,” while urging Iran to “assume its legal responsibility to prosecute the perpetrators of the attack on the Saudi Embassy and bring them to justice.”

Fourth, for Saudi Arabia, engagement with Iran via Baghdad — where it has finally restored diplomatic representation — would provide it with a unique opportunity to undermine Abadi’s fiercely anti-Saudi Shiite rivals. As former senior Saudi diplomat Abdullah al-Shammari told Al-Monitor, “If Saudi Arabia were to choose a country to be a mediator, it would choose Iraq not because it believes that the Iraqi government is neutral, but [because] Saudi Arabia is trying to find support for Dr. al-Abadi’s government to make it closer to the Gulf and Arab countries.” Shammari added, “Saudi Arabia was the first country that congratulated Prime Minister al-Abadi on Aug. 13, 2014 … to give Iraq a priority and send the new Saudi ambassador to Baghdad to show its keenness to push bilateral relations forward.”

With Saudi Arabia having failed to win over any Middle Eastern state in its campaign to fully diplomatically isolate Iran, except in the case of Bahrain, one would believe that it would be a Saudi objective to secure a prize such as the empowerment of the most prominent Iraqi Shiite politician balancing against Iran. However, it appears that Riyadh is either not recognizing this opportunity or actively deciding not to pursue it.

Saudi Foreign Minister Adel al-Jubeir, who met with Jaafari on the sidelines of the Jan. 24 ministerial meeting of the Arab-India Cooperation Forum in Bahrain, said, “There will be no mediation as long as Iran does not respond positively,” insisting that Iran must stick to “non-interference in the domestic affairs of other countries.”

In addition to not taking Iraq up on its mediation offer, Saudi officials have effectively undermined potential Iraqi Shiite partners, including Abadi. On Jan. 23, Saudi Ambassador to Iraq Thamer al-Sabhan said the Iraqi Popular Mobilization Units should step aside in the fight against IS in favor of the Iraqi army. He further argued that the Popular Mobilization Units are not desired in Sunni Arab and Kurdish regions, since “they are not accepted by the sons of Iraqi society.” Predictably, the Saudi ambassador was summoned by the Iraqi Foreign Ministry, while some Shiite politicians called for his expulsion. Oddly, in his Jan. 24 meeting with Jaafari, Jubeir appears to have suggested that Riyadh’s ambassador doesn’t represent Riyadh. In a statement, Baghdad said Jubeir had indicated to Jaafari that Sabhan’s comments “do not reflect the official position of the Saudi government toward Iraq.”

Ultimately, Saudi Arabia’s failure to utilize Iraq as a platform for dialogue, thereby losing an opportunity to empower potential Shiite friends in Baghdad, may be clouded by its broader view of Iran. Shammari told Al-Monitor, “Even if Riyadh gives Iraq this chance [to act as a mediator], the Iraqi government has nothing to do here because the dilemma of Saudi-Iranian relations is that Riyadh believes that the [Iranian] president and foreign minister might be sincere about having good relations with Saudi Arabia, but the Saudi file is not in their hands.” If Saudi policy truly is based on this perception, Riyadh would be wise to consider the possibility of its prophecies about Iran becoming self-fulfilling.