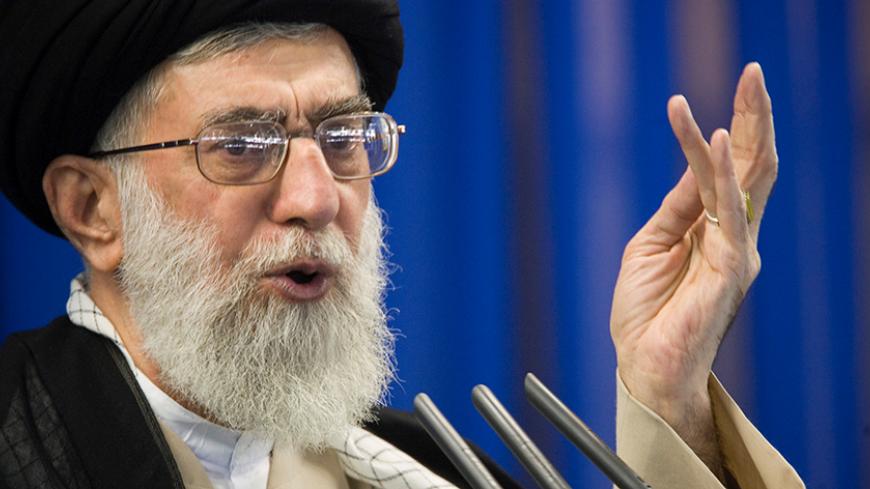 In a statement addressed to all Muslims, Khamenei said that instead of apologizing for the stampede or allowing a Muslim international body to investigate what happened, Saudi authorities accused others of wrongdoing. In his response to the stampede, Khamenei accused Saudi officials of “murder,” saying that they left the injured with the dead rather than providing them with medical treatment.

The high death toll and accusations of mismanagement led to prolonged negotiations between the officials from each country over this year’s hajj. The two sides were ultimately unable to come to an agreement, and Iranian pilgrims were prevented from attending hajj this year. Saeed Ohadi, the head of Iran’s hajj and pilgrimage organization, accused Saudi Arabia of being “domineering” during those negotiations and creating obstacles. He said that Saudi Arabia dragged out talks over the issues of using Iranian planes, attendance of Iranian physicians and tracking devices for Iranian pilgrims. Saudi authorities accused Iran of wanting to hold protests during hajj.

For blocking Iranian pilgrims, Khamenei called Saudi rulers “disgraced and misguided.” He referred to Saudi muftis as “impious and haram-eating … who blatantly issue fatwas against the Book and Sunna.” Khamenei said those who accuse Iran of preventing its citizens from going to hajj are “media minions” of Saudi Arabia and are reporting lies. Khamenei added that Muslims should “reconsider the management” of hajj.

In response to Khamenei’s comments, Saudi Arabia’s top cleric, Grand Mufti Abdulaziz Al Sheikh, accused Iranians of not being Muslims because they are descendants of Zoroastrianism, which was the dominant religion of Iranians before the conquest of Islam.

The two regional rivals are currently locked in a number of battles in the Middle East, supporting opposing and warring sides. There have been attempts to address some of the issues between the two sides, but little has been achieved. Iranian and Saudi officials traveled to France last month. The French had hoped to mediate a financial settlement for the Iranian victims of the stampede. According to Ohadi, Saudi Arabia still has not paid anything.

Before Khamenei’s speech, the website for former president and current head of the Expediency Council Ayatollah Ali Akbar Hashemi Rafsanjani published an interview in which he advocated for reaching out to Saudi Arabia. Rafsanjani recounted how he and former Saudi King Abdullah bin Abdulaziz were able to begin negotiations and address issues after Iranian-Saudi tensions had caused Iranians to miss hajj for three years in the late 1980s.

Conservative media websites immediately attacked Rafsanjani for presenting these comments just before the hajj pilgrimage and only one year after the Mina stampede. Dana website accused Rafsanjani of “pursuing relations with Saudi Arabia and reaching out to a country that has conducted the most oppression against the rights of Muslims and Iran.”