Accusations fly as Basra cafes hit by string of bombings

A series of bombings has hit Basra's cafes that employ women, leading activists to accuse Shiite militias of imposing an Islamization project on civilians. 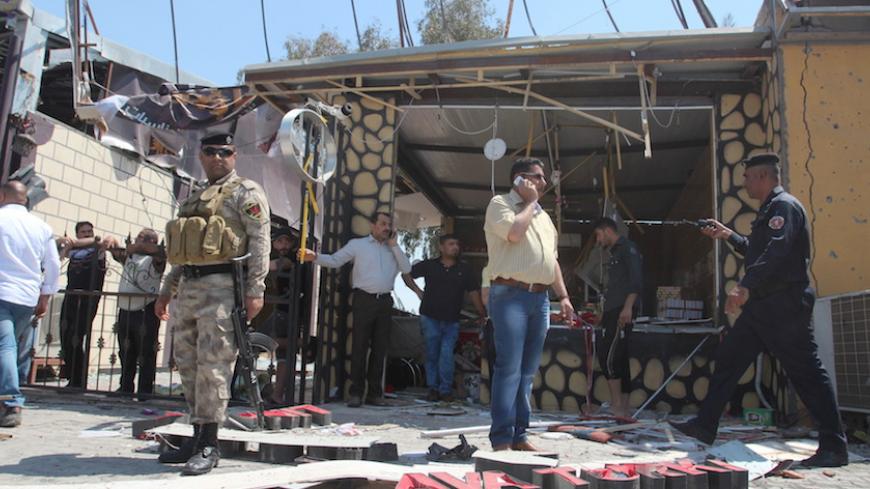 Iraqis stand near Iraqi security forces at the scene of a car bomb attack in Basra, April 4, 2016. - REUTERS/Essam Al-Sudani 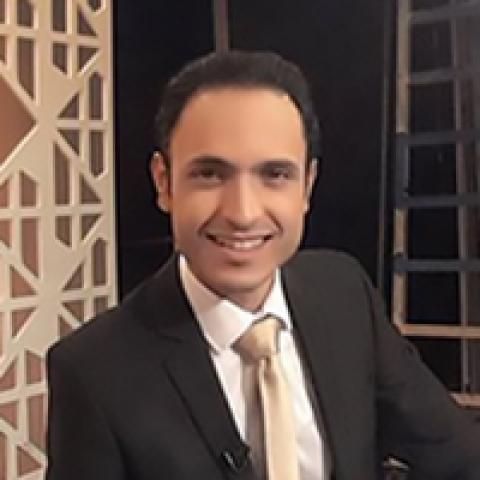 BAGHDAD — Over the past few weeks, six bombings hit Basra cafes frequented by young people. Most recently, the Coffee Time cafe was targeted Aug. 17 on busy Algeria Street in central Basra. The bombings resulted in a young man's death and left others wounded, while the cafes were forced to close and lay off their staff.

Images captured by surveillance cameras are spread over social media. They clearly show individuals who planted the explosives and a car that belongs to one of the bombers.

Col. Louay Abdul-Amir of the Basra police told Al-Monitor that investigations are ongoing, noting that the police have arrested some suspects while others remain at large.

All six targeted cafes had hired female wait staff to attract customers, the first to do so in Basra in decades.

Haifa al-Badran, the head of a humanitarian association in Basra, told Al-Monitor, “The majority of the girls working in cafes are Iraqis, employed in a civilized manner to support their families.” He said, “Families in Basra did not see any violation of ethics and morals in public.”

However, the situation seemed to have sparked the fury of the religious forces in Basra. Al-Monitor obtained a copy of a flyer found near one of the bombing scenes that called for sending the female workers back to their homes and accusing the cafes of turning into "homes for demons and the practice of adultery and sodomy."

The text was poorly written and unsigned, reminiscent of al-Qaeda and the Islamic State (IS). The flyer warned that the cafe owners will end up in “forensic medicine and hell” should they refuse to obey.

Iraqi intellectuals and activists were angered by the cafe attacks. Civil rights activist Mohammed al-Nour told Al-Monitor that, in his view, the main suspects in the bombings are “Shiite extremists” who colluded with the security services and political blocs in Basra to target cafes.

For the past two years, activists have been monitoring the escalating role of political Islam and its affiliated armed factions in central and southern Iraq, where the political and religious roles of the Popular Mobilization Units have risen.

This is neither the first time entertainment venues for youth have been threatened, nor is it the first attack on the freedom of women. On Aug. 13, for instance, Muqtada al-Sadr called for boycotting cafes that employ waitresses, warning that "certain measures" he did not explain would be taken should the government fail to address this issue.

The Sadrist movement's affiliated militias, known as the Mahdi Army and now as the Peace Brigades, have been fighting IS in the provinces of Salahuddin, Kirkuk and Anbar.

Imtar Rahim Ne’hma, a member of the Badr bloc in the province of Basra, also warned against cafes employing female staff members and called on their families to address the problem “in order to preserve their lives.”

Ahmed Abdel Hussein, the chairman of the legal committee of Basra's provincial council, told Al-Monitor, “The law does not forbid girls from working in cafes.” He added, “The employment of girls is a traditional and social issue rather than a legal one.”

However, Nour said, “The political forces’ conflicting points of view on the legalities of cafe work and the legitimacy of girls working in them was enough excuse for Shiite extremists to target such locations.”

Meanwhile, Hussein noted that the differences between political blocs are an important factor in the security decline and the increase of organized crime in Basra. On Aug. 25, Basra Governor Majed Nasraoui accused “influential” political parties of being involved in the bombings.

In recent months, heated debates have arisen in Basra after the Shiite religious forces, represented by the Popular Mobilization Units, and the political forces, represented by their militias, distributed pictures of clerics and late Supreme Islamic Leader of Iran Ruhollah Khomeini in the streets of Basra. They also prevented the sale of alcohol and banned modern hairstyles for young men and stylish veils for young women in the southern Iraqi city. The targeting of entertainment venues for young residents and terrorizing of girls for working there can be taken as a result of the Iran-affiliated forces’ Islamic struggle against the secular civil forces.