The recent attacks and closures of cafes in the Karada neighborhood of Baghdad have served to shake the solid footing Shiite cleric Muqtada al-Sadr is attempting to establish in the city’s local government. 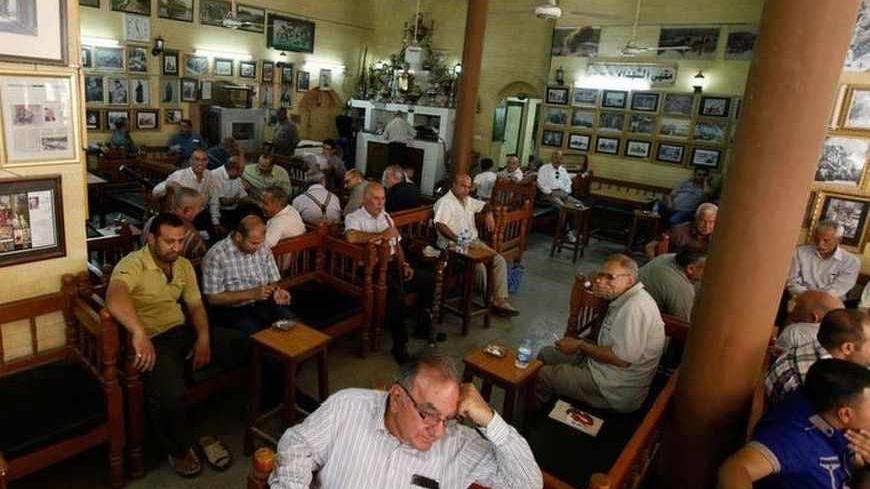 On the night of July 15, gunmen accompanied by men in religious uniforms shut down popular cafes in the Karada neighborhood of Baghdad, deeming them “[morally] corrupt.” Karada residents were shocked to see posters hanging in the neighborhood announcing the closure of several popular cafes.

A senior police officer told Al-Monitor on July 20, “Ansar al-Zahra, a group affiliated with the Mahdi Army militia, has been working on implementing Sharia for months, following Sadrist Ali al-Tamimi’s ascent to the government.” The officer continued, “The reason Ansar al-Zahra attacked these cafes is because they employed a number of females, which goes against the traditions of Ramadan.”

While touring Karada, Al-Monitor’s correspondent noted the presence of dozens of banners thanking the governor of Baghdad for closing the cafes. On social media sites like Facebook and Twitter, civilian activists expressed their concerns over distorting civil life in Iraq.

Shirouk Abayachi, a civil activist and environmental expert, told Al-Monitor on July 20, “Raiding and shutting down cafes reflects the influential Islamist forces’ orientation to impose additional restrictions on civil society.” She continued, “Baghdad is a civil capital, on which no one can impose conservative traditions. The use of excessive force in achieving that, however, warns of disastrous consequences.”

Al-Monitor spoke with Ali al-Tamimi, the governor of Baghdad, on July 21, and asked him about the reality of the Baghdad local government’s decision to shut down recreational facilities.

Tamimi said, “The campaign to close cafes was targeting me personally, and it aims to tarnish my reputation and the orientation of the [Sadrist] bloc I am affiliated with.” He added, “The groups that carried out these acts of sabotage and provocation have spread fear and terror among the people of Baghdad, and it is driven by an external agenda.”

Tamimi’s remarks to Al-Monitor came one day after Prime Minister Nouri Maliki announced that those who attacked the cafes have been arrested. Maliki said in an official government statement that he is "strongly opposed to militias doing the job of security services."

Tamimi told Al-Monitor that the uproar that followed the closing of cafes comes at the expense of the interests of the citizens in Baghdad, and aims to thwart the future development plans of Baghdad’s government, which aim to help the poor and disadvantaged segments in the capital.

Nevertheless the Sadrist Movement, with which Tamimi is affiliated, speaks a completely different language.

Mohammad Reza, a leader of the Al-Ahrar bloc, which is affiliated with the Sadrist Movement, said in a media statement, "The people of the Karada neighborhood of central Baghdad are the ones who attacked casinos and cafes in the neighborhoods." Reza said, "The attacks were designed to preserve the sacredness of this month, after executive authorities failed to do so."

After gaining local authority in Baghdad, the Sadrist Movement is going through a tough test. Many view the movement as a hard-line religious group that aspires to apply Sharia according to the Shiite method.

On the other hand, movement leader Muqtada al-Sadr has been keen to show a fundamental change in his religious rhetoric for several months now. Yet the real test for the Baghdad local government — led by the Sadrist Movement — began when an extremist group attacked the Karada cafes.