In a rare public statement, al-Qaeda in Iraq has announced that it is meeting with Sunni leaders in the west of the country to join forces to fight the “Iranian Safavid gestapo.” 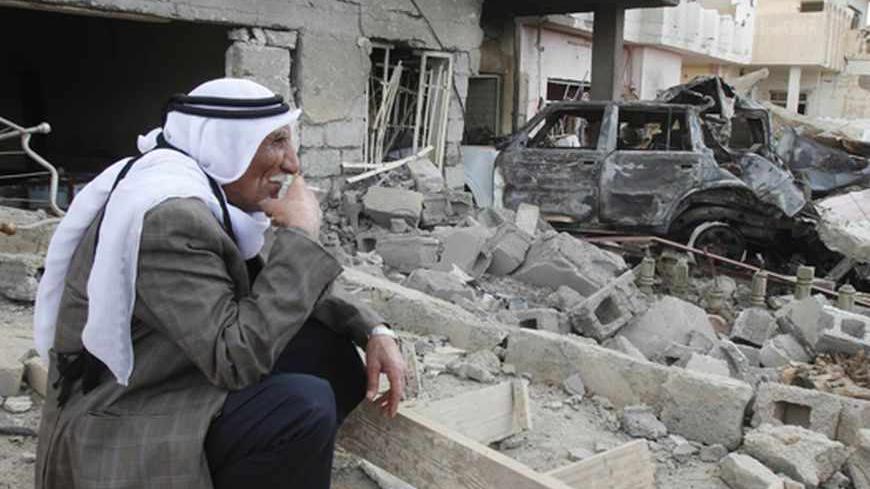 Al-Qaeda in Iraq revealed in a unique statement that it met with tribal leaders in Anbar province in western Iraq and agreed with them to “unite their efforts against the Safavid [Iranian] gestapo in Iraq.”

The statement confirmed what was published by Al-Monitor on May 8, 2013. Al-Monitor’s correspondent spoke to a political source active in the protests in Anbar, who pointed out that dialogue sessions with tribal leaders to calm the situation — which were attended by the Sunni politician and Deputy Prime Minister Saleh al-Mutlaq — were held in the presence of representatives from armed groups.

Al-Qaeda’s statement spoke about an expanded meeting that was held between the Anbar tribes and representatives of the Islamic State of Iraq. However, it did not specify the time or place of the meeting, for understandable reasons that are related to the very reasons the meeting was held.

The group explained in the statement that “the main essence of the subjects that were addressed in the meeting was unanimously agreed upon, while these subjects have also remained secret.”

Yet, the statement added that “those in attendance agreed to deploy jihadists to confront (the fascist Shiite Safavid gestapo).”

The statement continued, “The conflict with fascism is moving to a stage that will certainly be able to completely change the balance of power.”

Al-Monitor contacted a number of Sunni tribal leaders in Anbar. While some declined to comment on what was mentioned in the al-Qaeda statement, others said it was an attempt to entrap the tribes in the city.

Cleric Labib al-Nakib, head of the Sunni Fatwa Committee, said, “Al-Qaeda is using the pretext of protecting Iraqi Sunnis when it conducts acts of violence in the country.”

Nearly a week before the al-Qaeda statement was released on May 21, 2013, Al-Monitor received via email a statement signed by 76 Sunni religious leaders, declaring that they have no connection with al-Qaeda.

Sunni clerics representing nine Iraqi provinces —  Anbar, Ninevah, Baghdad, Diyala, Salahuddin, Kirkuk, Babil, Wasit and Basra — signed the statement. It said, “Sunnis in Iraq have no connection with any terrorist attacks targeting Iraqis of various sects, or with the ideology of al-Qaeda, which according to them, is not similar to the Sunnis’ beliefs and ideology.” The statement urged citizens “to cooperate with the security forces in the fight against al-Qaeda, and not to help or assist the group.”

The reason that pushed al-Qaeda to announce “a joint understanding” — a similar [announcement] has never before been disclosed — with Sunni tribes is not precisely known. Yet, this announcement coincided with the most extended security operation conducted by the Iraqi forces in the Anbar desert, where security officials said that al-Qaeda members are entrenched.

The military operation was code-named The Ghost. It started in the early hours of May 16, 2013, and concentrated on Highway 160, linking Baghdad to both Jordan and Syria.

A major in the Iraqi army told Al-Monitor, "Four fixed-wing aircraft coming from the al-Bakr air base in Salahuddin arrived at al-Assad air base in Anbar, as the military operation started there.”

Under these circumstances, Iraqi Sunnis are placed under the pressure of the armed groups on the one hand, and that of the country’s public opinion — which has considered Sunnis as a whole to be a main component in the acts of violence — on the other. Al-Monitor’s correspondent found it very difficult to talk to political decision-makers in the city of Ramadi, the majority of whom had concerns over issuing positions that could anger al-Qaeda or the government in Baghdad.

Nevertheless, some Sunni leaders are trying to convince Maliki to take steps to calm the situation. Al-Monitor attended a press conference by Karim al-Samarrai — a Sunni politician in the Iraqi Islamic Party and the resigned minister of science and technology — in which he confirmed that he had sent Maliki a message calling on him to make a TV appearance to condemn al-Qaeda and Shiite militias. Samarrai said, “Maliki has responded to that.”

In a press conference that included Deputy Prime Ministers Saleh al-Mutlaq and Hussein al-Shahristani, Maliki had announced on May 28, 2013, the Council of Ministers’ decision to support security services in their fight against al-Qaeda and militias. He emphasized the importance of confronting the outlaws, regardless of their affiliation, beliefs and political parties.