As tensions continue to simmer, the head of the Islamic Revolutionary Guard Corps has said in a speech that Saudi Arabia is now one of Iran's "clear enemies" and accused the Saudis of trying to spread instability in the country. 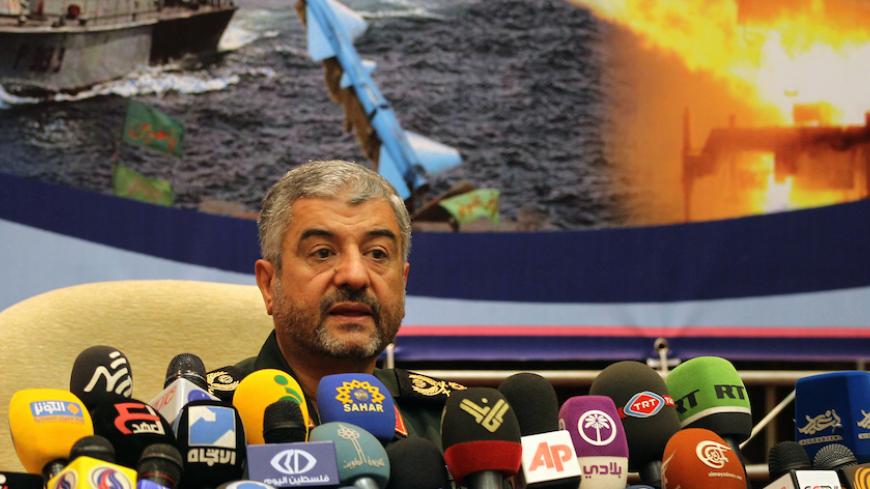 During a speech to Iran’s naval commanders July 21, Islamic Revolutionary Guard Corps commander Brig. Gen. Mohammad Ali Jafari spoke about the threats to Iran in the Persian Gulf region and the importance of maintaining security. Jafari said that some of Iran’s neighbors are actively trying to spread unrest inside Iran, adding that some regional countries and particularly the House of Saud have become “clear enemies and today spend a lot of money to spread instability to Iran.”

Jafari did not say exactly what Saudi Arabia is doing. Mohsen Rezaei, a former IRGC commander during the Iran-Iraq War and the current secretary of Iran's Expediency Council, recently accused Saudi Arabia of establishing a training camp in Iraqi Kurdistan near Iran’s borders. Rezaei warned the Kurdistan Regional Government (KRG) that if the Kurdish groups that have become so active lately are not contained, Iran would respond with military operations. A KRG statement denied Rezaei’s claims, saying that if they were true, a joint Iran-KRG committee would have investigated.

Tensions between Iran and Saudi Arabia are currently at the highest level they’ve been in years. While Jafari did not mention it, a number of Iranian officials were recently surprised to see Prince Turki bin Faisal Al Saud, who served as head of Saudi intelligence for over two decades, at a Paris rally for the Iranian opposition group Mujahedeen-e-Khalq (MEK), which Iran holds responsible for the deaths of 17,000 Iranians. Faisal’s open endorsement of the MEK during his speech at the rally and support for regime change hit a nerve in Iran.

The last time tensions flared between the two countries was in January, when Iranian protesters attacked the Saudi Embassy in Iran after Saudi Arabia executed Shiite cleric Nimr al-Nimr. Saudi severed all diplomatic relations with Iran after the incident. President Hassan Rouhani, who was elected to office three years ago with the promise of reducing tensions between Iran and other countries, has previously openly called on the judiciary to prosecute those behind the embassy attack.

The trial of the 21 suspected embassy attackers started this week in an open court in Tehran. According to Iranian media reports, a number of the defendants were young adults in their late teens or 20s. Many of them claimed to have heard about the protest via social media platforms like Telegram. One of the defendants gave the September 2015 Mina stampede during the hajj pilgrimage in Saudi Arabia that killed over 400 Iranians as the reason he showed up to protest.

Another defendant said that he felt he was being sacrificed due to Rouhani’s pressure on the judiciary. Others defended themselves by saying that during the last 37 years, there have been many protests held without permission in the Islamic Republic. A number of defendants blamed the police at the scene for either not stopping the protest or not doing enough to stop it. A lawyer for one of the defendants said that his client had just returned from Syria and felt “a religious duty to support the revolution.”

According to the judge, there are nearly two dozen other defendants: clerics who will be tried by the Special Court for the Clergy.

While those behind the attack, particularly those who led and organized it, may ultimately face some jail time, as Jafari’s comments signal, their punishment will likely not decrease tensions with Saudi Arabia. Nor are Rouhani’s attempts at reconciliation welcomed in Saudi Arabia. In his most recent statements, Saudi Foreign Minister Adel al-Jubeir said that Saudi Arabia “has never seen any moderate policy from” Rouhani. The conservative newspaper Vatan-e Emrooz ran Jubeir’s comments on its front page, linking Rouhani’s attempts to smooth tensions with Jubeir’s newest criticism. “With the second court hearing for the defendants accused of entering the Saudi Embassy illegally, Adel al-Jubeir, the anti-Iranian foreign minister, with repeated accusations against Iran, has presented new issues against Rouhani,” the article began.

In addition to their direct conflicts with one another, Saudi Arabia and Iran are also currently supporting opposing sides in Syria, Yemen, Iraq and Lebanon.