Iranian officials have pointed the finger at Saudi Arabia as the culprit behind the attack by the Islamic State on Tehran. 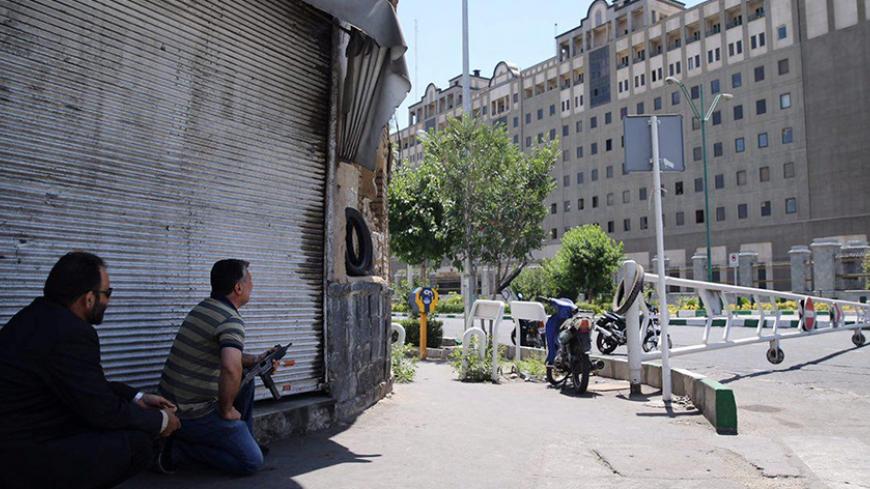 After the first terrorist attack by the Islamic State (IS) in Tehran, Iranian officials from various backgrounds have pointed the finger at their regional rival Saudi Arabia.

Speaking at the Oslo Forum in Norway June 13, Iran’s Foreign Minister Mohammad Javad Zarif said they have “intelligence that Saudi Arabia is actively engaged in promoting terrorist groups” along the country’s eastern and western borders. Zarif referenced comments by Saudi Deputy Crown Prince and Minister of Defense Mohammed bin Salman who said that they will take the war inside Iran’s borders and by Saudi Arabia's Foreign Minister Adel al-Jubeir who said Iran must be “punished.”

The commander of the Islamic Revolutionary Guard Corps, Maj. Gen. Mohammad Ali Jafari, directly blamed Saudi Arabia for the IS attack on Tehran. “We have precise intelligence that Saudi Arabia, unfortunately, supported the terrorists and demanded the operations in Iran,” Jafari said June 12. The attack on Iran’s parliament and the mausoleum of the founder of the Islamic Republic left 17 dead and 50 wounded.

Former Deputy Foreign Minister for Arab Affairs Hossein Amir Abdollahian, who is currently an adviser to the speaker of parliament, tweeted that “Riyadh is the prime suspect in the terrorist event.” He added that Prince Bandar bin Sultan, former Saudi ambassador to the United States and director general of the Saudi Intelligence Agency from 2012 to 2014, was behind a 2013 terrorist attack on Iran’s embassy in Beirut.

The comments by Iranian officials fit the narrative recently offered by former US Secretary of State John Kerry who said at the Oslo Forum that — during his tenure — regional countries had asked the United States to bomb Iran. Kerry did not specify which countries, however, some officials in Iran pointed the finger at Saudi Arabia. “This is not the first time the Saudis have provoked others against Iran,” wrote Mohsen Rezaei, secretary of the Expediency Council, on his Telegram account. Rezaei referenced Saudi Arabia's support for Iraqi President Saddam Hussein’s war against Iran and the recent US-Saudi deal overseen by Donald Trump as further proof.

Officials have not offered any evidence linking Saudi Arabia to the IS attack. Conservative analyst Mehdi Mohammadi, who served as an adviser to Iran’s former nuclear negotiator, wrote that the latest reports show the attackers were not individuals who were radicalized online by IS inside the country’s borders. Rather, these were people who attacked Iran five days after they entered the country, so they received training outside the country.

However, Mohammadi wrote that speculation that the attackers were connected to the new CIA Iran center or the so-called Arab NATO was likely inaccurate as well. He wrote that it is too early to tell what Michael D’Andrea has planned for the CIA center. He added also that the Arab NATO, led by Saudi Arabia and comprised of regional Sunni states, exists only in name.

Despite the accusation, it seems that Iranian officials are simply attempting to deflect Saudi and US accusations of funding terror. None of the officials who have attempted to link Saudi Arabia to the IS attack have made attempts to show proof. Nor have they promised a reaction against the Saudi Arabian government. Rather, Iran’s Foreign Minister Zarif is still encouraging dialogue to resolve regional issues. In an interview with Al Jazeera on June 14, Zarif said that the intra-Gulf Cooperation Council conflict between Saudi Arabia and Qatar should be resolved through talks and consultations, adding, “You cannot solve problems between countries through pressure, threats and punishment.”