A preferential trade agreement between Turkey and Iran has failed to stop the decline in bilateral trade as regional political disputes between the two neighbors deepen. 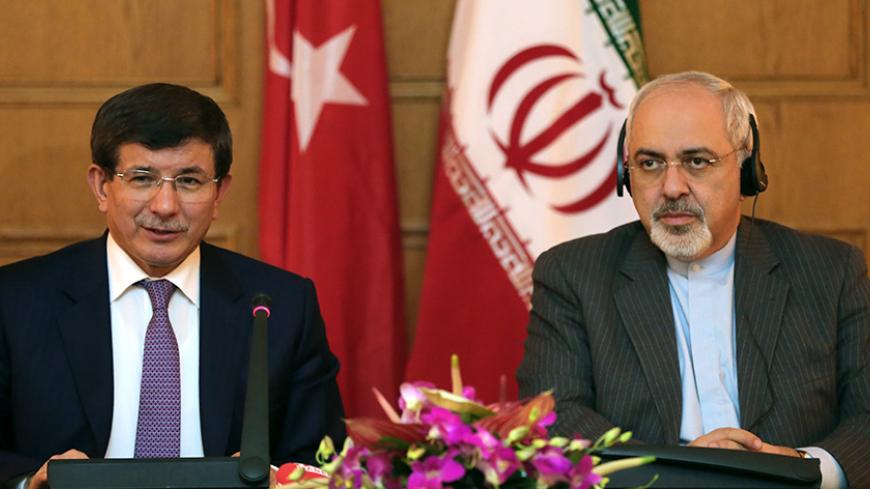 While international appetites grow for business opportunities in Iran following the lifting of economic sanctions, Turkey, owing to its foreign policy, has failed to make use of a special trade arrangement it already had with Iran. A preferential agreement, the product of negotiations that took about a decade, had taken effect between the two neighbors Jan. 1, 2015. With a target of $35 billion in bilateral trade by the end of the year, the deal introduced tariff cuts on 140 products from Turkey and 125 products from Iran. The day it took effect, Turkey’s then-Economy Minister Nihat Zeybekci hailed a “very important beginning for Turkish-Iranian business, friendship, and political and economic cooperation.”

What began with high optimism, however, has resulted in a huge disappointment. The bilateral trade volume at the end of 2015 stood at $9.7 billion, not only far off the target but also below 2014's $13.7 billion. Turkey’s imports from Iran dropped 38% to $6.1 billion in 2015, while its exports decreased 5.7% to $3.66 billion. Given Turkey’s purchase of 10 billion cubic meters of natural gas from Iran, the drop in exports indicates that Turkey has decreased the purchase of Iranian goods other than gas. Similarly, Turkish exports of food, iron and steel, chemicals and automotive sub-industry products had been expected to increase under the deal, but this seems to have not materialized either.

The shrinking trade volume — a trend since 2012 — suggests that Turkish-Iranian trade links are moving toward a point where the two neighbors buy only essential goods from each other. In 2012, the trade volume stood at $21.89 billion despite the sanctions, before dropping to $14.5 billion in 2013 and even further in the next two years to reach $9.7 billion in 2015, the lowest level in the past four years.

So why are the trade links regressing?

Turkey and Iran have been on opposite camps in both Syria and Iraq. Turkey’s alignment with Saudi Arabia on the Yemeni conflict and the Saudi-Iranian row has further damaged its political ties with Iran, also affecting bilateral trade. As a result, commercial ties have failed to take off despite tariff cuts on hundreds of products, including some that are now next to zero. The decrease in trade, however, suggests the two sides are imposing a “covert embargo” on each other.

Reha Camuroglu, a writer with expertise on Turkish-Iranian ties and a former lawmaker for the ruling Justice and Development Party, believes that Turkey’s Syria policy is a major factor behind the decline in bilateral trade. In remarks to Al-Monitor, he offered the following assessment: “For quite some time, pro-government quarters in Turkey have been voicing unfriendly rhetoric toward Shiites. The same goes for the rhetoric against [Syrian President] Bashar al-Assad, which identifies Assad with his sect. Similarly, the besieged Shiite villages in Syria and the humanitarian drama there are, for some reason, of no interest to Turkey. Meanwhile, the ‘Islamic army’ that Saudi Arabia is said to have formed with its allies is, for some reason, comprised only of Sunnis and comfortably using the name of Islam. Most recently, Turkey implicitly backed Saudi Arabia over the execution of Ayatollah [Nimr al-] Nimr, saying the issue was an internal matter, which also had a chilling effect on Turkish-Iranian ties.”

For Iran, Camuroglu stressed, political relations are an important factor in economic ties. “The state wields a big influence in the Iranian economy, which means that the decisions of the state have a direct impact on business ties,” he said. “The current figures will go further down unless Turkish-Iranian ties are repaired. One should not forget that Iran has more options now with the lifting of the embargoes.”

Noting that trade with Iran had an advantage in terms of transportation, Camuroglu said, “If [Turkey] manages to reshape its Syria and Iraq policies in a way that takes into account common interests with Iran, the trade volume could again go up to $20 billion.”

But is there any hope for the coming period?

Mete Develioglu, a representative for Italian farming equipment supplier Tesmec in Turkey, told Al-Monitor his company had held five business meetings in Iran over the past month. “Similar to Turkey’s Southeastern Anatolia Project, Iran is seeking to desalinate large swaths of agricultural land and increase productivity. In addition, they will be taking bids for the laying of 10,000 kilometers [6,000 miles] of cable in the fiber optic realm. Turkey could find cooperation opportunities in those fields,” Develioglu said.

However, he also had a warning: “The lifting of the embargo may look like an advantage at first glance, but it could actually reduce Turkey’s chances. Many countries are now waiting at Iran’s door. Everybody is after business, and Iran looks favorably at Europe.”