Turkish-Iranian trade has declined to its lowest level in nine years despite political rapprochement, a preferential trade agreement and the use of local currencies in economic ties. 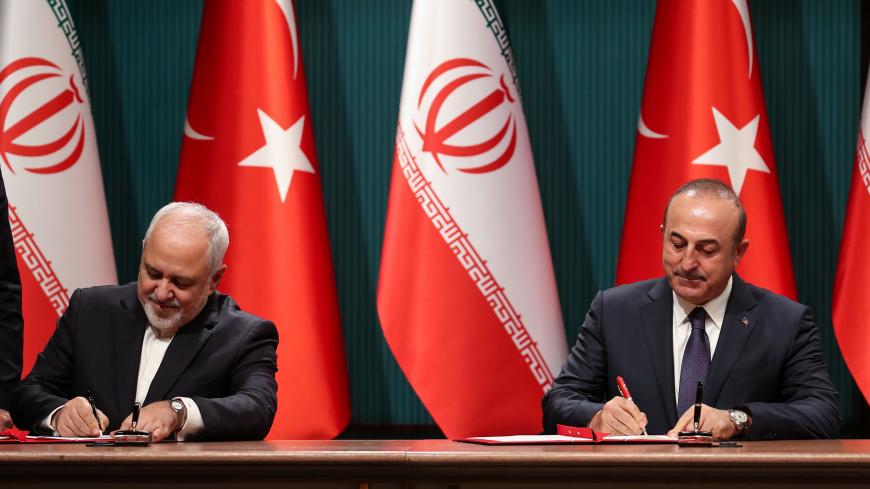 Turkey and Iran have maintained cooperation in regional affairs in recent years, including most notably joint efforts for a settlement in Syria but also solidarity against US and Israeli policies in the Middle East. Earlier this month, Turkey’s interior minister even raised the prospect of a joint operation against Kurdish militants.

The political solidarity has been widely expected to strengthen bilateral trade, with a number of steps taken to that effect. In 2015, a preferential trade agreement between the two neighbors lowered tariffs on 125 industrial and 142 agricultural products. Two years later, a swap agreement took effect to allow the use of national currencies in bilateral trade.

When introducing the preferential trade agreement, the two countries had set a target to boost the volume of bilateral trade to $35 billion. Four years on, the result is a disappointment in full measure. In 2018, bilateral trade was worth $9.3 billion, the lowest level over the past nine years.

Official Turkish statistics show a steady downtick since 2012, when the bilateral trade volume peaked to $21.9 billion after exceeding $10 billion in 2010.

Many had hoped that with the Iranian rial and the Turkish lira at play, commercial ties would become easier and boost the volume of trade. The hopes, however, have not materialized. Iran ranks 19th among the top 20 buyers of Turkish goods and, despite oil and gas sales to Turkey, ranks 10th among the largest exporters to its western neighbor.

Still, the trade balance is in Iran’s favor, with Turkey running a deficit of $4.5 billion last year.

The downtick in bilateral trade has continued this year. In January, Turkey’s exports to Iran fell 27% to $191 million and its imports decreased 16% to $485 million.

The decline in commercial exchanges has to do with hitches in the functioning of the preferential trade agreement, which took effect in 2015. Fatih Cayabatmaz, the Tehran representative of Turkey’s Independent Industrialists and Businessmen Association, has warned that the worst might still be ahead.

“Iran banned the importation of 339 products, among them 61 products within the scope of the preferential trade agreement,” Cayabatmaz told Anatolia news agency in January, adding that the association had asked the competent Iranian authorities to lift the ban and that the issue had been discussed also between the two countries’ presidents. “Bilateral accords such as the preferential trade agreement are international agreements that cannot be repealed with decrees. We’ve communicated this to the Iranian authorities,” he said.

But as the Turkish side awaited a solution to the problem, the Iranian parliament delivered another blow to bilateral trade, approving legislation that bans until March 2021 the import of goods that have locally produced equivalents to meet the needs.

Cayabatmaz argued that countries with preferential trade agreements with Iran should have been exempt from the restrictions. “Textiles, white appliances, food, medical supplies and cosmetics are among the products we sell the most to Iran. Similar goods are being produced in Iran. Following the decision of the Iranian parliament, our exports to Iran could nearly grind to a halt,” he said.

Yet, despite the disappointment in commerce, cooperation is strengthening in other realms, especially tourism. The Association of Turkish Travel Agencies (TURSAB) and the Association of Air Transport and Tourist Agencies of Iran signed a deal in February in a bid to increase the number of tourists between the two countries. According to TURSAB chair Firuz Baglikaya, out of 40 million tourists who visited Turkey in 2018, 2 million were Iranian.

The 2 million figure suggests that political solidarity between the two countries is also encouraging tourism, despite the economic difficulties in Iran. Another factor the may encourage Iranian tourists is the Iranian currency’s 20.9% appreciation against the Turkish lira in 2018. However, the latter is based on the official exchange rate, and open market prices for foreign currency have dramatically increased since US President Donald Trump’s withdrawal from the nuclear deal in May 2018.

Iranian businesspeople are also increasingly attracted to Turkey. According to figures obtained from Turkey’s Union of Chambers and Commodity Exchanges, Iranians set up 1,019 companies in Turkey last year, up from 357 in 2017, ranking among the top three on the list of foreigners establishing companies in the country.

The companies, along with the touristic exchanges and the realty purchases, serve to strengthen the bridges between the two peoples. Yet the Iranian state’s increasing introversion under the impact of moves to protect its economy is making things harder for business. No wonder Turkey’s Trade Ministry warns local entrepreneurs on its website that Iran ranked 124th among 190 countries in terms of the ease of doing business in 2017.