Why Turkey will protect trade with Iran from US sanctions

The warming of ties between Iran and Turkey in recent years, coupled with the changing regional landscape, is likely to keep bilateral trade largely impervious to US sanctions. 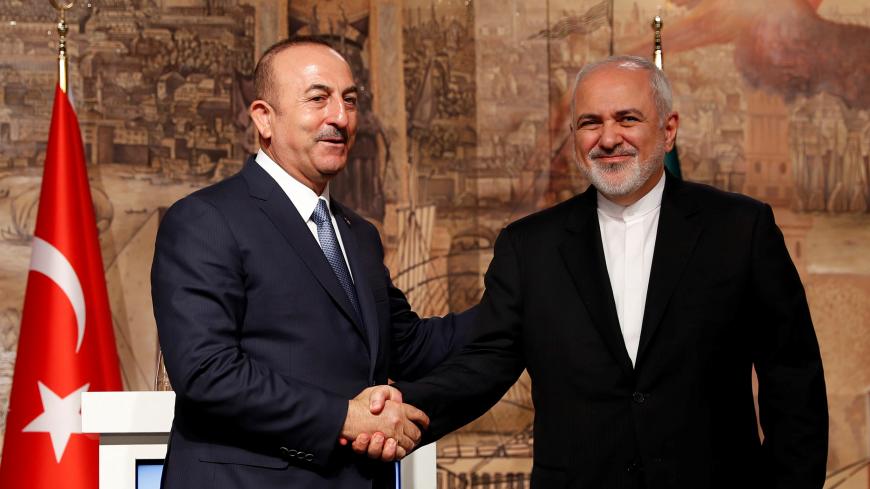 Relations between Iran and Turkey have been on a positive trend ever since Turkey’s Justice and Development Party came to power in 2002. Yet, although the two neighbors have experienced tensions at times, those tensions have never surpassed a certain level.

When the United States imposed crippling sanctions against Iran, from 2011-15, under President Barack Obama, Tehran and Ankara had divergent views on several issues, especially on Syria, which is perhaps the most challenging regional issue of our time. Today, however, the two neighbors are very close in their views, even on regional matters. Turkey no longer talks of the need to oust Syrian President Bashar al-Assad. Meanwhile, President Recep Tayyip Erdogan has turned into a serious critic of the Saudi kingdom. Tehran and Ankara even share views on the situation in Iraq. At the same time, Turkey is no longer Washington’s trusted player in the region and has moved closer to Russia.

Thus, it was not strange when, on July 25, Turkey’s Foreign Minister Mevlut Cavusoglu rejected US sanctions against Iran. “We have no obligation to support the [unilateral] sanctions of one country against another country, especially when we think they are inappropriate,” he said, adding, “If we do not buy oil and gas from Iran, where should we provide our needs from?” Meanwhile, on Aug. 10, US President Donald Trump announced he would double the rate of tariffs on steel and aluminum imports from Turkey over Ankara’s detention of American pastor Andrew Brunson on espionage charges.

It is natural, then, that Turkey would not depend on or trust the United States or its president as it had before. This is not to mention that Ankara has also lost hope in the abilities of Europe and the United States to solve the Syrian crisis. Instead, Ankara has opted to enter negotiations with Iran and Russia and pursue its regional goals and interests through their initiatives.

Iranian political analyst and economist Saeed Laylaz told Al-Monitor, “A key part of Iran-Turkey relations lies in economic factors. The reality is that the economy of each of these countries is complementary to the other. This is not seen with Iran and Saudi Arabia, which are rival economies.” Laylaz, who teaches at Tehran’s Shahid Beheshti University, added, “Even when Turkey had close ties with the White House it was not able to dismiss Iran, and failed to abide by Washington’s anti-Iran sanctions. This is of course not because of Erdogan’s personal interest in [pursuing the interests of] Tehran. Instead, as Turkey’s foreign minister has pointed out, it stems from Ankara’s need for oil and gas and the high volume of economic trade between the two countries.”

Presently, both Turkish and Iranian officials have expressed a resolve to take these numbers even higher. Speaking during an Oct. 19 visit to Turkey, Iranian Vice President Eshaq Jahangiri said both sides are determined to increase the volume of bilateral trade to $30 billion. However, the two neighbors had already previously vowed to reach these numbers. So far, the highest recorded level of Iran-Turkey trade stands at $22.9 billion, which dates to 2012.

The merging views of Iran and Turkey are perhaps more evident now than ever before. Relations between Iran and Turkey have gone through repeated ups and downs. Since the 1980s, any improvement in either country’s situation was accompanied by the other's decline. For example, while Iran was at war with Iraq in the 1980s, Turkey was experiencing a booming economy under President Turgut Ozal. However, in the 1990s, after Ozal’s term came to an end and before Erdogan came to power, Turkey witnessed a series of unstable governments. This instability coincided with an era of relative economic stability in Iran, experienced during the presidencies of Akbar Hashemi Rafsanjani (1989-1997) and Mohammad Khatami (1997-2005). In the years 2005-13, as Iran’s economy was distressed under then President Mahmoud Ahmadinejad, Turkey’s began to flourish under Erdogan.

The current situation, however, is different from the past in several aspects. Today, the White House no longer looks to Ankara for solving regional issues. Instead, Trump prefers to deal with Riyadh. This has prompted Turkey to look more toward the East. Meanwhile, for the first time in the past two decades, Tehran and Ankara are more or less on the same page in regard to regional issues, even as their differences remain. For example, the independence referendum held in Iraqi Kurdistan last year highlighted the threat of Kurdish separatism for both sides, especially since both Iran and Turkey are home to considerable Kurdish populations.

Europe’s failure to deal with Russian threats, particularly regarding Crimea and the Syrian crisis, has also prompted Turkey to stop waiting for Europe and instead deal with Iran and Russia on its own. Iran’s actions following the failed 2016 putsch in Turkey — when compared to the actions of other Persian Gulf states — helped promote ties and trust between the two countries. The common challenges created for both Tehran and Ankara by Saudi Arabia should also not be forgotten. For example, Riyadh’s behavior toward Qatar, an ally of Turkey and a friend of Iran, has pushed Ankara more toward Iran than Saudi Arabia, in regard to regional policies.

At a time when Iran is facing pressures from the United States and Saudi Arabia, it is unlikely that Turkey will join the latter, especially since Ankara’s own relations with these countries is going through its worst period.