Amid rising tensions following Saudi Arabia’s move to cut diplomatic relations with Iran, the question appears of whether the time has come for efforts to bridge the divide — or whether it’s too soon. 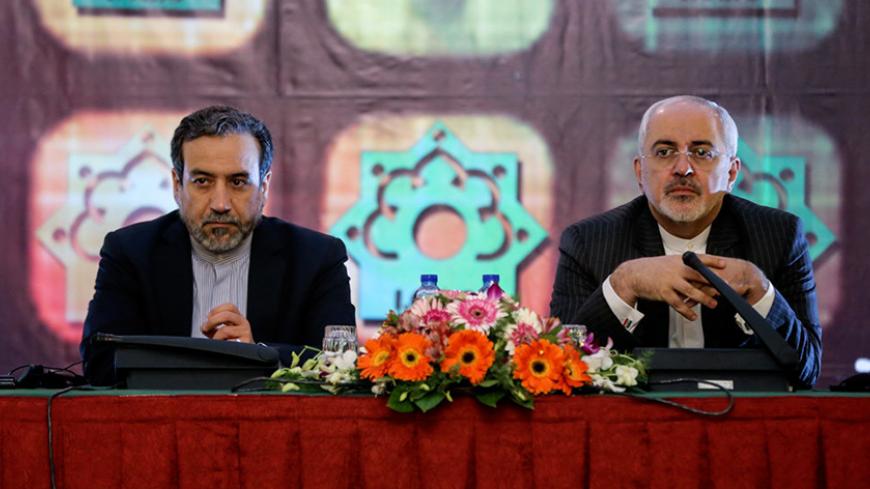 With the proxy wars between Iran and Saudi Arabia taking place across the region, the two countries’ recent head-on collision did not come as a surprise. Neither did the execution of Saudi Shiite cleric Nimr al-Nimr appear as the only milestone in a long path of tensions. This collision isn’t merely about the governments in Riyadh and Tehran. Their clashes of interests in Syria, Iraq, Bahrain, Yemen, Lebanon and other arenas have transformed hostility between many ordinary Iranians and Saudis into a state of outright enmity. As this struggle has mounted, it has sharpened various differences, from sectarian to ethnic, and has even entered the sports arena. In Tehran and Riyadh alike, many ordinary people exchange political jokes with negative depictions of the other side. Meanwhile, on state-backed media and on social networks, the Iranian and Saudi governments are waging an unprecedented war of words against each other.

“Saudi Arabia is trying to find a way out of its current dire straits and unsuitable situation,” said Alireza Miryousefi, head of Middle East Studies at the Iranian Foreign Ministry’s Institute for Political and International Studies. Miryousefi told Al-Monitor that Saudi Arabia is seeking to deflect attention from its domestic and regional challenges. “Saudi Arabia has made consistent efforts to fan the flames of sectarian differences between Shiites and Sunnis, and … it tries to use Iran as an excuse to divert attention from its iron-fist policies, in particular after 2011,” said Miryousefi.

From Iran’s perspective, Riyadh has been looking to draw it into a confrontation that could force international powers to side with Saudi Arabia. “Today, some in Riyadh not only continue to impede normalization but are determined to drag the entire region into confrontation,” wrote Iranian Foreign Minister Mohammad Javad Zarif in a Jan. 10 op-ed in The New York Times. Zarif elaborated, “Saudi Arabia seems to fear that the removal of the smoke screen of the nuclear issue will expose the real global threat: its active sponsorship of violent extremism.”

This might be what Zarif really thinks — but it’s not what some Saudis believe. Former senior Saudi diplomat Abdullah al-Shammari told Al-Monitor that his country has not and will never start a clash with Iran. “As Deputy Crown Prince Mohammed bin Salman said to The Economist, war with Iran is a big disaster that we won’t allow to ignite,” said Shammari, who has a special interest in Iran and Turkey. “There were no planned or direct intentions to raise the stakes of tension with Iran; on the contrary, Iran is the one who started [the recent collision] and Saudi Arabia was only responding.” This veteran Saudi diplomat said the kingdom was intimidated by “Iran’s barefaced intervention in our internal affairs. This showed Iran as a sectarian entity. The real reason behind the severing of ties wasn’t only the burning of the Saudi Embassy in Tehran and the looting of it. It was the last straw that broke the camel’s back.”

Saudi Arabia has not been alone in severing diplomatic ties with Iran. Several Arab countries, including Bahrain, Comoros, Djibouti, Sudan and Somalia, have made the same decision. Other Arab countries have taken other measures to convey their dismay to the Iranians. The United Arab Emirates has downgraded diplomatic relations to the level of charge d’affaires, while Kuwait, Oman and Qatar — all members of the Gulf Cooperation Council (GCC) — summoned the respective Iranian ambassadors. An Iranian official who spoke to Al-Monitor on condition of anonymity said, “The Saudis wanted to show Iran as isolated, but the best they could do was to ask countries whom we respect, but are less effective, to boycott us. They weren’t even capable of convincing other Gulf countries to take such a decision.”

Bahrain’s relations with Saudi Arabia have been very close, while Manama’s ties with Iran have always been problematic. The latter has particularly been the case after the 2011 Bahraini uprising, which was inspired by other Arab Spring protests. Bahraini authorities have blamed the protests on Iran and its influence on the Shiite majority in the country, which largely took to the streets. Of note, Bahrain has on numerous occasions accused Iran of being behind terrorist plots within its borders.

Sudan was a close ally of Iran for decades, until September 2014, when Sudanese authorities surprisingly ordered the closure of the Iranian cultural center in the capital Khartoum. Relations have since then gradually been deteriorating, until Jan. 4, when Sudan finally followed Saudi Arabia in outright cutting diplomatic ties with Iran. “The kingdom succeeded in proving to the world that this is not a Saudi-Iranian problem,” Shammari told Al-Monitor. “It was capable of mobilizing allies in the GCC, Arab League and the Organization for Islamic Cooperation, and the UN Security Council issued a statement.”

Iranian officials believe the Saudi government is trying to tackle the implications of the July 14, 2015, nuclear deal between Iran and six world powers. “The fundaments of the Saudi policy that are based on enhancing Iranophobia faces serious obstacles, mainly with the achievement of the Joint Comprehensive Plan of Action by Iran, which boosted the regional and international standing of Iran,” said Miryousefi from Tehran. He added, “On the other hand, the sharp reduction in global oil prices has also left Saudi Arabia faced with major problems — both inside and outside the country — which has made Riyadh’s pursuit of adventurous policies in Yemen and Syria more difficult.” Miryousefi also spoke of what he called “the four-sided coalition formed by Syria, Iran, Iraq and Russia,” arguing that it has “changed the balance of power in Syria to the detriment of Saudi Arabia, undermining Riyadh’s standing in the Arab country [Syria].” He further suggested to Al-Monitor that “domestic challenges have been exacerbated in Saudi Arabia following the demise of King Abdullah, after which a bunch of inexperienced youths have taken charge of the country’s affairs and have caused the savage aspect of the country’s policies to overcome its outward prudence and pretenses, and this situation will certainly work to their detriment.”

Now the key question in the minds of many analysts and observers is “What next?” Some are making efforts to try to bridge the growing divide between Iran and Saudi Arabia, such as Pakistani Prime Minister Nawaz Sharif. Yet according to Shammari, such efforts appear to be a bit premature. Shammari told Al-Monitor, “Going back to before Jan. 2 [when Saudi Arabia cut relations with Iran] isn’t expected in the near future, especially after Iran’s Supreme Leader [Ayatollah] Ali Khamenei said that the blood of Nimr will show its effects rapidly and divine vengeance will seize Saudi politicians.” Shammari thus concluded that while “a restoration of ties isn’t expected soon, but let’s say we hope we can manage the limits of differences between the two countries.”

The fact of the matter is that not only direct factors play into the strife between Iran and Saudi Arabia. The former twin pillars of US Middle East policy back in the 1970s are today competing for monopoly of power in the Middle East, the hearts of global powers, pockets of investors around the world and also the hearts of Muslims wherever they are. This struggle is great enough to be given different masks to wear — sometimes cloaked as Sunni-Shiite strife and sometimes as an Arab-Persian conflict. On certain occasions, it’s even about who has the most influence in the Gulf. However, despite all analysis referring to the latter, the Iranian-Saudi tension has been ongoing for decades. It stretches back until before Iran’s Islamic Revolution in 1979 and before the oil boom in the 1960s. This tension is very unlikely to end for good — whatever the circumstances are or were — because while the two rivals may agree on some terms, they have never become friends.