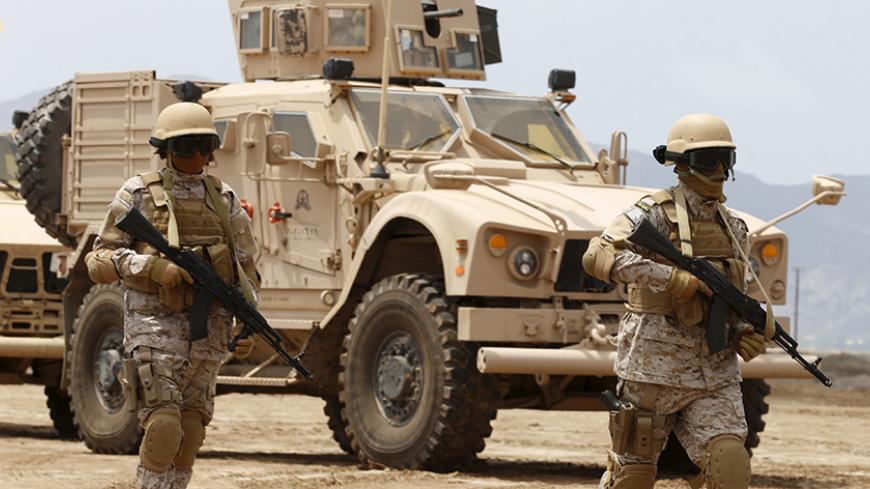 The Saudi war in Yemen is increasingly becoming an impossible war to win. With the death toll of Yemeni citizens reaching thousands and the near devastation of the country, Saudi Foreign Minister Adel al-Jubeir can only write off the rising body count as casualties of war while assuring his audiences that Saudi weapons are precise in reaching their targets.

The Saudi military intervention may have reached a dead end six months after it started, despite announced victories in Aden and other southern Yemeni territories. The brief return of exiled Yemeni President Abed Rabbo Mansour Hadi to Aden in September on a Saudi airplane was meant to mark a symbolic Saudi momentary victory rather than an important turn signaling an undisputed positive outcome. The Saudi war on Yemen is not an inevitable war of self-defense forced on the leadership by Houthi expansion inside Saudi Arabia and undermining Saudi national security. Instead, it was a pre-emptive strike to inaugurate an aggressive Saudi regional foreign policy.

Civilian casualties are very high on the Yemeni side, while the Arab Coalition forces, mainly Saudi Arabia and the United Arab Emirates (UAE), are just beginning to experience the high human cost of war. In Saudi Arabia, the war claimed the lives of military personnel on the Saudi-Yemen border following retaliatory shelling by the Houthis and attacks inside Yemen. The war is bound to raise questions about the ability of Saudi Arabia to eliminate the Houthis and the influence of their backers on the Arabian Peninsula, namely Iran. Rather than undermining those pledges, Saudi fatalities have become part of the government’s nationalistic propaganda that the pre-emptive strike was necessary to avoid such outcomes. The war has led to what the Saudi leadership actually warned against in justifying it, even before the Houthis attacked Saudi territories. However, instead of a swift victory in Yemen, Saudis are now being killed inside their own country while their troops inside Yemen have been targeted in devastating attacks, such as the one in Marib in early September, when 10 Saudi soldiers were killed.

Victory in a regional war fought by airstrikes under a vague coalition, a limited number of ground troops from several countries and local Yemeni militias do not seem to be on the immediate horizon. The international military coalition the Saudis hoped for turned out to be only a mini-consortium of countries willing to participate. The Saudi war turned into a Saudi-Emirati alliance with other Gulf Cooperation Council (GCC) countries reluctantly supporting it. Oman was the only GCC country refusing to take part in the bombing. Qatar and Kuwait expressed support with only the former contributing ground troops. In addition to the UAE's very active role, Bahrain wholeheartedly backed Saudi leadership as the war narrative against Iran fits very well with the Bahraini regime’s objective of dubbing its own uprising as an Iranian conspiracy.

It seems premature to announce a Saudi victory, considering that the official immediate objective of the war is to free the city of Sanaa from Houthi control and restore Hadi to the presidential palace. The Saudis are perhaps unclear about the post-war future of Yemeni politics should they reclaim Sanaa from the Houthis. They can only hope to install a loyal Yemeni government with the ability to keep the Houthis under control, especially in the northern parts of Yemen.

The worst-case scenario for Saudi Arabia is perhaps the possibility of the war turning into a prolonged military engagement that may perpetuate a long Yemeni civil war, backed by selected regional and international players, alongside the one that has been raging in Syria since 2011. This will no doubt drain Saudi resources and undermine the domestic objectives of the war, namely the consolidation of King Salman bin Abdul-Aziz Al Saud’s monarchy, the projection of military might, the appeasement of jihadis and Islamists, and the consolidation of a Saudi militarized religious nationalism.

A prolonged war risks damaging the Saudi leadership and unleashing domestic dissidence if the number of Saudi casualties increases. The forces that had supported the war inside the country, such as the Islamists, may lose their patience and return to opposition politics. They may start seeking rewards from the Saudi leadership in return for their enthusiasm for the war and their support for Salman. The king can come under pressure to honor this support with concessions of some kind.

The semblance of Saudi victory in Yemen may also come with al-Qaeda or Islamic State (IS) gains; both may consolidate their control over parts of Yemen. It is not clear how the Saudi leadership will deal with militants gaining control of parts of Yemen. There is also no announced plan for reconstruction and power-sharing in a country that has been characterized by a strong society and weak state. Despite Yemen’s poverty, multiple forces have always challenged the state and curbed its ability to rule over vast territories.

A second scenario that is more likely if the war continues is turning the current de facto partition of Yemen into a permanent de jure arrangement. The divisions in Yemen will not be along the north-south lines as it used to be, but between multiple players, each of which controls specific territories. These will include the forces of the Houthis, deposed President Ali Abdullah Saleh, exiled President Hadi, the southern separatists, al-Qaeda and IS. Many of these forces will seek foreign patrons to consolidate territorial gains. Those seeking Saudi patronage without clear and imminent victories on the horizon will drain the country and its resources or switch allegiance to a competing external power — a not-uncommon strategy in Yemen. Deposed President Saleh, who is now fighting against the Saudis, had been a loyal ally of Saudi Arabia for decades before he switched allegiance and became a Houthi supporter. The shifting alliances of Yemeni domestic politics will no doubt become troublesome should the war last longer.

A final, more lasting, but unlikely, outcome of this war in the short term would be a unified, federal Yemen in which peace is restored and power-sharing is achieved. The complexity of the Yemeni situation and multiplicity of political actors, coupled with the polarization and sectarianism in the Arab world, will exhaust the Saudi leadership’s ability to forge a quick and acceptable resolution in Yemen. It is unlikely that Salman will be able to orchestrate an agreement such as the one that ended 17 years of civil war in Lebanon under what became known as the Taif Agreement.

As the Saudi regime is now fully entrenched in domestic and complex Yemeni politics, it may find that its own war objectives do not actually result in a stable Yemen on its southern borders. The war looks like it is going to be a long adventure, leading possibly to nothing but more destruction.