The formation of the new Presidential Leadership Council is a remarkable revival of Yemen's General People's Congress (GPC) and a prologue to ending fighting in Yemen's south. This could throw the Houthis into confusion in the months to come. 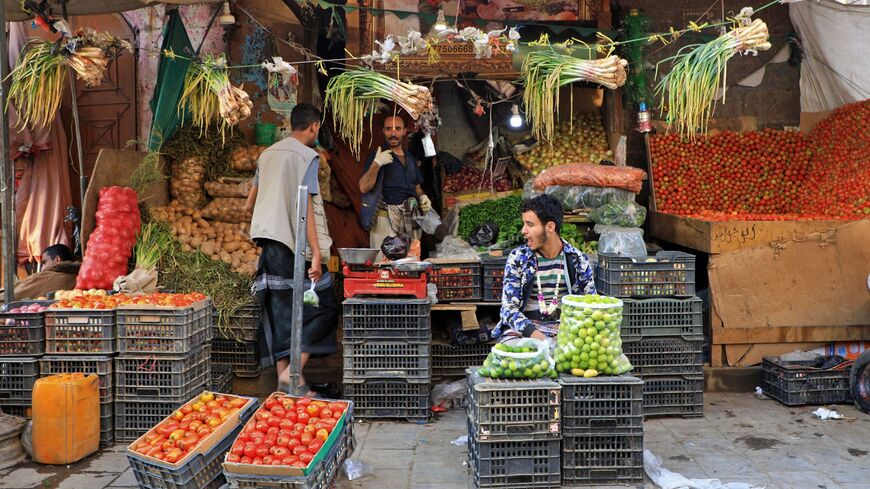 Yemenis shop at a market during the Muslim holy fasting month of Ramadan, in Sanaa on April 6, 2022. A two-month truce has started in war-torn Yemen in a rare sign of hope for a country battered by seven years of conflict. - MOHAMMED HUWAIS/AFP via Getty Images

The tide of war in Yemen has subsided since early April, and life has been easier without daily armed clashes and airstrikes. Thanks to the UN-sponsored two-month truce reached by the warring sides in Yemen in March, the number of civilian casualties has declined and the fuel crisis has disappeared.

About 10 days remain of the cease-fire. Once it is over, Yemen will see a resurge of the fighting or more peace initiatives in the hope of sparing this country further bloodshed. If the war starts anew, it will pit the Iran-allied Houthi group against the Saudi-backed Presidential Leadership Council, which was declared on April 7 as the new face of the UN-recognized government.

This council is headed by Rashad Al-Alimi, a former interior minister who belongs to the General People's Congress(GPC), a popular political party in Yemen. In 2014, the party paved the way for the Houthi takeover of Sanaa and partnered to rule areas under their control. While the Houthi group kept accumulating power, the GPC disintegrated. However, the recent creation of the new Presidential Leadership Council is a remarkable revival of the GPC, and this could throw the Houthis into confusion in the months to come.

Today, the council is exercising its duty in Aden. The government ministers and parliament members have also returned. Former President Abdu Rabbu Mansour Hadi, the government and the parliament had been in exile since 2015. That reality gave the Houthis better political and military leverage. However, the ongoing presence of the GPC-headed council on the ground in Yemen could impose a new political and military scenario.

Adel Dashela, a Yemeni researcher and political commentator, told Al-Monitor that there is an attempt to restore the leading figures affiliated with the regime of late then-President Ali Abdulla Saleh, who headed and founded the GPC and was killed by Houthis in 2017. Dashela indicated that the political and military scene has changed, and the armed militias across the country have multiplied. "It is hard to bring back the regime of Saleh as it was. However, the GPC can be a partner in any deal. This is possible and important."

Over the last seven years of war, the Islah Party was viewed as the one that influenced former President Hadi's decisions. Consequently, the Saudi-led coalition did not provide adequate political support to the president. He was kept in exile, incapable of returning home due to the security risks and unstable conditions in the Houthi-free areas.

Moreover, the southern secessionist movement hindered the operation of Yemen's internationally recognized government, and that would not have occurred without the approval and backing of the UAE. The Emirates and southern separatists deemed obstructing the government an approach to weaken the Islah Party in the country and prevent its power accumulation.

Though the coalition had militarily supported the Yemeni government forces over the last seven years, such support did not intend to restore the former president or vice president to power. With the formation of the new leadership council, the backing approach by the coalition has changed. It has facilitated the return of Yemeni officials to Aden, and it pledged $3 billion to boost Yemen's economy. The alteration of the coalition's support strategy is likely to bring a different outcome.

A military researcher requesting anonymity in Houthi-controlled Sanaa told Al-Monitor that the most challenging phase for the Houthi group has just begun. "Over the last seven years, Yemen's political parties have turned enemies against each other, which was a great service for the Houthi expansion. Now the parties and armed groups have come together under the umbrella of the leadership council. Therefore, it is hard for the Houthis to fight all of them and gain victory."

According to the military expert, the unity of command of the anti-Houthi forces can guarantee a significant change in who controls what in Yemen. However, if the leadership council fails to unite its armed groups, the Houthi military supremacy will persist, he added.

Basheer Mohammed, a Houthi supporter and fighter from Sanaa, told Al-Monitor it would be massive pressure on the Houthi movement if the fighting simultaneously erupted on multiple frontlines in Yemen. The frontlines will break out in many provinces, including Hodeidah, Dhale, Marib, Al-Beidha, Taiz and Al-Jawf.

"The [Houthi] leadership does not display its worry about the reorganization of the opponents. It is prepared to deal with any scenario. But I cannot belittle the rivals' forces, particularly if they fight us collectively. Their divisions are our strength," Mohammed said.

Nasser added, "A GPC figure leads this new presidential council. The GPC has wide popularity across the country. In addition, it has good ties to various countries. This party is not founded on any religious idealogy, and this feature makes it acceptable inside and outside Yemen. With the local and international support, the presidential council can defeat the Houthis militarily or drive them to engage in serious peace talks."

Hitherto, it is hard to predict who will make gains on the ground if the war resumes after the truce expiry. The Houthis have been the dominant military force in Yemen since 2015. With the April power shakeup in the UN-recognized government, the dynamic of war is set to change.