Hope, despair in Yemen as Biden travels to Saudi Arabia

Ahead of the US president's Saudi trip, Yemenis are feeling a mixture of optimism and gloom about its likely benefits for them. 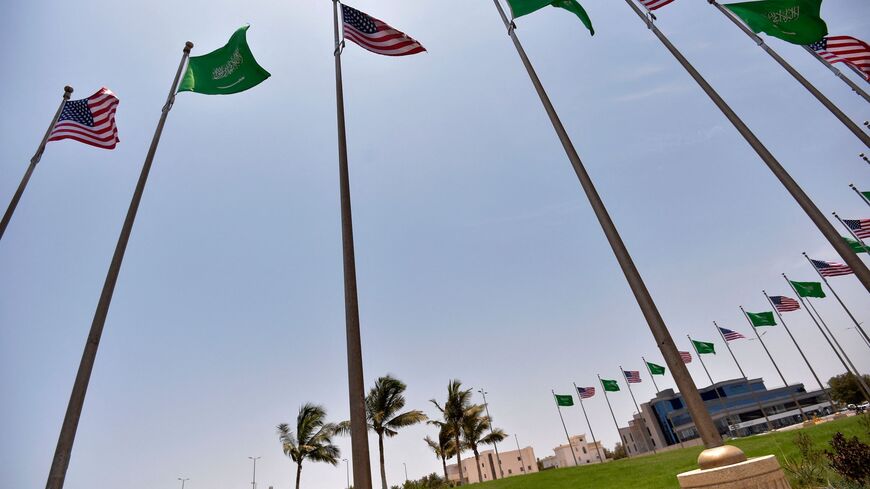 Saudi and US flags line King Abdulaziz Road in the Saudi Red Sea port city of Jeddah, on July 14, 2022, ahead of a visit by US President Joe Biden. - AMER HILABI/AFP via Getty Images

US President Joe Biden’s Saudi trip is expected to usher in a new phase of cooperation and partnership between the two countries after a year and a half of tensions between the current US administration and the Saudi leadership.

While the kingdom has been a longtime US ally, the former’s human rights record, including its military engagement in Yemen, has damaged its image before many world leaders. Biden had pledged to make Saudi Arabia a “pariah” after the killing of Saudi journalist Jamal Khashoggi.

Now his narrative has changed, and this visit marks the start of a thaw between Biden’s administration and the Gulf oil-rich monarchy. Yemeni people are left to ponder what will happen next in their country, where a US-backed Saudi-led military coalition has been fighting the Iran-allied Houthi group since 2015.

Yemeni political researcher and author Adel Dashela told Al-Monitor that the presidential visit to Saudi Arabia suggests a new US strategy that seeks to enhance relations between Israel and Arab countries. The other purpose, he reckons, is to prompt an increase in Saudi oil production to address the Russia-Ukraine war’s energy consequences.

However, the Yemen war is not a primary issue for Biden and Saudi Arabia, according to Dashela, who said, “The crisis in Yemen will be discussed in the summit during Biden’s visit, but it will be a secondary matter. The proof is that Yemen’s UN-recognized leadership was not invited to attend this event.”

He added, "Biden’s tour to the kingdom will fall short of bringing about a radical solution to the Yemen conflict. The maximum benefit from Biden’s trip is possibly extending the truce.”

Ceasing Yemen’s disastrous war has been a foreign policy priority for the present US administration. President Biden openly expressed what his purpose of meeting with Saudi leadership is.

“The overall piece here is we’re also going to try to reduce the deaths in the war that’s occurring in Yemen. There’s a whole range of things that go well beyond anything having to do with Saudi in particular,” Biden said during a press conference in Spain on June 30.

Abdulfatah Ali, a university student in Sanaa, told Al-Monitor that he feels Biden has shown empathy and sympathy for Yemeni civilians. He said, “I am hopeful that Biden’s visit will bring good to Yemen, at least a longer cease-fire. This American president has been different from Trump and Obama, and we have seen this first truce in seven years because of the US diplomatic efforts over the last year.”

In February last year, Biden appointed Tim Lenderking as the first US envoy to Yemen. Lenderking has worked with the UN envoy to Yemen to secure a two-month truce that began on April 2. The cease-fire was extended for two more months, granting civilians tremendous humanitarian relief.

Sanaa resident Zuhour Saleh is cautiously optimistic about the Yemen-related outcomes of Biden’s Saudi visit. Saleh told Al-Monitor that even if Biden is serious about ending this conflict, he will not stop it.

She explained, “Yemen has multiple armed and political factions who seek to achieve different objectives. There is the Yemeni government supported by Saudi Arabia, the Houthi group backed by Iran, the UAE-allied southern separatists and other armed militias. So Biden’s meeting with Saudis cannot end all disagreements between these many groups.”

While some Yemenis have faith in the American peace efforts in Yemen, others express doubt. Sanaa resident Basheer Mohammed said that the United States prioritizes its interests in the Middle East and Israel’s security.

Mohammed said he knows that Saudi Arabia has used US-made warplanes and ammunition to bombard Yemen over the last seven years. He is skeptical that the current US leadership will welcome the financial losses of its arms industry once peace is established across Yemen.

“The role of the US in creating Yemen’s misery outweighs its role in supporting peace efforts. That is why I am convinced that Biden’s visit to Saudi Arabia may mean political and military encouragement to Saudis. And this will cause additional suffering to Yemenis should the war resume,” Mohammed told Al-Monitor.

Ahmed Nagi, a non-resident scholar at the Malcolm H. Kerr Carnegie Middle East Center in Beirut focusing on Yemen, argues that putting out the flames of war in Yemen is not the purpose of Biden’s Saudi visit. “The main purpose of Biden’s visit is to cement US regional ties in order to pave the way for solutions to the energy crisis,” Nagi stated in a recent analysis.

Nagi is critical of Biden’s Yemen strategy. He stated, “During his Saudi visit, Biden will attend a summit of the Gulf Cooperation Council plus Egypt, Iraq, and Jordan. … However, the internationally recognized government in Yemen will not be among those attending.”

It has been about eight years since Yemen slid into a cycle of chaos and war. Diplomatic efforts and initiatives to bring peace have faltered and military efforts have been ineffective. The conflict has become a complex issue at both the regional and the international level.