With Iran threat off table, Israel should resolve Palestinian issue

The nuclear deal with Iran actually offers Israel new opportunities, by pushing aside the ongoing focus on the nuclear threat and concentrating on resolving the conflict with the Palestinians. 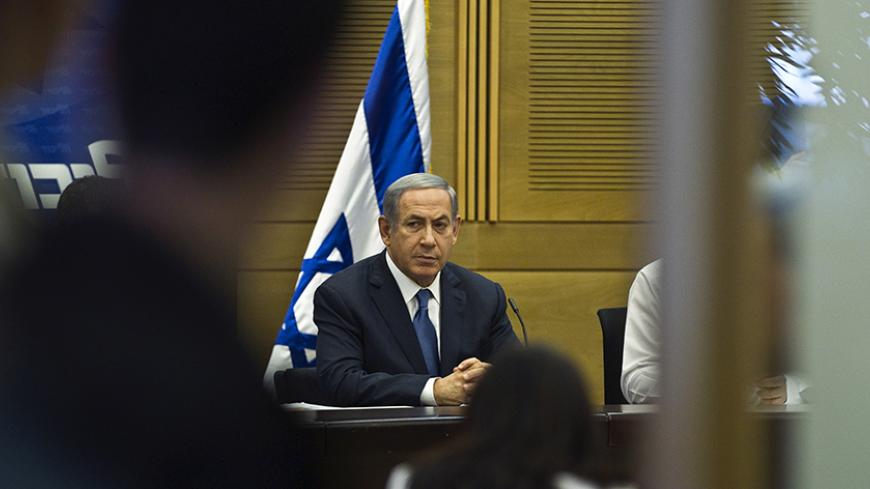 The cries of glee emanating from Vienna on July 14 set off battle cries in Jerusalem. Prime Minister Benjamin Netanyahu was quick to announce that Israel is not bound by the nuclear agreement reached between Iran and the world powers. Across the ocean, the US ambassador to the United Nations, Samantha Power, was quick to announce that she would submit the agreement as a resolution to the UN Security Council for an urgent vote.

The signatures on the agreement of the Security Council’s five permanent members ensure its passage through UN channels. But Netanyahu is not giving up and is reaching out to every corner of Capitol Hill in the hopes of lining up a sufficient majority to block the deal — a majority large enough to override a presidential veto. A short while after word came from Vienna, Netanyahu tied his own hands with a unanimous decision by the government’s diplomatic-security Cabinet rejecting the agreement.

On July 12, Netanyahu formed a panel to assess the implications of a bizarre proposal by opposition lawmaker Knesset member Sharon Gal, imposing the death penalty on those committing security-related offenses, known as “terrorists,” before the government formulates its position. At the same time, the complex international nuclear agreement with Iran had not even been translated into Hebrew when the ministers declared all-out war on the document on which the ink had barely dried.

Let's assume that Netanyahu’s personal charm, aided a bit by Sheldon Adelson’s personal fortune, succeeds in obtaining the required majority to bring US President Barack Obama to his knees. Let's assume that the Republicans manage to humiliate the leader of the United States and force him to veto an agreement perceived by many as one of his peak foreign policy achievements. Will the congressional decision be binding on Russia, China and the European Union states that are signatories to the agreement?

An answer was provided July 14 by Frank-Walter Steinmeier, the German foreign minister who is Israel’s loyal gatekeeper in the European Union. The minister publicly reprimanded Netanyahu, saying that “Israel should take a closer look at it and not criticize the agreement in a very coarse way.” Even Israel’s great friend Canadian Foreign Minister Rob Nicholson expressed appreciation for the powers’ efforts to reach an agreement and promised that Ottawa would judge Iran by its deeds, not its words, and would “examine the deal further” before taking any action.

A senior Israeli Foreign Ministry official, who has been closely following the Iranian issue in recent years, discussed with Al-Monitor on condition of anonymity Israel’s ability to influence ratification of the agreement by its signatories. “Bibi [Netanyahu] knows full well that the agreement was signed between Iran and six [world] powers, and not just with the US,” he said. “Everyone understands that Russia, China and Germany will not sign off on what Congress does.” He described Netanyahu’s opposition to Obama as “uncontrollable and political,” and that he is convinced that the prime minister’s moves in Congress will fail, as did the Israeli attempt in 1981 to thwart the sale of advanced warning AWACS aircraft to Saudi Arabia.

“I will tell you something that they don’t tell you in the Foreign Ministry,” the official said. “The agreement looks good to anyone not engaged in governmental public diplomacy. That includes the [military] chief of staff and many senior officials in the intelligence community. We understand that the Iranian threat has been deferred for a far longer time than we ever imagined in our rosiest dreams, with minimal danger for Israel.”

He added, “Not only that, the agreement creates superb opportunities, which must be and can be used, if done correctly, of course. For instance, Iran will have a vested interest in maintaining calm in the near future, and Europe and the United States can be used to pressure it to rein in Hezbollah in arenas where it operates against us — on the Golan Heights and abroad.”

Netanyahu has for a long time been turning down the ladders placed by the United States at his feet in order to enable him to come down from the demands he made on Obama. These included an attractive defense aid package and security guarantees against aggression on the part of Iran and its regional allies. The prime minister opted to gamble on Congress, assuming that he would be able to both beat Iran and humiliate Obama. But just as in a casino and in military conflict, one must know when to retreat and count one’s losses. US Defense Secretary Ashton Carter is being sent to Jerusalem next week to reassure Netanyahu. The prime minister will have to decide if he wants to concentrate on the task at hand or to pick a fight.

Avner Cohen, senior fellow at the James Martin Center for Nonproliferation Studies at the Monterey Institute, told Al-Monitor on July 14 that beyond improving Israel’s position with a bilateral package of understandings with the United States, the Iran deal has other advantages. “After some 20 years of manipulating people in a national scare campaign, known as ‘the Iranian threat,’ we have finally been given an opportunity to remove the manipulative politics of fear from the public agenda,” said Cohen, author of “Israel and the Bomb,” who was one of the first people to provide a significant glimpse into the Israeli nuclear issue. According to him, the disappearance of “the Iranian threat” could have a positive effect on the nuclear debate within Israel, including an anchoring in law of the atomic energy commission the way it’s done in "enlightened states."

Removing the Iranian threat from the headlines would make way for dealing with the constantly increasing threat of Israel becoming a binational state or an apartheid regime within less than a decade. In recent years, Netanyahu has engaged the world with curbing the Iranian nuclear program, demanding an ever-stricter sanctions regime. In the coming years, the world might be engaged in curbing the Israeli occupation regime and demanding tighter sanctions against the settlements.

Netanyahu complains that the agreement with Iran expires after 10 years. It turns out he knows how to think ahead beyond the next elections and to worry about future generations. If he devotes just some of the energy that he has invested in the Iranian matter into the Palestinian issue, in another 10 years Israel will be a far safer, more likable and democratic place.