Is Israel in cahoots with Saudi Arabia?

Israel and Saudi Arabia feel that the United States is playing a bad hand in its negotiating with Iran, trying to offer more and more compromises while Iran isn't budging. 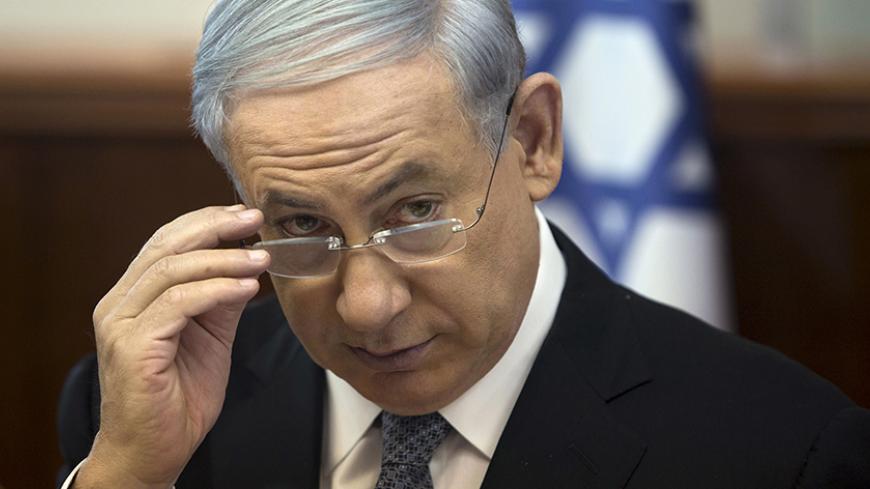 In a previous article, I described the strange reality we face in which Prime Minister Benjamin Netanyahu refuses to engage in any kind of dialogue with the US administration to receive a generous and perhaps unprecedented “compensation package” as a result of the emerging agreement between Iran and six world powers. My article elicited numerous reactions, not only from Jerusalem and Washington, but from the entire international alignment, especially Europe and the Middle East.

As of today, upper echelon diplomatic sources think that Israel is in cahoots with Saudi Arabia, which announced this week that King Salman bin Abdul-Aziz Al Saud will boycott the summit that President Barack Obama has planned for May 14. The United States had invited all of its Middle East Gulf allies to Camp David for a summit also intended to deal with the ramifications of the negotiations with Iran and the emerging nuclear arms race in the Middle East.

“It is no coincidence that the Israelis refuse to enter into altercations with the Americans when the Saudi king simultaneously pulled a very public, humiliating stunt and said no to the US president,” I was told by a high-ranking European diplomat who requested anonymity. “Israel is working against the agreement on all fronts, not only in the US Congress but also in the Gulf states. Israel’s actions strengthen the Saudi actions, and the reverse.”

In other words, Israel is in the midst of a somewhat secret diplomatic world war against the United States. And in this war, Israel is acting as if it is a world power.

The Americans are at a loss. They have given up trying to understand Netanyahu’s system of considerations and the rationale behind his actions. As far as they are concerned, he has become indecipherable. The way the Americans see it, Netanyahu put himself in a lose-lose situation and is passing up a great opportunity for a strategic upgrade. After all, it is obviously clear to Netanyahu (so the Americans think) that if an agreement with Iran is reached, the president will receive congressional approval. Netanyahu has no chance of finding a two-thirds majority in the Senate and the House of Representatives to block the agreement.

A source in Washington with inside knowledge of the goings-on on Capitol Hill and who wished not to be named told me this week, “Netanyahu’s meddling in American domestic politics, the speech he delivered to the two houses of Congress in the context of an unprecedented confrontation with the president — all these actually benefited Obama’s camp by consolidating the Democratic minority. Therefore, what’s left for Netanyahu to do now is to try to capitalize on the situation by achieving as many strategic assets as possible on behalf of Israel’s national security. It has to happen now; you have to hit the iron while it’s hot, but Netanyahu is ignoring all this as if it’s just nonsense and he knows something that others don’t.”

In Netanyahu’s environs, there are those who volunteer explanations. A high-placed Israeli diplomatic source said on condition of anonymity, “Entering into negotiations with the American administration over a compensation package now would constitute a kind of Israeli complicity or tacit agreement with the deal being worked out with the Iranians. Netanyahu views such complicity as immoral, unethical; he has sworn to fight what he calls a ‘historic tragedy’ with all his might until the last minute, maybe even afterward. Thus he will not allow himself to be associated with this agreement in any shape or form, not by an act of commission and not by an act of omission. The fact is that Netanyahu is not the only one taking this tack; some important US allies in the area are doing the same thing.”

A few months ago, a very high-level Israeli intelligence official participated in a “war game” that took place in one of the large think tanks in the United States. The game simulated various scenarios in the negotiations between the world powers and Iran, while rehearsing various modes of action and even a tense deterioration toward military confrontation. The Israeli official did not take an active part in the game itself, but when I asked for his opinion, he said that you can’t conduct such critical negotiations as these issues with the Iranians without a figurative "stick." The world powers, and mainly the United States, are trying to play the game with only the "carrot." Just imagine that one night, an unidentified Tomahawk missile strikes a factory for creating centrifuges in Iran, after prior verification that the site is deserted at night and there will be no loss of human life. Out of the blue, in the middle of the night, a sensitive infrastructure site connected to the Iranian nuclear program would be destroyed and no one would assume clear responsibility. What, in your opinion, would this do to the negotiations with the Iranians? What would it do to Iranian flexibility?

According to the official, the United States approached the negotiations with Iran like a satellite state, not a superpower, while Iran acts with the self-confidence of a superpower that is not at all worried about the repercussions of its actions.

In a private conversation with Al-Monitor, the source added, “After every round of talks vis-a-vis Iran, the Americans would go home and begin another desperate effort to show even more flexibility; they’d think of creative solutions, forfeit things here and there and try to create new candies to dangle in front of the Iranians. What did Iran do after each round of talks? Nothing. They went home and did nothing, didn’t budge from their positions and were not troubled in the least. This is no way to conduct negotiations. The most prominent fact is that the Iranians suspended their military program in 2003, when American soldiers invaded neighboring Iraq. No one is pushing the US to invade anywhere, but there’s no doubt that Iran respects power and understands power. The fact is that the Iranians know, are convinced and certain that the US has no military option and no way out other than an agreement. And this plays to Iran’s benefit.”

An abyss has opened between the Israeli-Saudi side and the Americans — a chasm so deep that it is almost unbridgeable. The Americans are sticking to their guns: For the moment, there is no other alternative to an agreement with Iran. This is the current situation, period, and we should maximize its advantages and minimize its disadvantages. Should an agreement be reached, the president will get it ratified by Congress, and even if not, it will still go through because there will not be a two-thirds majority against it. Therefore, the most logical thing that Netanyahu can do now for Israel’s national security is to open talks with the administration. He will not be requested to approve the agreement or to speak in favor of it. All that he would be expected to do is moderate his lobbying in Congress against the agreement. In the current situation, there is a window of goodwill in the US administration that would allow Israel to gain significant achievements with everything connected to its national security. Discussions could be held about the "day after," about defense and military assistance, about types of possible responses should Iran violate the agreement, about an Israeli response, about conditions for ratcheting up US sanctions, on joint policy and responses to Iran’s continued provocations in the Middle East in general and especially in countries contiguous to Israel.

Yet, Netanyahu forfeits all this with a dismissive wave of his hand. At the moment, he couldn’t care less about Obama. It could be that he has completely given up on the president and he is counting down his months left in the White House, until the emergence of his successor. One way or the other, people in Washington are convinced that his is not a rational response but an emotional, maybe even psychological one.

Meanwhile, Netanyahu is gearing up for the new and improved diplomatic tsunami that will hit Israel immediately after the new government is sworn in. The first signs are already here; in the past few days Netanyahu received information that Washington is debating whether to renew the peace initiative, to make do with the UN Security Council resolution (without casting a veto) or to abandon the whole thing and give up. Netanyahu, for his part, will do everything he can to make the Americans call it quits.

A US source in Washington told me this week on condition of anonymity that at least at the moment, all the signs point to Obama being far from giving up. “He still has time, almost two years, and he won’t concede the Palestinian issue. It could be that also from this aspect, it would be more preferable for Bibi [Netanyahu] to open communication channels with the administration now than receive without prior notice unwelcome diplomatic initiatives later.”